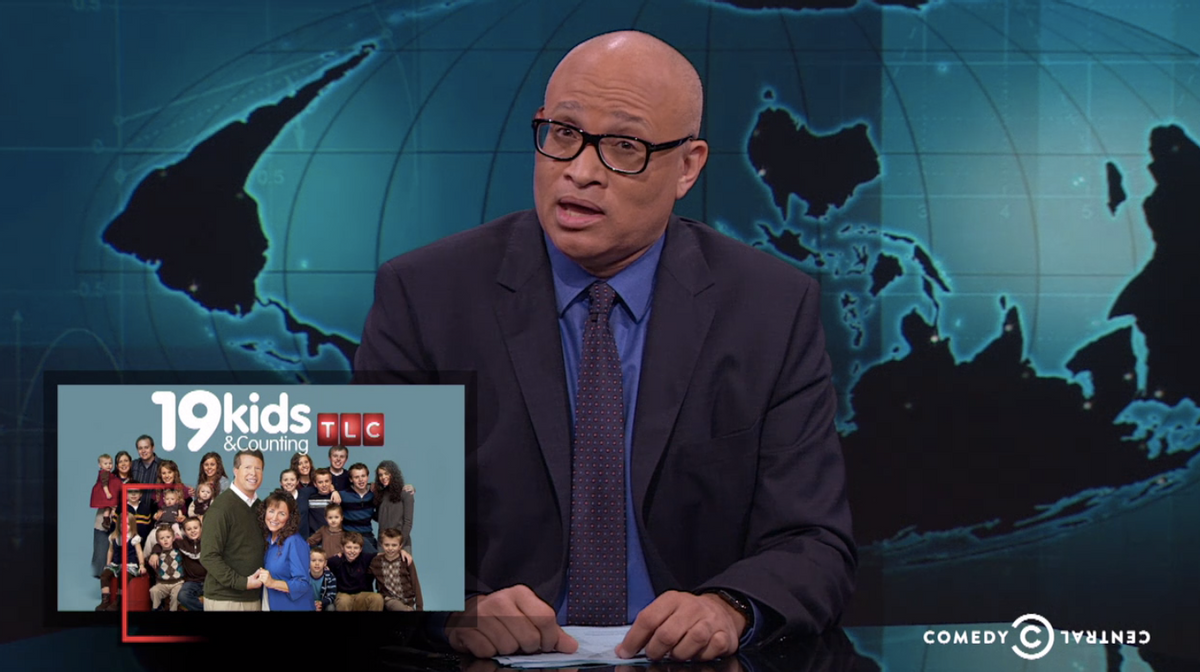 Larry Wilmore used Wednesday's "The Nightly Show" to highlight some of the hypocrisy underpinning recent Duggar revelations -- including, but certainly not limited to, the family's history of trans fear-mongering.

TLC has since pulled “19 Kids and Counting” from its schedule, but a decision is pending as to whether the series will be canceled. Advertisers — including General Mills and Walgreens — are swiftly abandoning the show in the wake of the molestation revelations.

“About 10 other advertisers have pulled out as well, which is ironic – because pulling out goes against everything the Duggars believe in,” Wilmore said.