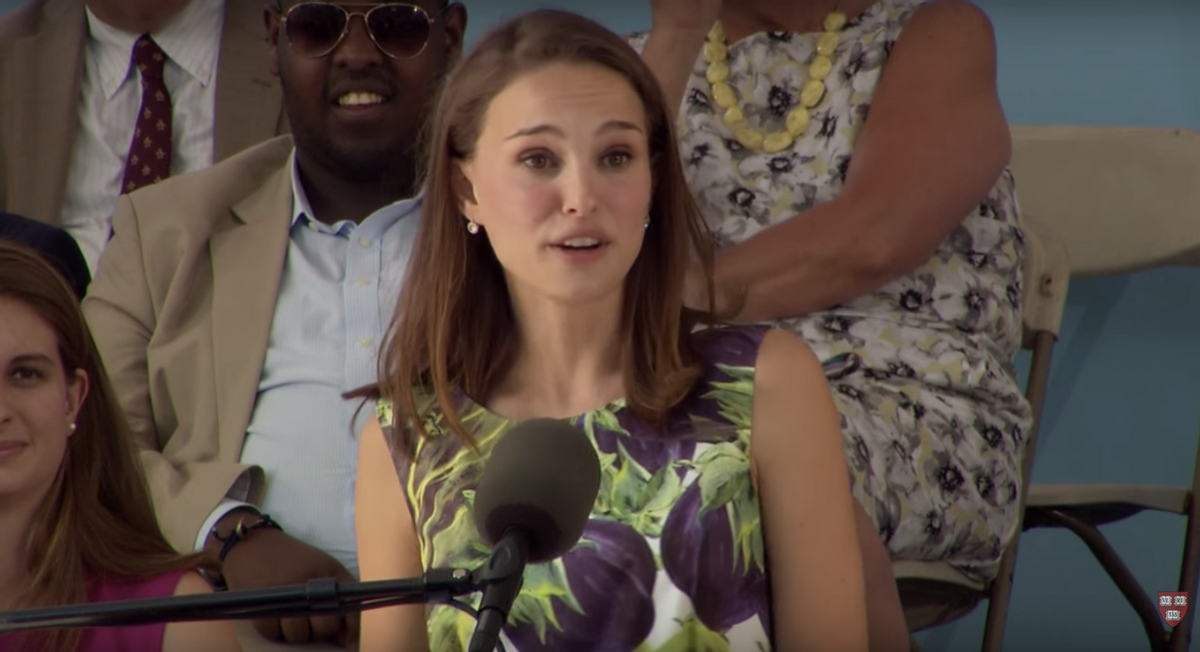 Natalie Portman returned to her alma mater, Harvard University, Wednesday to deliver a powerful commencement speech in which the now Academy Award-toting actress explained how "obliviousness" became her biggest asset throughout her journey to stardom.

Portman told the graduating class that when she first came to Harvard as a freshman in 1999, she had just wrapped "Star Wars: Episode I" and was insecure about students thinking she'd just ridden on the coattails of fame through the Harvard gates.

"I felt like there had been some mistake," she said. "...that I wasn't smart enough to be in this company."

When Portman was finally able to combat these feelings of self-doubt, there'd be more roadblocks to overcome: heartbreak, "taking birth control that's now off the market due to its depressive side effects" -- and much later, after graduating from Harvard with a degree in psychology, she'd have to learn to accept that theater was her calling and not some "frivolous" pursuit.

By the time Portman got to "Black Swan," she said that "the experience was completely [her own]." Portman had vowed to only sign onto projects that she could glean meaningful things from. And Darren Aronofsky's "Black Swan" -- a project she admits she was "woefully unprepared for" and was "15 years away from being a ballerina" when she signed on for -- would carry, perhaps, one of Portman's most meaningful life experiences.

"It was instructive for me to see that for ballet dancers -- once your technique gets to a certain level -- the only thing that separates you from others is your quirks," Portman said. "Or even, flaws ... You can never be the best technically. Someone will always have a higher jump or a more beautiful line. The only thing you can be the best at is developing your own self."