From network TV and high-powered music tours to even Democratic politics, Boomers continue to dominate 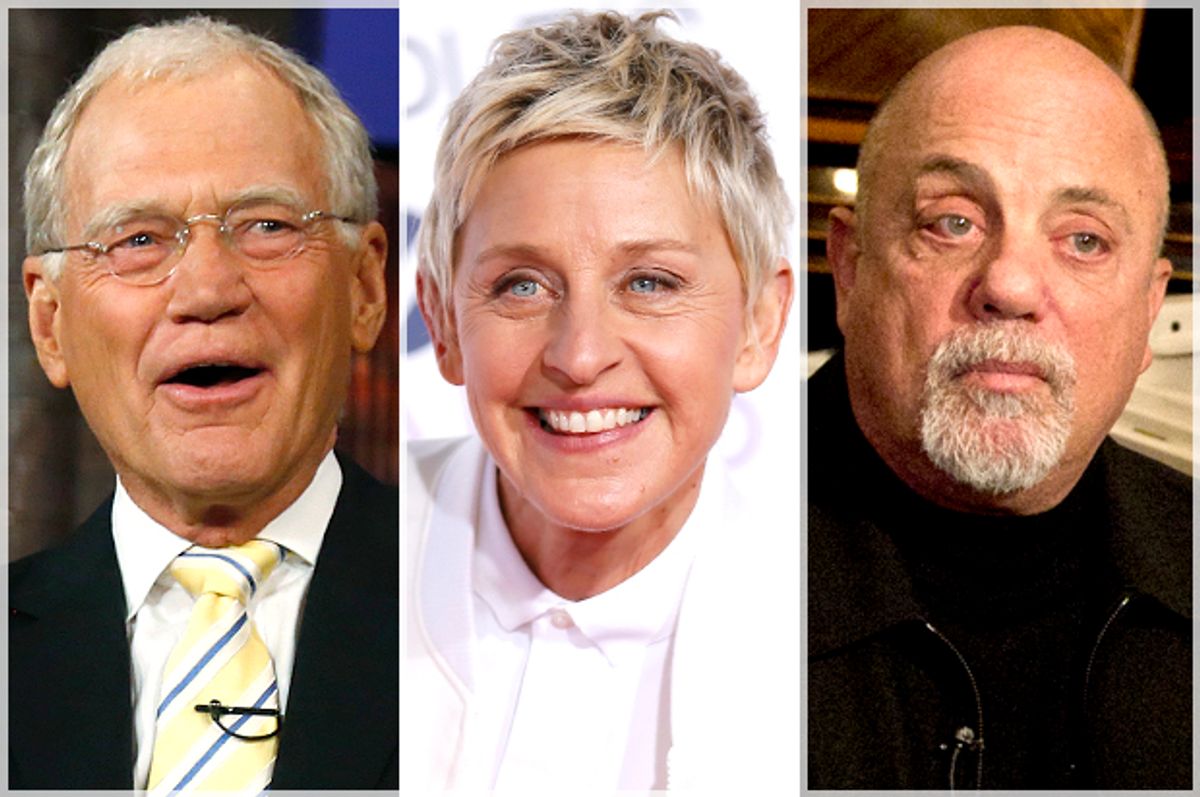 One thing that even smart, non-self-absorbed Baby Boomers often seem baffled by is how the rest of us – whether younger or older – have lived our lives in terms they established. Whether it was pushing the culture of the Silents out of the way as they grew up, or forming a musical monoculture like Album Oriented Radio, or defining the '60s – the decade of their own youth – as a universal signifier for youth itself, it’s hard for the rest of us not to feel like we’ve lived in the Boomers’ shadow and been forced to speak in their language.

And in a lot of cases, it wasn’t because Boomers were especially awful or cruel, but because their enormous size and wealth: This is the generation that lived its formative years in the postwar economic boom, and during their early adulthood the country built new colleges almost weekly to accommodate them. Boomers are like a (mostly) benign colonial power: It’s their world, we just live in it.

Now that the Boomers are turning 70, younger generations have begun to (finally) supplant them in some spheres, from hip hop to independent film to Republican (though not Democratic) politics. But one place where the Boomers are holding on for dear life is television. While Xers and Millenials have a presence in the high end of cable TV, the generation born from the mid-‘40s to the early ‘60s continues to dominate.

A new Variety column by Brian Lowry makes this clear:

The May rating sweeps are ostensibly a time for networks to put their best foot forward, trying to boost ratings to help affiliates. So what does it say that the survey that ended last week was bookended by events featuring sexagenarians: Bruce Jenner, 65, coming out as a transgender woman in an ABC interview (with 69-year-old Diane Sawyer); and David Letterman, 68, bidding farewell to CBS’ “Late Show” after 33 years as a latenight host?

Like the Fleetwood Mac-loving Boomer who could become our next president, many of this generation, he writes, are “heading into its traditional retirement years kicking, screaming and aerobicizing. In the process, they threaten to alter preconceived notions about aging, while running headlong into a media culture that exalts youth above all else.”

And it’s not just mainstream TV. “The baton-pass in latenight — ostensibly a younger person’s game, where Letterman hung on ’til now, and Jay Leno needed a shove to make way for the next generation — is only one example of how boomers differ from previous generations,” Lowry writes. It’s equally true in the executive suite. “At this month’s upfront presentations, those unveiling the primetime lineups gave the requisite nods to Disney CEO Robert Iger and CBS chief Leslie Moonves, who each extended their contracts past retirement age last year to 2018 and ’19, respectively.”

What’s striking is the Boomers’ long reach. They made up the audience for the explosion of ‘60s rock and soul, though the Beatles, Dylan, and Marvin Gaye were all Silents. And they made up both the musicians and the audience for punk. The dudes in most of the post-punk and early college-radio bands – Gang of Four, R.E.M., Replacements, Sonic Youth, etc. – were Boomers. It wasn’t really until Nirvana and Pavement hit that the postwar generation passed the torch. And the Boomer gods the Eagles and Billy Joel probably make more money each week, even decades past their dubious primes, than every ‘90s indie band put together.

That’s a lot of talent, for sure. You’d think they’d be done by now. And it’s strange given the way, as Lowry points out, just about every kind of popular culture – especially those driven by advertisers -- depends upon chasing a free-spending young demographic.

Why do the Boomers still rule in TV despite losing ground in other genres? They grew up bathed in the glow of the tube; television may be hard-wired to their hearts and minds. Ellen DeGeneres couldn't quit the medium, even after her breakout sitcom "Ellen" was canceled in 1998 in the fall-out wake of her groundbreaking coming out, on-screen and off. Now, helming her own popular daytime talk show, DeGeneres wields immense influence through her TV perch — she's won 13 Emmys, hosted the Academy Awards and the Golden Globes — as a prominent family-friendly face of marriage equality and LGBT rights.

The Boomers’ rude awakening may come someday: The Millennials are as large a generation as they are – both somewhere around 75 million in the U.S., depending on where you draw the boundaries -- and by the next election are expected to at least match their elders in terms of eligible voters. (Because Boomers -- who for all their counter-cultural chest-thumping, are now more conservative than younger generations – vote in larger numbers, they will still exert the strongest pull for at least one more election cycle.)

But until then, these guys are not stepping offstage without kicking and screaming. The rest of us are going to get to hear it all at high volume.