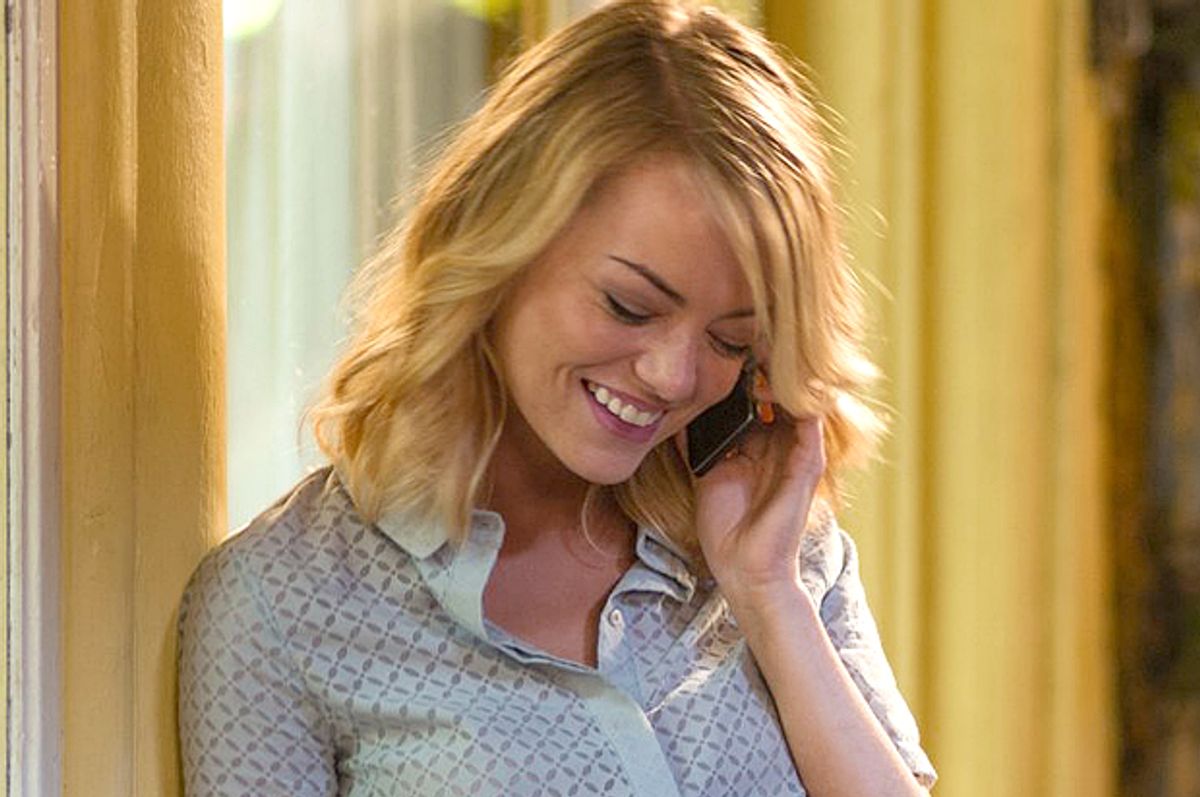 Plenty of people of a certain age — that is, Americans most likely to have worn out their VHS copy of "Fast Times at Ridgemont High" and who have wished at some point in their past to have been or to have dated (or to have both been and dated) Lloyd Dobler — have a soft spot for Cameron Crowe. Generally speaking, we wish him well, and we wish his recent films were better so we might root for him without apologetic caveats. As the New York Times' A.O. Scott writes in his review of Crowe's latest mess, it is entirely plausible to believe that if you are of the original Crowe fanbase, you might find some worth in seeing "Aloha," even if only in "the way you can enjoy a catch-up beer with an old friend you don’t have much in common with anymore."

"Aloha" is a movie about redemption for a charming and adorable fuck-up who enjoys a semi-crackling romance with a spunky special lady who doesn't buy any of his bullshit, or something like that, while he embarks on a somewhat confusing professional-slash-existential mission set to wacky speeches from his quasi-spiritual adviser buddies and, like, songs by Fleetwood Mac — just guessing here, honestly, because this is a fairly generic Cameron Crowe film synopsis, just fill in the setting (Hawaii) and film star du jour (Bradley Cooper) and promising ingénue (Emma Stone) blanks.

"Aloha" has been a hot-burning couch fire of a mess-in-production for a while now, according to the leaked Sony internal emails, prompting many concerns over time from then-Sony Pictures chair Amy Pascal over the film's plot, script, edits and performances, down to even the basic emotional stakes of the movie. Her notes on an early screening before a round of edits read like a poem written on the occasion of watching the most confusing movie ever. And yet no traces have surfaced that anyone involved at a high level with this film seriously questioned the casting of Stone, a white woman apparently of European ancestry, as Allison Ng, a character of 1/4 Chinese and 1/4 Hawaiian descent.

And, I suppose, why should they? Business as usual. Even many film critics shrugged in weary frustration at what the Media Action Network for Asian-Americans is calling the "whitewashing" of Hawaii in this film; Michael Phillips at the Chicago Tribune leaves it at "same old Hollywood ethnographic story," while Scott winces at the superficial treatment of indigenous culture as "standard" and offers that "the conceit that Ms. Stone’s character, Capt. Allison Ng, is supposed to be a quarter Hawaiian doesn’t really help." Megan Reynolds at The Frisky goes a bit further with the incredulity that "a white actress best known for her role as a white savior with a heart of gold in 'The Help,' plays a character who is ostensibly the result of an Asian penis interacting with a white vagina." (Not fair — Stone is a white actress best known perhaps at this point for playing Gwen Stacy.)

But with all of the objections Pascal herself raised with the film during its production, you'd think her emails would produce even one "um, you guys?" moment about the choice of Stone to play this particular character instead of an actress with actual Chinese and/or Pacific Islander heritage. Maybe there is one lurking in the Wikileaks repository, but I couldn't find anything.

What I did find were many other concerns that make this movie sound about as well thought out as a first novel draft that the writer couldn't quite get enough distance from to ever make work.

Pascal, emailing herself notes during a viewing of an edit of the film on Sept. 15, 2014:

1. funeral is bad in all versions....jay is super annoying...the only really funny part is him telling the girl not to text

2. weird flashbacks in the hospital dont work....im pretty sure its better when he says just kill me now

3. better without the bill murry scne

4. if he is alive what is the point of the funeral

("If he is alive, what is the point of the funeral?" feels like the most haunting question of them all....)

On discussion of the real title of the film, whose working title was "Hawaii," on October 28, 2014:

6. I LIKSE HAWAII THE BEST ACTUALLY BETTER THAN ALOHA

From an earlier screening, before scheduling reshoots, on April 6, 2014:

7. CAN WE PLEASE CUT TRACEY AND THE AIRMANS BONES ....TOOMANY BONES IN THIS MOVIE

8. Perhaps Pascal's strongest word of caution about Stone, sent to Crowe during editing: She isn’t bigger than the movie // Trust that

And yet, nothing to suggest that there might be the slightest concern over Stone filling this specific role: