Factory farms have gotten bigger, more widespread and more crowded over the past 15 years 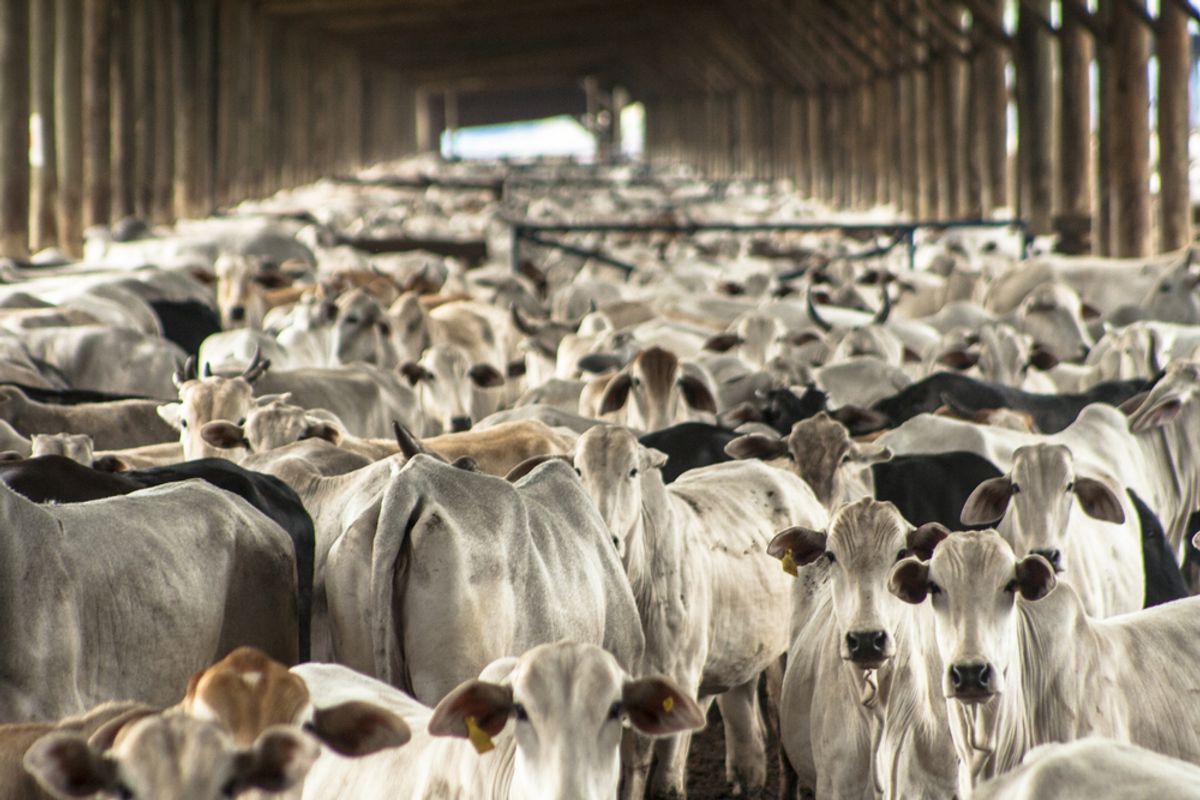 Americans are beginning to wake up to the reality of where their food comes from, but the meat industry is caught up in the same old shit (literally -- read on).

What's more, it's growing: a new report from Food & Water Watch reveals that size and number of factory farms in the U.S. has soared over the past decade and a half. They're processing a lot more animals than ever, and those animals are creating enormous amounts of waste. The report uses USDA data from 1997, 2002, 2007 and 2012 to chart the rise of oversized livestock operations. The trend is striking, as these highlights from the report show:

And in 2012, factory farmed livestock produced an astounding 369 million tons of manure -- 13 times the sewage produced by humans in the U.S. For real, it's a shitshow, a fact Food & Water Watch is highlighting in a new advocacy campaign:

“As factory farms grow in size and number, so too do the problems they create," said Wenonah Hauter, the group's executive director, in a statement. Among them, she lists: "increased water and air pollution; fewer markets for independent, pasture-based farmers; public health burdens like antibiotic-resistant bacteria; and large scale food safety risks for consumers."