"It has nothing to do with public corruption or a corruption scandal, or to his time in office" 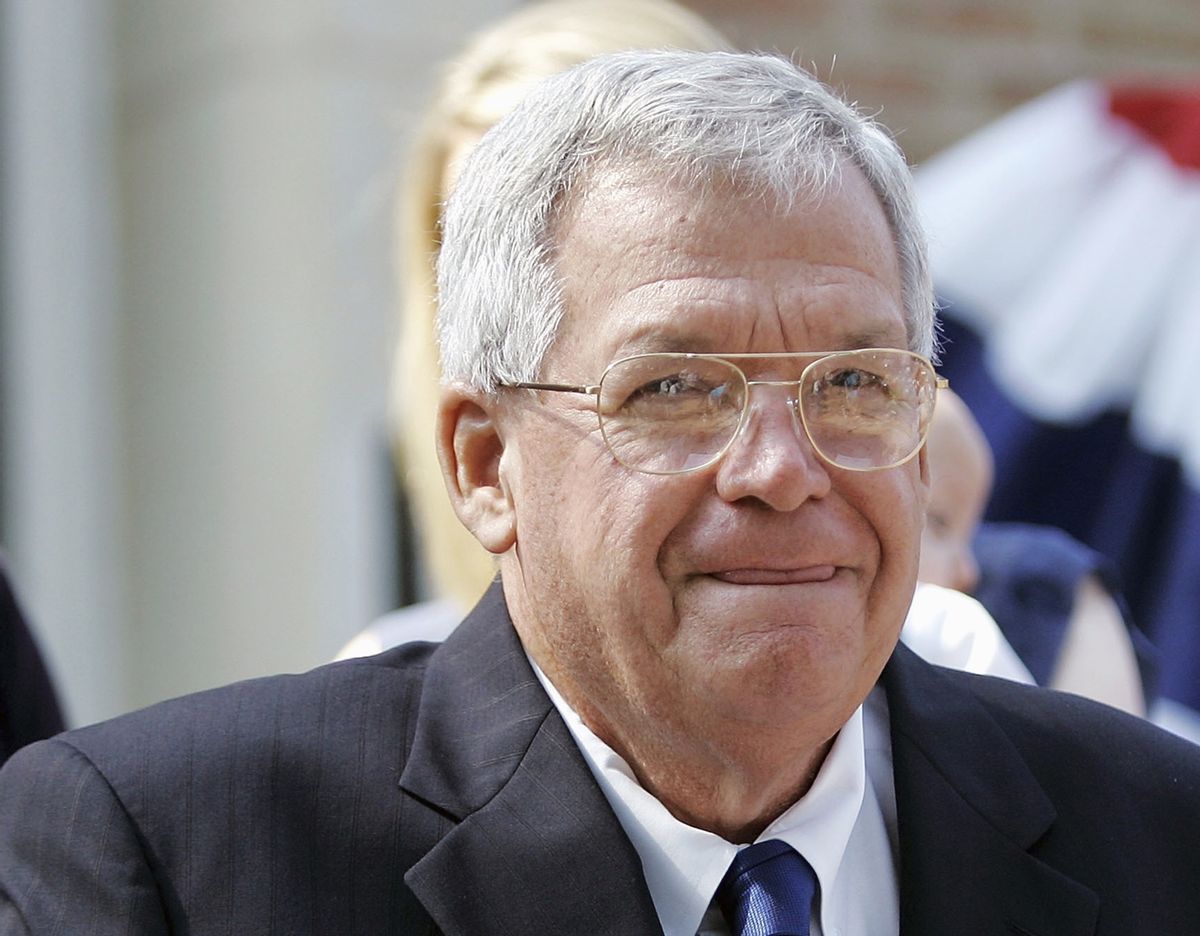 FILE - In this Aug. 17, 2007, file photo, former House Speaker Dennis, Hastert, R-Ill., announces that he will not seek re-election for a 12th term in Yorkville, Ill. Federal prosecutors have indicted Thursday, May 28, 2015, the former U.S. House Speaker on bank-related charges. (AP/Brian Kersey)
--

On Thursday, BuzzFeed's John Stanton reported that former House Speaker Dennis Hastert had been indicted for structuring currency transactions to avoid currency transaction reports, as well as for lying to the FBI. The thing is, nobody knew what Hastert was in the process of paying an unidentified Yorkville, IL individual up to $3.5 million to cover up.

However, the L.A. Times' Richard Serrano and Timothy M. Phelps reported on Friday that Hastert was paying to conceal sexual misconduct which had occurred before his time in congress, dating back to his days as a high school wrestling coach and teacher.

"It goes back a long way, back to then," said an anonymous law enforcement official in an interview with the Times. "It has nothing to do with public corruption or a corruption scandal, or to his time in office."

The sources elaborated that Hastert was paying to cover up his relationship with a male, in a situation that was described as sexual abuse. That would mean that the male was either underage or that the sexual relationship in question was not consensual.

In a statement made on Friday, the Yorkville Community Unit School District 115 said its officials had no knowledge of any misconduct involving Hastert. The former speaker worked at Yorkville High School from 1965 to 1981.

"Denny's been a good friend, and he's done a lot of good for Kendall County," said Bob Davidson, former mayor of Yorkville in an interview with the Chicago Tribune. "He helped the city and the county, the forest preserve, out a lot. He's been an upstanding representative of the taxpayers. I'm waiting to see what the allegations are, see what everything is. Whatever it is, it is … this is still America, and you're innocent until proven guilty."