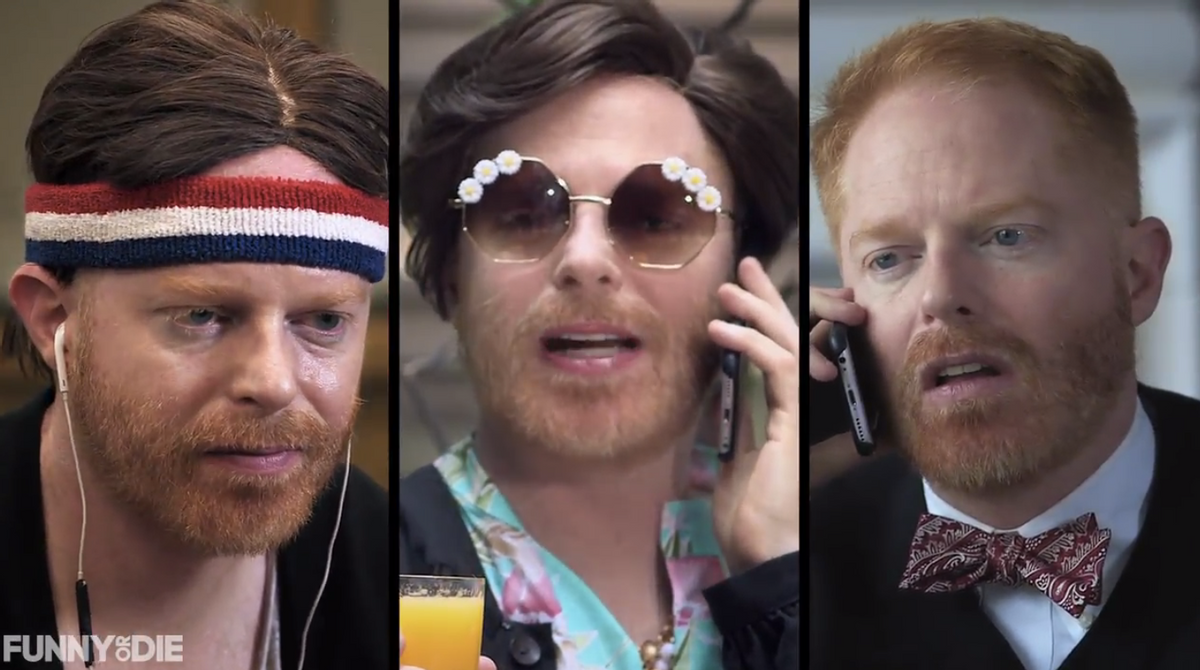 With the Supreme Court nearing a decision on marriage equality, Funny or Die has collaborated with Jesse Tyler Ferguson to encourage same-sex couples to send Supreme Court justices wedding save-the-date announcements -- a reminder of the human lives its ruling will impact.

Since April, the acclaimed "Modern Family," actor has been plugging away at Tie the Knot, an advocacy organization he helped co-found that sells fashion-forward bowties. As part of the organization's LGBT advocacy efforts, Tie the Knot has been compliling user-submitted wedding details from same-sex couples and developing them into paper invitations to be delivered by hand.

Ferguson dresses up as four of the Supreme Court justices in Funny or Die's video "Supreme Save the Date" -- most notably, as an XBOX-playing Ruth Bader Ginsberg. "These save the dates are a symbolic demonstration that we are all the same," Ginsberg says in one fleeting, earnest moment.