Jon Stewart reconsiders retirement: A nomination from "F*ckface von Clownstick" Donald Trump could be a gamechanger 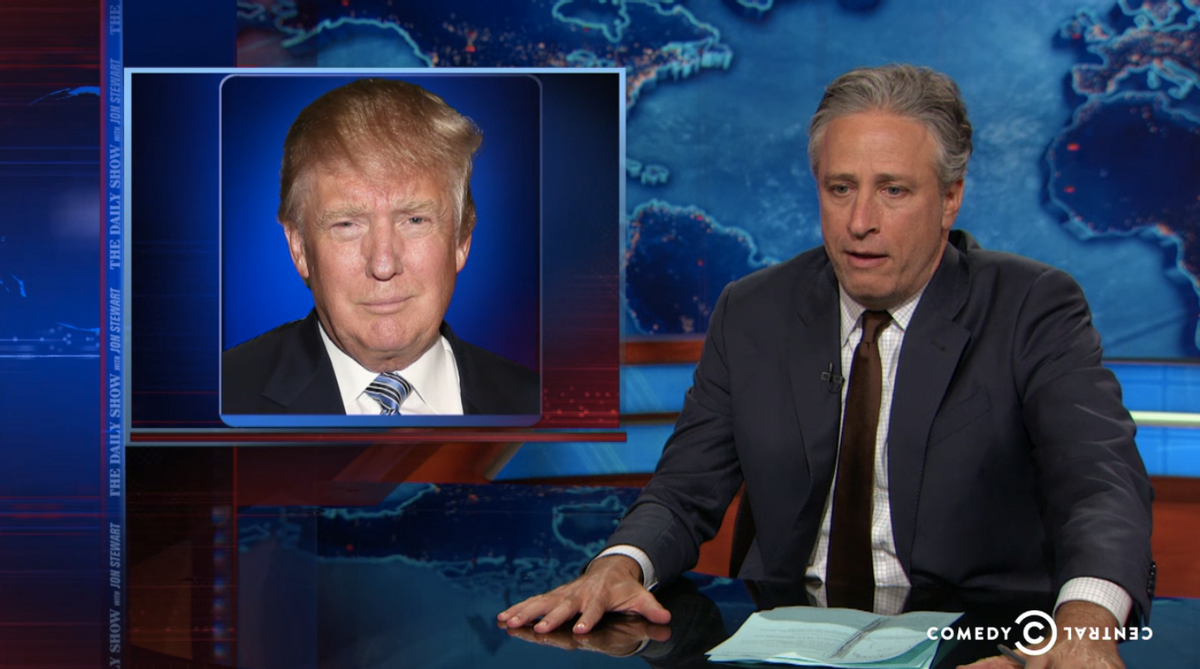 Jon Stewart's last official day with "The Daily Show" will be Aug. 6, but news of Donald Trump considering running for the Republican nomination is almost too tantalizing for the late-night host to walk away from.

While Stewart has noted a few of the "very colorful characters" in the GOP presidential field before -- Rick Santorum, George Pataki, Lindsey Graham -- he conceded that, for him, there is only one "F*ckface von Clownstick."

"The Daily Show" could fire its entire writing team if Trump ran; the jokes would practically write themselves. Earlier this year, Trump explained in a Fox News interview that his plan to destroy ISIS was to "go in very, very hard and very, very strong" -- but withheld the specifics.

"I made up my mind," Stewart said, clearly struggling with the idea of not being around to witness the Clownstick. "Maybe I'll get a Twitter account."