Quiverfull author defends Duggar family in series of unhinged rants: "Should they have skinned Josh alive?" 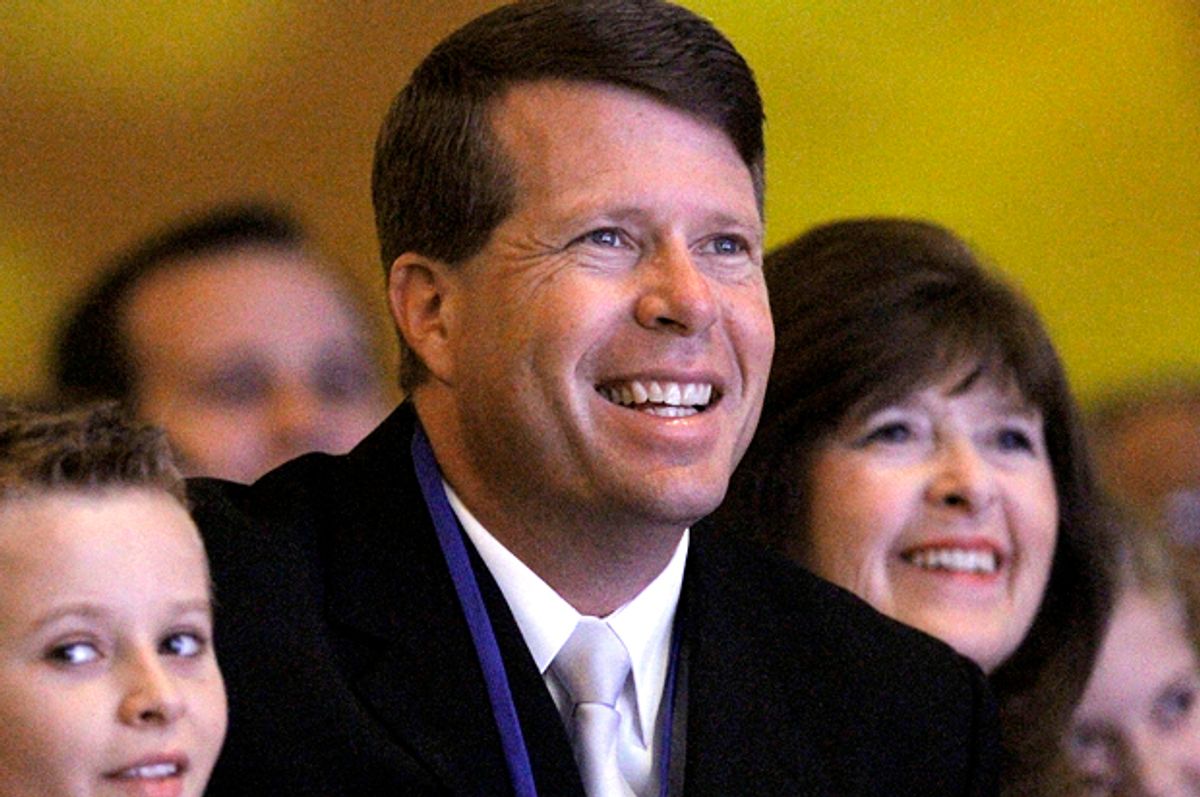 A conservative Quiverfull writer with ties to the Duggars has come out swinging in defense of the "19 Kids & Counting" stars, posting a series of outraged Facebook posts praising the family in spite of an ongoing sexual abuse scandal.

In the posts, which were first cited by watchdog group Homeschoolers Anonymous, homeschooling activist Rick Boyer -- also the author of the Jim Bob Duggar-endorsed book "Take Back the Land" -- asserted that the reality-show family appropriately handled allegations of incest and assault by eldest son Josh Duggar, and that they do not deserve to be criticized.

“‘Abuse’ is the new ‘racism,’” Boyer, who also sits on the board of the Home Educators Association of Virginia, wrote. “As soon as you’re accused of it, you’re considered guilty. Just what would you like the Duggars to have done? Turn all their kids over to a godless psychologist? Maybe one supplied by the local public school system where ‘abuse’ is so unheard of? Should they have skinned Josh alive, rolled him in salt and hung him on a meathook?”

Josh Duggar, who admitted to sexually assaulting several young girls when he was a teenager, stepped down from his position at the anti-LGBT Family Research Council after the allegations came to light last week. His parents also issued a statement corroborating the abuse claims, and stating that his "mistakes" led the family closer to God. The Duggars also emphasized that Josh's victims had "forgiven" him.

“Do you hear Josh’s sisters railing against him?" Boyers continued. "No, it’s not the victims howling for scalps, it’s pagans and gullible Christians, eagerly grabbing the bait and shooting their own wounded."

Boyers also defended disgraced religious activist Bill Gothard, whose hyper-conservative homeschool curriculum has been endorsed consistently on the Duggar family blog and promotes a victim-blaming mentality for handling sexual assault. Gothard stepped down from his position as head of the Institute in Basic Life Principles last year, after being accused of sexually harassing more than 30 women.

"As for Bill Gothard, I am personally acquainted with him and I have a friend very close to that ministry," Boyers wrote. "He was thoroughly investigated and what he was ACTUALLY found to be guilty of was touching some girls’ hands, hair and feet. He was honest enough to admit that these things were inappropriate and resign. But good grief, how does that compare with what most people are guilty of?"

You can read the rest of Boyers' defense at Right Wing Watch.