The "logical despair" of womanhood: Women are much more likely to suffer psychological distress than men 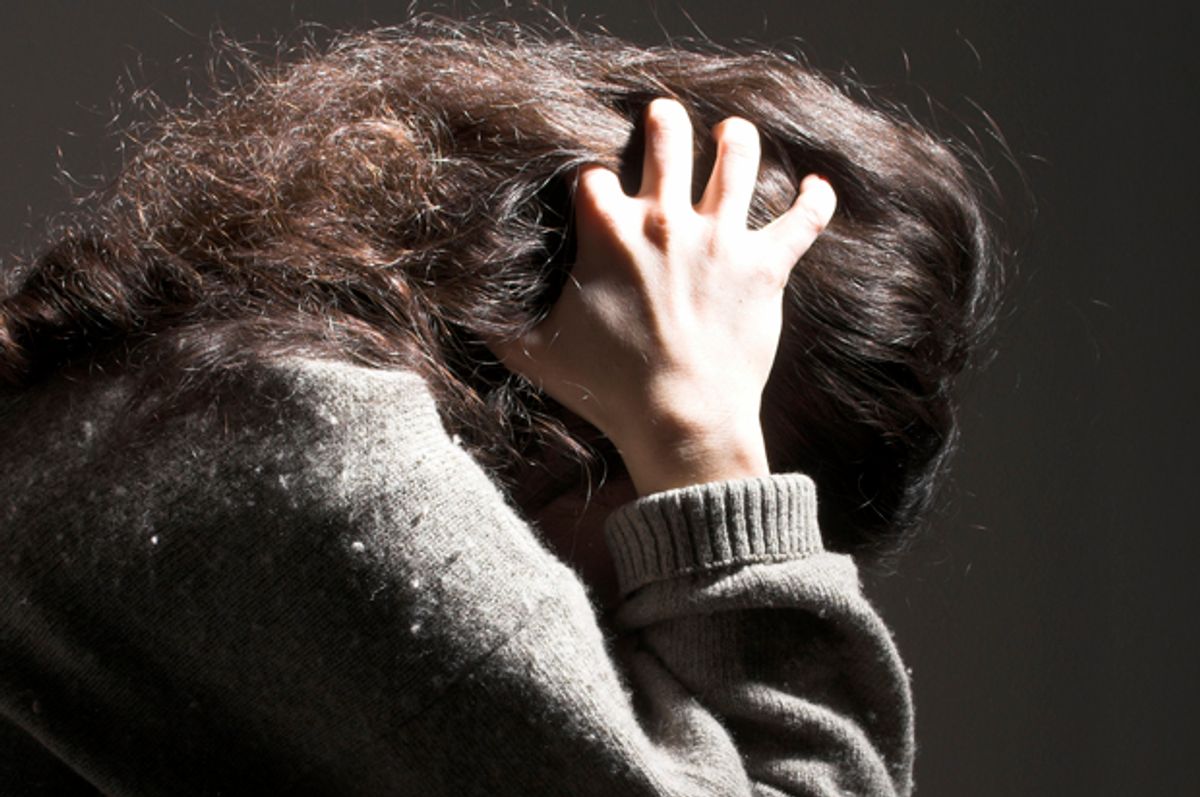 Surprise, surprise! A new report from the National Center for Health Statistics at the Centers for Disease Control and Prevention has found that women in every single age group are much more likely than men to suffer from serious psychological distress (SPD). So, the weight of systemic oppression is actually having effects on our brain chemistry, who would have even thought that was possible?

The study also found that SPD puts people at greater risk for a number of medical conditions including chronic obstructive pulmonary disease (COPD) and heart disease.

The study does not offer much insight into why women suffer significantly more than men. "As I'm sure you are aware, we see this in major depression as well, but I don't know that anyone has ever come up with a definitive answer of why that is," said Laura Pratt, an epidemiologist and one of the study's authors in an interview with the Washington Post.

Still, the data is even more alarming when coupled with the fact that suicide has become the leading killer of teenage girls aged 15 to 19 worldwide.

Dr. Suzanne Petroni, senior director for gender, population and development at the International Center for Research on Women, was the first to put the data together, reports The Guardian's Jessica Valenti.

"It was clear that from at least 2000, [suicide] was a leading cause of death in this age group," Petroni told Valenti, noting that suicide only recently overtook maternal mortality as the top killer of teenage girls. "We need more research and evidence to tell us if it is actually happening for the reason we hypothesize it is -- which is that gender norms and inequality have a significant link for suicide vulnerability." In the U.S., suicide was the second-leading cause of death for girls in the same age group.

The hypothesis would make sense since puberty is around the time where discrimination and oppression starts to kick in. "There's increased violence, child marriage, sexual abuse, exploitation, limitations on reproductive control and girls excluded from education," Petroni explained.

In an interview with The Telegraph, founding director of the Centre for Global Mental Health Vikram Patel echoed Petroni's hypothesis: "The most probably reason is gender discrimination. Young women's lives [in South East Asia] are very different from young men's lives in almost every way."

He noted that women in India are often devastated to learn how limited their life choices are because of their gender.

"Fifty percent of those attempting suicide in China and India do not have mental illness," he continued. "They suffer logical despair."