Charles Manson, the counterculture and the rise of the Sunbelt political right: What "Aquarius" nails about California in the '60s 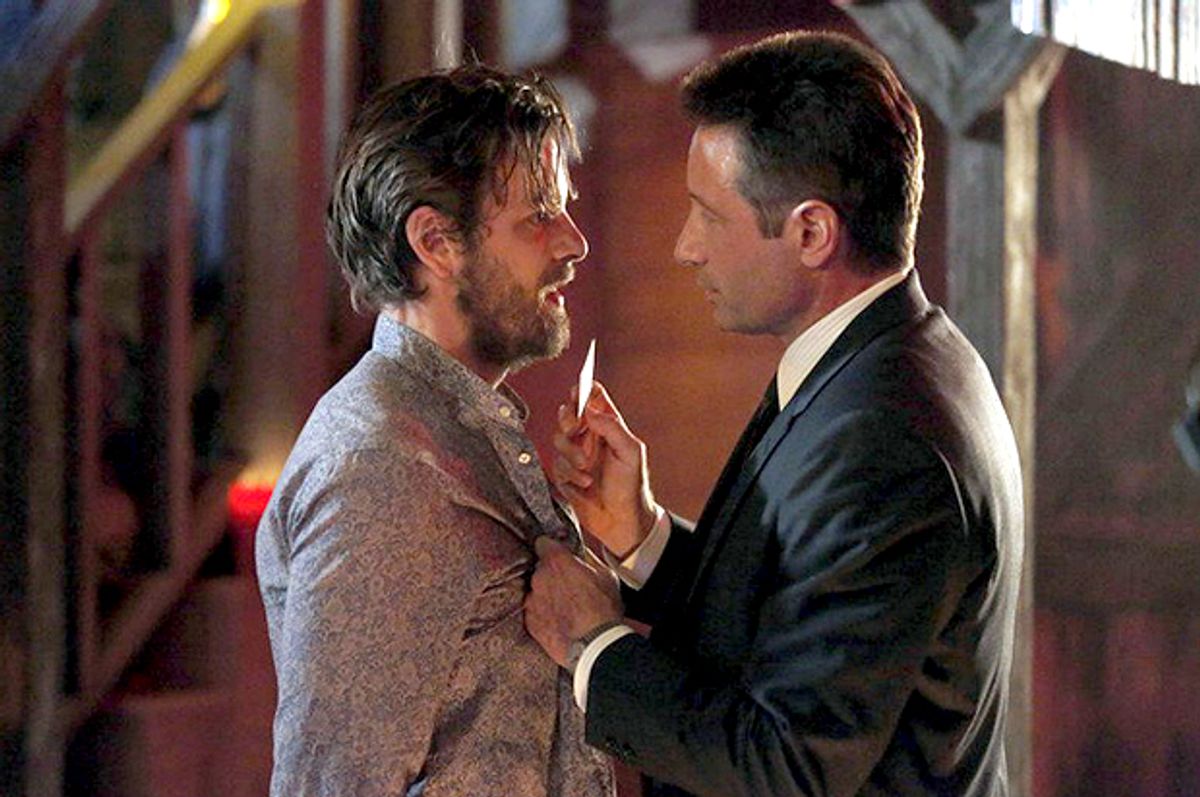 It’s a subject of continuing bafflement how despite the fact that the television business is largely based in Los Angeles, it so consistently gets the city and state in which it’s based so wrong. Even a show as smart and serious as “Mad Men” cast the Golden State as a swimming-pool-and-Disneyland caricature. Mainstream movies are often not much better.

But while the new Charles Manson-inspired NBC miniseries “Aquarius” has got its share of problems (Alessandra Stanley’s New York Times review calling it “a disturbing — and compelling — portrait of the peace and love generation” seems to be an outlier), it’s better than most when it sketches the hillside retreats, suburban mansions, cramped cottages and sprawling freeways of Los Angeles.

Its view of “the ‘60s” — it’s hard not to refer to the era without scare quotes — and the Summer of Love is a bit too picture perfect; clearly the stylists and costume designers has a blast on this one. But the show’s look at a changing California is not bad at all. In fact, next to David Duchovny’s performance as an old-school, flat-topped police detective, it may be the best thing about the show.

Perhaps the key element that makes it work is the way “Aquarius” looks at both sides of the social and generational tensions of its time and place. Typically, movies and television set on the West Coast in the ‘60s and ‘70s look at hippies, psychedelic culture, drugs, free love, the civil rights movement and so on. But it’s always the left (or young) side of the equation. “Aquarius,” by contrast, gives us plenty of counterculture and ferment — acoustic guitars, footage of the Sunset Strip riots, endless pot smoke on Topanga porches, marginalized black Angelenos — as well as the conservative reaction that ended up being just as consequential.

It’s easy to miss it if you only see what Hollywood turns out, but the ‘60s was a period of substantial conservative ascendancy — the beginning of the rupture of the liberal consensus — especially in California. Not only did Nixon slither out of Southern California — and get elected to president in 1968 — Ronald Reagan was sworn in as California governor in 1967, a few months before the Summer of Love commenced.

Sunbelt millionaires and suburban moralists appalled by the Free Speech movement, student radicalism, youth culture, “creeping socialism,” black militancy and other developments made up the support not just these two men but generations of conservative power brokers. Radical right-wing groups like the John Birch Society have strong bases of power in and around L.A., but especially in adjacent, conservative Orange County.

In “Aquarius,” this works out through Ken Karn, the father of Emma, a willowy teen who runs away with Manson. As played by the Irish actor Brian O’Byrne, Karn is a ramrod straight (or so it seems) hardass Republican with a picture of Nixon in the house. His cronies, like most of the cops Duchovny’s character works with, are mostly crew-cut, Anglo-Saxon social conservatives. Karn has ambitions as a Republican politician and his respectability is very important to him; the way his upright life has begun to intersect with the sleaziest element of the counterculture is troubling to him, but also makes him an archetypal ‘60s Californian. Rarely while watching the show do you forget about both sides of the battle, and “Aquarius” implicates not just the hippie left for Manson but the political right as well: The Manson of this show has a foot in both worlds.

“Aquarius,” of course, did not invent these tensions on its own: They are both part of the historical record and things historians have begun to pay attention to over the last decade or so. The most sustained look at the overlap between the Sunbelt, the 1960s and its movement of conservatism has come from historian Rick Perlstein in his books “Before the Storm” (about Goldwater, hugely popular in parts of California),  “Nixonland” and “The Invisible Bridge.”

America would remember the sixties as a decade of the left. It must be remembered instead as a decade when the polarization began. “We must assume that the conservative revival is the youth movement of the ‘60s,” Murray Kempton wrote in 1961, in words that would sound laughable five years later. Forty years later, these are words that are, at the very least, arguable.

“Aquarius” is not as well told as Perlstein’s books, which are vivid and brilliantly researched. Nor is their social history cast with the touch we get from writers like Joan Didion, Ross Macdonald or Walter Mosley. But for network television, this is close enough to pass for sophistication. Seeing California’s Age of Aquarius turning point through a broad lens is refreshing at the very least.