Amy Poehler shares first look at new comedy "Difficult People": "I'm starving for television shows that have women in them" 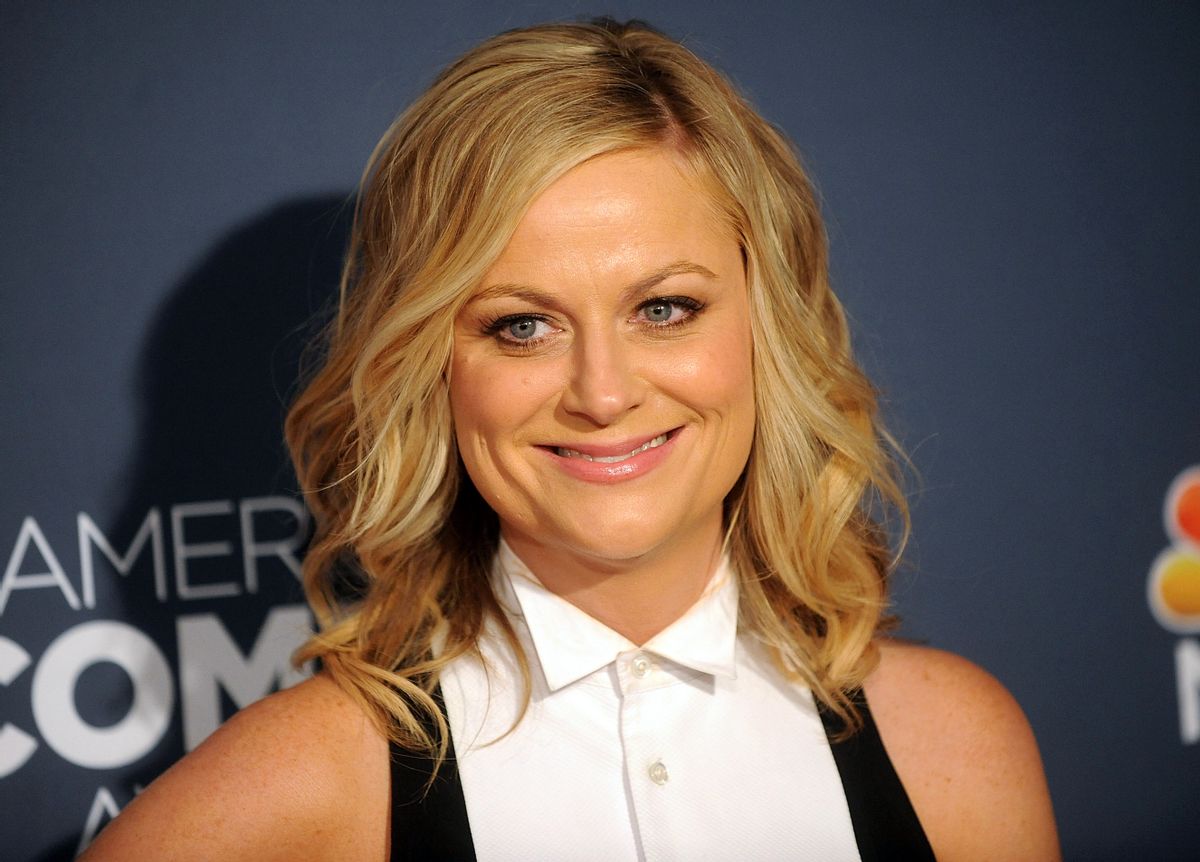 Attendees were treated to a first look at the show -- premiering on Hulu in August -- which stars Klausner and Eichner as loose versions of themselves, two caustic aspiring comics living in New York City who love to hate on celebrities and engage in rapid-fire pop culture banter. Indeed, the show is notable for its "30 Rock"-level high joke density; As Poehler puts it, "The banter between Julie and Billy is filled with jokes, just like them. That’s how they talk — they just joke and joke and joke and joke and joke.”

Eichner and Klausner's spirited rapport was certainly on display throughout the hour-long panel, as they segued seamlessly from one random bit of pop-cultural ephemera to another, from their appreciation for Mandy Patinkin in "Yentl" to their greatest showbiz injustices (Eichner: "I think the greatest injustice is that I don't have a fucking GLAAD award") to Poehler's love of "Game of Thrones."

Julie: You could play a dragon.

Billy: We’d get you some horns.

Amy: I’m going to say something really douchey, but I read all of the books. I am a fan of George R. R. Martin. And I often wonder when I’m watching that show, I always wonder, Have Kit Harington and Lena Headey ever been in the same country? Things like that.

After Poehler expressed how lucky she was to work with such funny and talented people, Eichner and Klausner took turns showering their EP with compliments in an exchange that highlights the duo's great off-the-cuff chemistry:

Eichner: I think your new hair color is working, don't you?

Klausner: I think your sons are cute.

Poehler: Take another look, it holds up! It actually does hold up, on a rainy day.

They also got into some more serious stuff, such as when Eichner praised Poehler for taking a chance on their show and for generally being a pioneer when it comes to putting new sorts of comedic voices onscreen:

“Julie and I were outliers in the comedy world. We were never the people getting called by SNL or The Daily Show; it took us a moment to get into the professional comedy industry, and it’s taken the support of people with vision and balls and good fucking taste, like Amy Poehler, to get behind people like us and [Broad City's] Abbi [Jacobson] and Ilana [Glazer], and that really changes people’s lives.”

Talking about developing the show, Klausner explained how one of the major questions she asks herself while writing is ”is this good for girls?" which is something Poehler agrees with. As Poehler said:

“I’m starving for television shows that have women in them. There’s a lot of young girls and then there’s a lot of television about like couples, and there’s so many people in between there, not having their first job or sexual experience and also not living a sexless marriage or hating their job… In the show they touch upon stuff that’s very personal, not autobiographical all the time, but [it] feels vulnerable. And they write honestly, and I think especially young audiences can really sniff out inauthenticity and they just won’t buy it anymore… they have grown up with all this internet stuff so they know what’s real and what’s not real, and so it’s the same way with, like, Julie and Billy’s relationship is very real, the way they talk about their career is very real and I think people can sense that."

The show debuts on Hulu in August, and if the above wasn't enough to convince you to tune in, it also came with a ringing endorsement from Poehler. Or, as she put it: "I would binge-watch the shit out of this show, [even] if I had nothing to do with it."

Watch the Vulture Festival interview below: