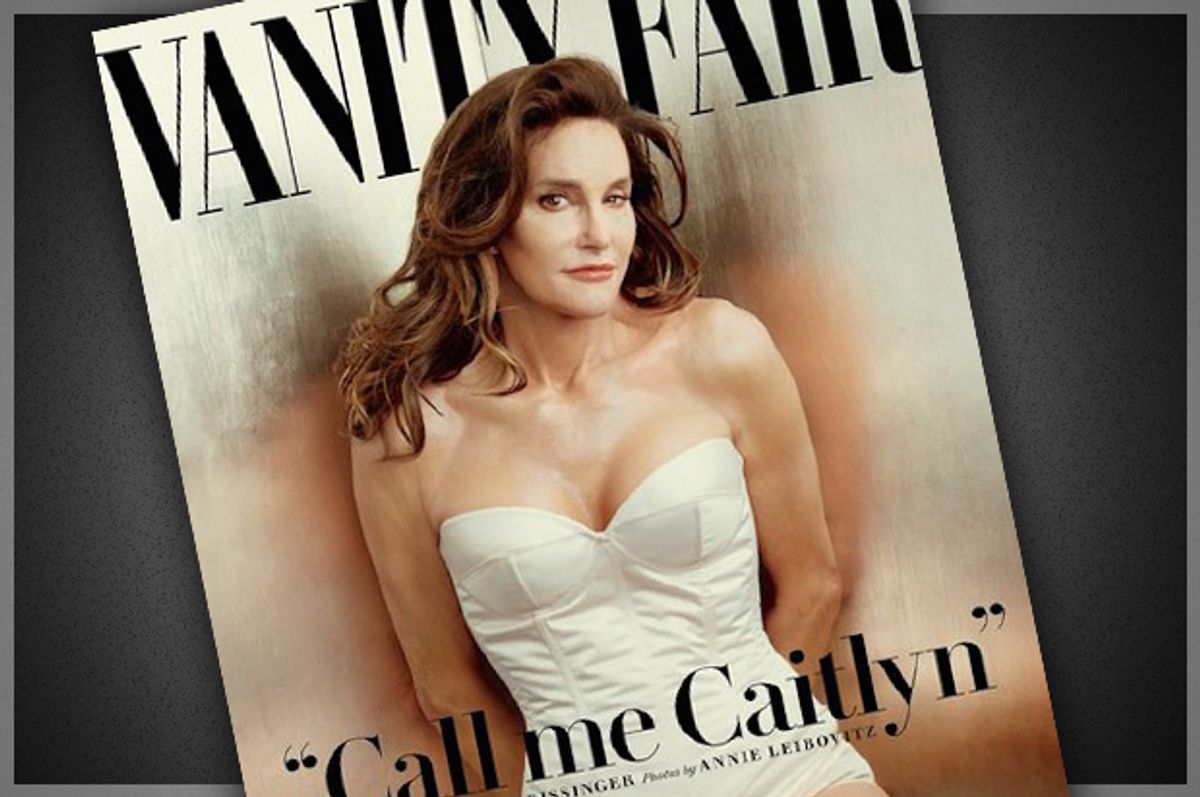 Caitlyn Jenner, the “Keeping Up with the Kardashians” star and Olympic Athlete formerly known as Bruce Jenner, has been photographed for the first time as a woman since she came out as transgender in an interview with Diane Sawyer this past April.

Jenner posed for Annie Leibowitz in a stunning white corset on the cover of the Vanity Fair's July issue, overlaid with the tagline “Call Me Caitlyn" (VF also launched a #CallMeCaitlyn Twitter hashtag in tandem with the cover release). There's also a behind-the-scenes video chronicling Leibowitz's shoot, which looks pretty marvelous:

According to Vanity Fair, contributing editor Buzz Bissinger had "unfettered access to Jenner and her family” and the story will chronicle "the tensions, traumas, and courage that shaped Caitlyn into the woman you see today.”

"If I was lying on my deathbed and I had kept this secret and never ever did anything about it, I would be lying there saying, ‘You just blew your entire life,’” Caitlyn tells Bissinger in the story, which will be out in full in the July issue.

Under a brand new Twitter handle -- which had 88,000 followers within just half an hour of going live -- Caitlyn spoke out today about how happy she is to finally be living her true self.

It’s all pretty profound and inspiring stuff — as is the fact that Jenner opted for to spell Caitlyn with a C instead of keeping up with the rest of the Kardashian Klan. Go your own way, Caitlyn. You're crushing it.

Update: ESPN revealed Monday that Jenner will be honored with the Arthur Ashe Award for Courage at this year’s ESPY Awards.