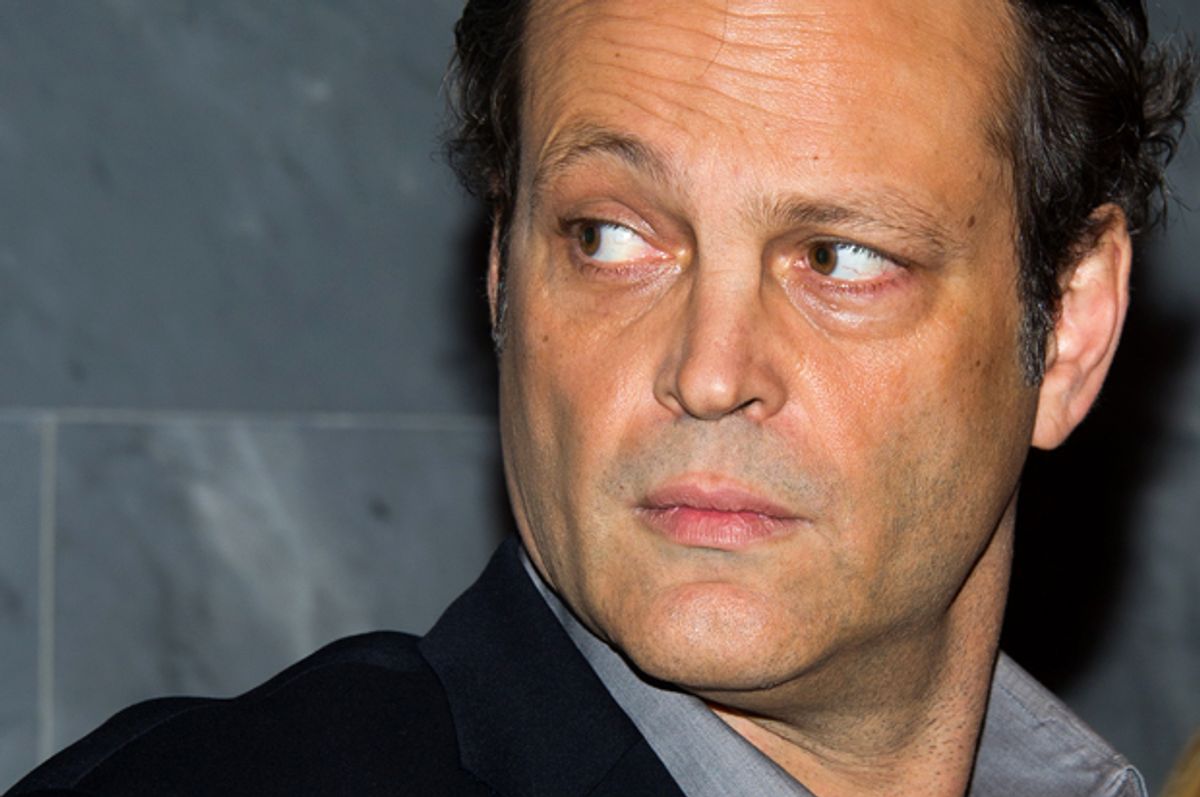 "True Detective" star and noted Ron Paul devotee Vince Vaughn shared his cartoonish stance on gun control with British GQ this week, explaining that “banning guns is like banning forks in an attempt to stop making people fat." In his diatribe, Vaughn cited "free speech" as his main gun-slinging defense ("It’s not about duck hunting; it’s about the ability of the individual") as well as the need for the everyday civilian to defend themselves ("These guys go and shoot up these f***ing schools because they know there are no guns there").

While much of the Internet was quick to slam the actor for suggesting that shootings happen because of restrictive laws -- some, even comparing his stance on gun crime to Micky Mouse on gang warfare -- conservative twitter was already hailing him a hero, deeming his Second Amendment claims "entirely reasonable" and his stance "brave." Even the NRA couldn't resist jumping in on the fun.

Don't worry, Liberal Twitter: Baffling world views aside, you can still enjoy his "many, many" great films. (Jk.)

Below, we've rounded up some reactions from the Conservative Twitter echo chamber: