FIFA bigwig cites The Onion in his defense against corruption charges 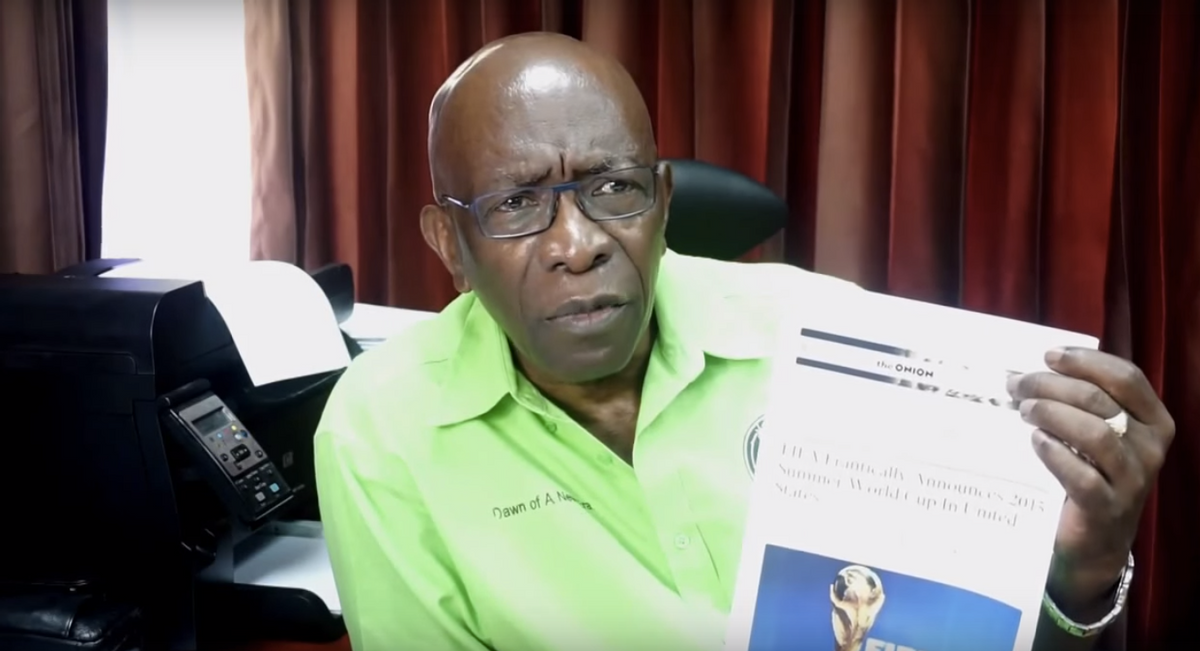 Warner, apparently unfamiliar with The Onion, defended himself against these charges Sunday by holding up an article from the news satire website -- “FIFA Frantically Announces 2015 Summer World Cup in the United States" -- stating that "all this has stemmed from the failed U.S. bid to host the World Cup.”

"If I was so bad, if FIFA is so bad…why is it the USA wants to keep the FIFA World Cup?…Something has to be wrong,” Warner says.

The video was posted to Warner’s Facebook page, then promptly deleted,  according to Deadspin. The New York Times reported that it was also wiped from Warner's personal website and YouTube channel shortly thereafter.

Watch the clip, which has luckily been preserved by one YouTuber, below: