Half of the world's remaining saiga antelope have suddenly died off, and scientists have no idea why

A mysterious disease has killed more than 120,000 of the critically endangered animals in just a few weeks' time 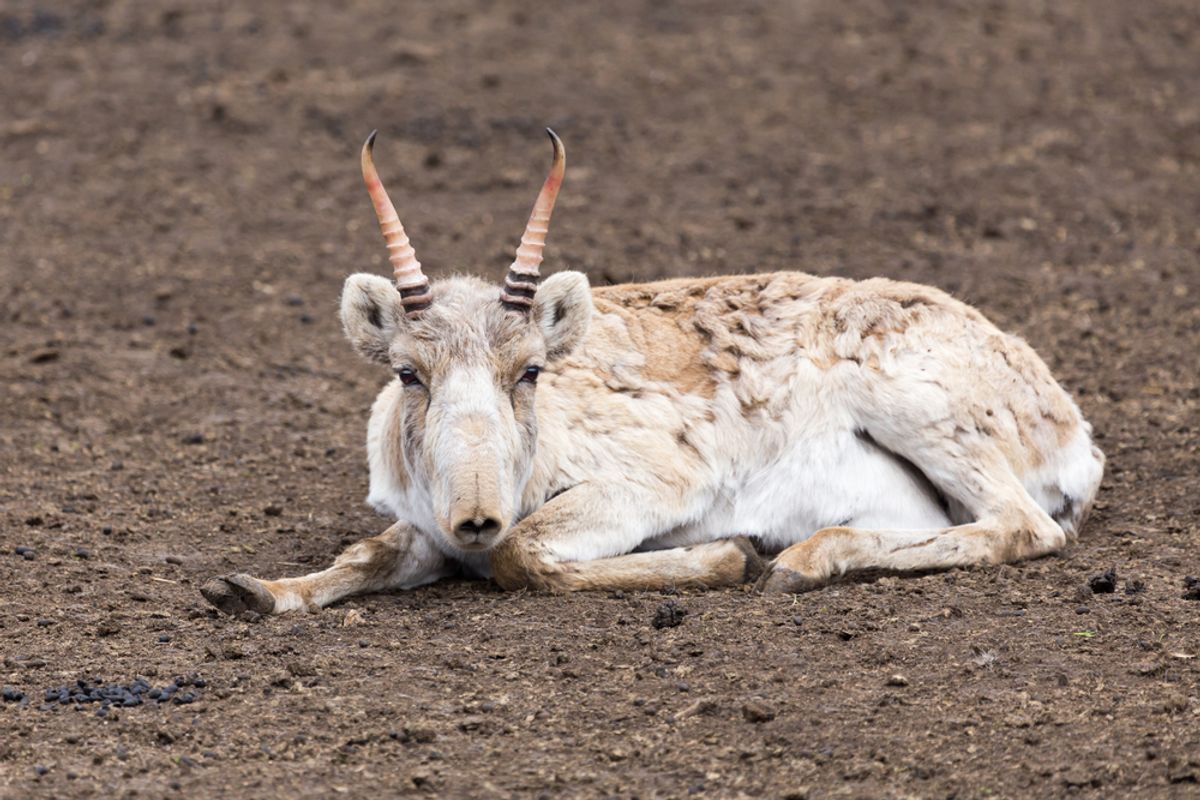 The mass die-off of a critically endangered species is happening before our eyes, and experts are scrambling to figure out what's causing the crash.

In just a few short weeks beginning in mid-May, more than 120,000 of Kazakhstan's saiga antelope -- nearly half of the world's remaining population -- have been found dead, victim to an illness capable of taking out entire herds, including many mothers and nursing calves, at once. The disease appears to have a 100 percent mortality rate, which experts call "extraordinary" and "absolutely unprecedented."

“This loss is a huge blow for saiga conservation in Kazakhstan and in the world, given that 90 percent of the global saiga population is found in our country," Erlan Nysynbaev, Vice Minister of Kazakhstan's Ministry of Agriculture, said in a statement. "It is very painful to witness this mass mortality."

Researchers in the field have narrowed down the likely cause of the illness to pathogens: Pasteurella and Clostridia. But those bacteria, according to the Convention on the Conservation of Migratory Species of Wild Animals (CMS), are only known to be fatal to animals with weakened immune systems -- and it's unclear what's leaving the animals vulnerable in the first place. Some are theorizing that their diet may be to blame, but until more evidence can be collected, one expert warned, it's difficult to do anything but speculate.

“Experts are working around the clock to investigate the impacts in terms of wildlife health of the relatively high rainfall observed this spring, the composition of the vegetation and other potential trigger factors including a suite of viruses," said Aline Kühl-Stenzel, the terrestrial species officer at the United Nations Environment Program. One theory -- that the antelope are being poisoned by the country's rocket program -- she dismissed, saying, "None of the data analyzed to date indicates that rocket fuel is related to the mass die-off."

Most discouraging is that the saiga antelope was, until now, a huge success story: due mostly to poaching, the population had fallen almost 95 percent, to just 50,000. In the past decade, thanks to the efforts of conservationists and strict anti-poaching measures, the population was restored to 250,000 antelope.

Even if this acute catastrophe is resolved, the antelopes aren't necessarily off the hook. "Saiga antelopes often have twins and populations are able to rebound quickly," said Bradnee Chambers, UNEP's executive secretary, in a statement. "Our hope is that if we can control what is driving these mass mortality events as well as tackle the number one threat to saigas -- wildlife crime and poaching -- populations will be able to recover."