A whole year ago, Oliver's blistering takedown of FIFA went viral; this week, Oliver has much to celebrate 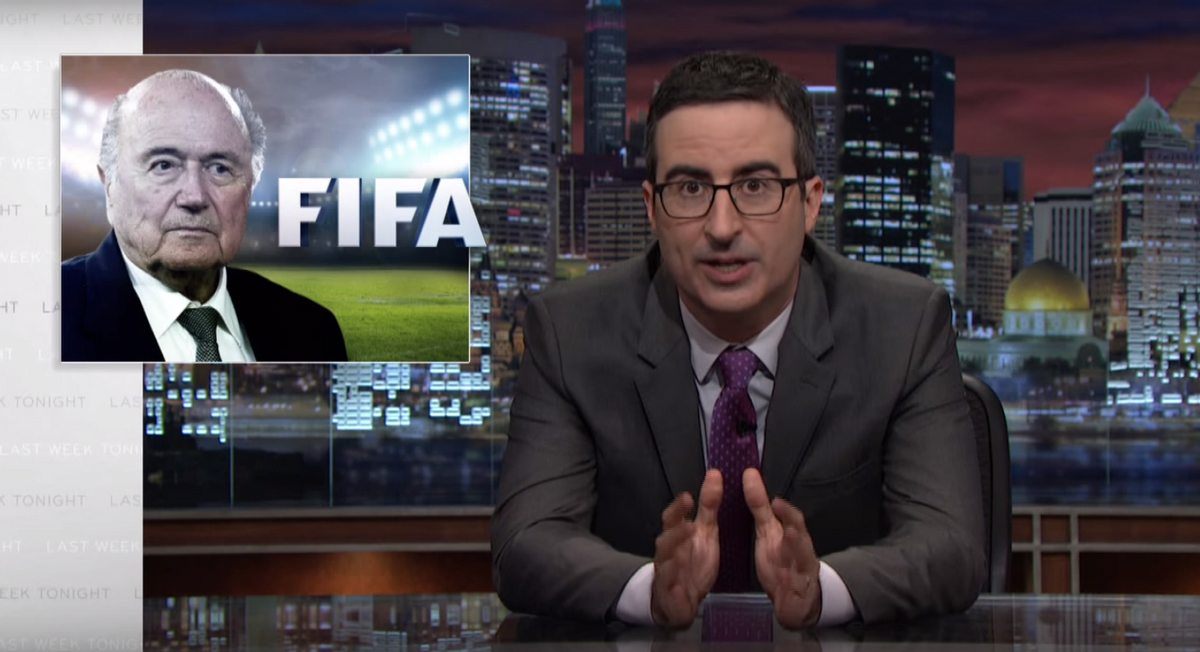 And for a good reason: Oliver was hounding FIFA, the world soccer's governing body, long before a sweeping USDJ investigation finally threw 14 of its bigwigs behind bars for corruption charges; prior to the World Cup last year, he called out the "cartoonishly evil" practices of FIFA officials in a blistering segment that accrued over 10 million Youtube hits.

On Sunday's "Last Week Tonight," the host dove into FIFA's 47-count indictment and some of its stand-out quotes. While Oliver was certainly not surprised by charges against the governing body, Oliver was a bit baffled to learn that the United States was the country that got the ball rolling on the criminal investigation.

“It took the country that cares the least about football to bring down the people who have been ruining it. That’s like finding out that Kesha arrested a group of bankers involved in commodities fraud,” joked Oliver.

Oliver also made a point of addressing former FIFA VP Jack Warner's disastrous video in which the disgraced bigwig cited The Onion in his defense against corruption charges.

“The cherry on top of all of this was a video Jack Warner released just today where he suggested that this arrest was all a conspiracy, bringing hard proof in the form of a newspaper article stating that FIFA was trying to placate the U.S. by giving them an extra World Cup this year.”