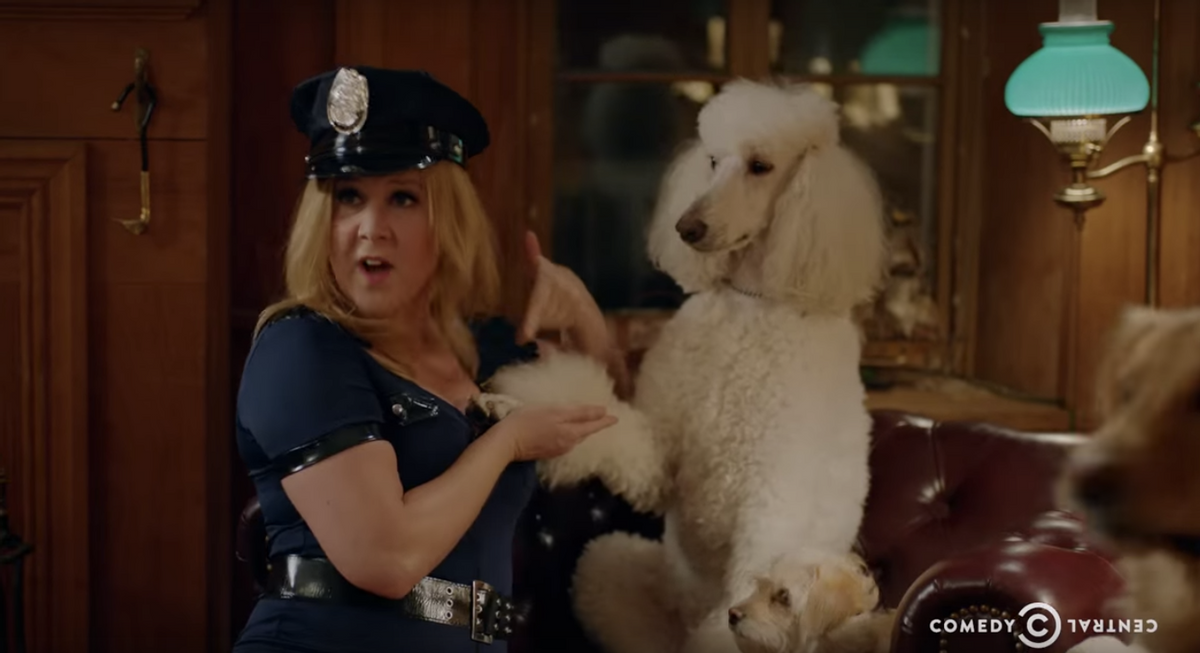 The show must go on, even when the show in question is a striptease for a room full of slobbering dogs.

In a sketch airing on Tuesday's "Inside Amy Schumer," Schumer arrives at a house for her first-ever stripping gig to find a bunch of dogs cozied up on a couch for their "bachelor party." Schumer's more seasoned co-stripper encourages her to carry on with the performance, but it's clearly starting to take a toll on Schumer. “This sucks -- this is bad for my self-esteem,” she says as one dog lets out an audible yawn.

Schumer has graciously made room for dogs in the comedy world this season; two weeks ago, she lampooned crazy dog moms at a “doggy daycare” as a stand-in for anti-vaxxers.