The oceans could be unrecognizable by the end of this century, a new study warns 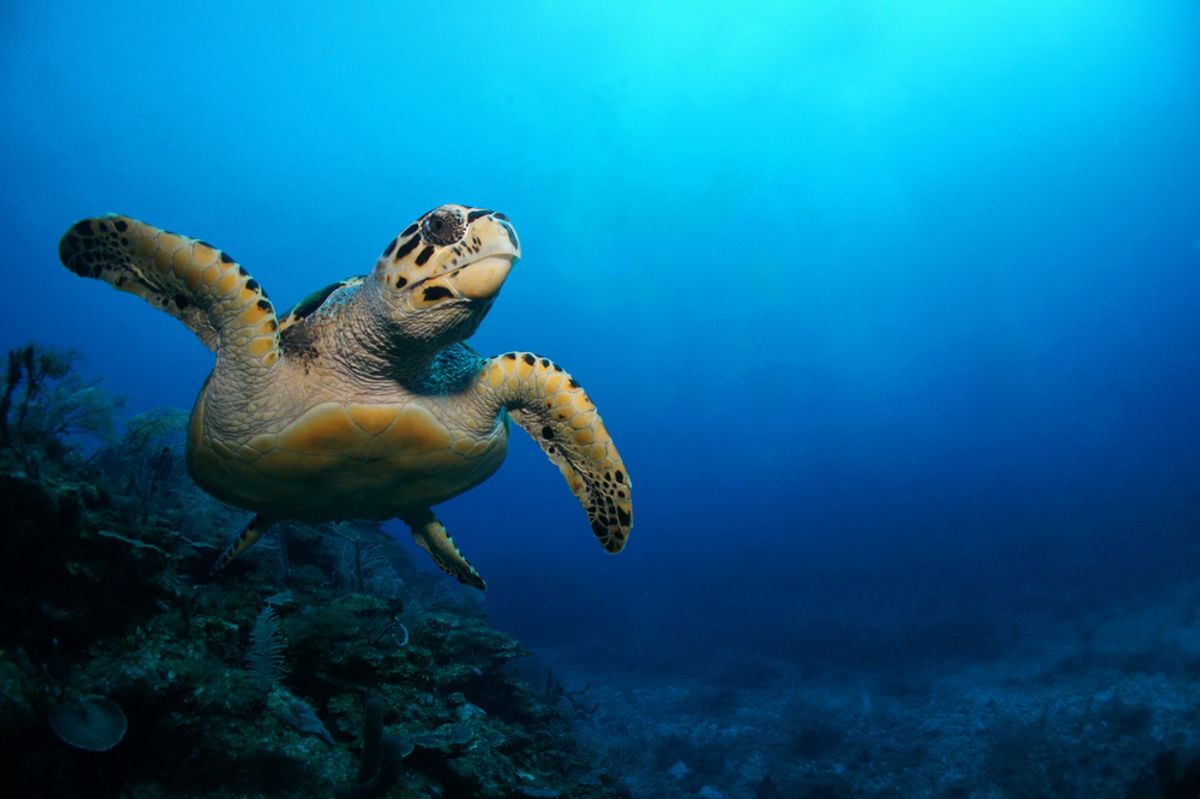 Who's ready for a "massive reorganization of marine biodiversity on a planet-wide scale"?

Without drastic and immediate action to curb global warming, a team of international scientists warns, we could be headed for an ocean shake-up of the type we haven't seen in 3 million years.

The study, published Monday in the journal Nature Climate Change, is not easy to brush off. In the increasingly unlikely looking scenario that the world manages to limit warming to the internationally agreed upon cap of 2 degrees Celsius, it predicts the oceans would lose something in the range of 10 to 12 percent of its species. (The model it used can't tell us which species, specifically we need to be worried about). But if we keep on emitting greenhouse gases at our current rate, it found, the situation quickly escalates into a catastrophe: by the end of this century, the tropics would lose much of the marine life for which they're currently known and, as species beeline to cooler waters, the poles could see net increases in biodiversity of up to 300 percent, their native species pushed aside by the new invaders.

It's impossible to know how that would all play out, because it would be a change greater -- and much, much, faster -- than everything that's occurred since the mid-Pliocene, the period when temperatures were about what they'll be in 2100 if global warming continues unchecked. That's 3 million years of transformation condensed into just 85 years of human activity. So at the very least, we could guess that it isn't going to be good.

And it's a shift that's already beginning to occur, Mashable's Andrew Freedman reports:

Unlike terrestrial species, marine creatures can and already are migrating in search of more suitable environments once temperatures exceed their tolerable ranges. This has been seen in several studies of the North Sea in particular, where shifts in the amount and types of plankton and other foraminifera as well as commercially-prized fish have been observed.

...[Study coauthor Richard] Kirby says that people tend to forget that humans depend on temperature-sensitive organisms as tiny as plankton. "The rest of life on earth lives where the temperature suits it. If that changes, it moves, in sea it tends to move because it can," he said. “It’s those movements, especially lower down in the food web, that underpin the whole marine food chain upon which we depend.”