Anderson Cooper admits he was fooled by ClickHole: "How am I supposed to keep up with what the kids are doing?" 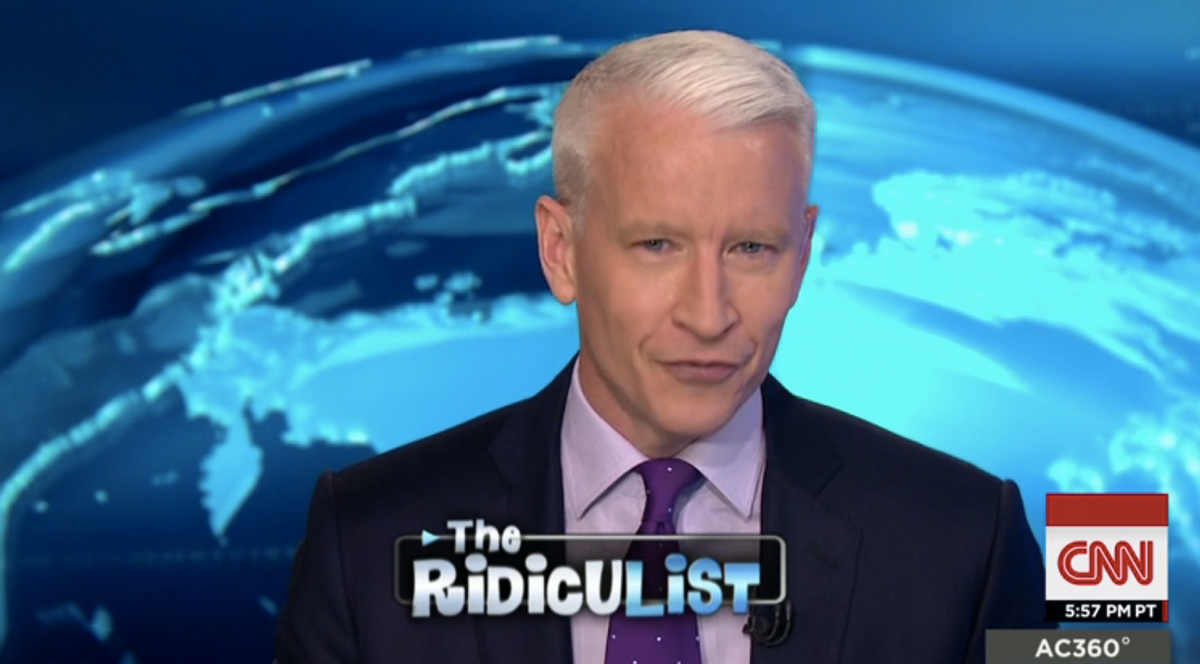 It's been a big few weeks for people not knowing satire when they see it. We saw a FIFA bigwig cite The Onion in his defense against corruption charges -- and before that, CNN's own Anderson Cooper slammed ClickHole, The Onion's affiliate click bait-parodying website, for "misquoting" him. "Do you make this stuff up?" he tweeted at the website.

Yes, yes. They very much do, he'd eventually learn. And in the most public way possible.

In a Monday night "Ridiculist" segment Cooper used the spotlight to come clean about his unfortunate run-in with ClickHole. The CNN host played off his ignorance by explaining that the biggest crime committed was actually how unfunny the joke was.

“I just didn’t think it was that funny," he said. "I just thought it was a stupid thing, and it annoyed me that someone may think I actually said a stupid thing. I didn’t know what ClickHole was."

Cooper went on to insist he "gets" humor and has even moderated an "Onion" panel in the past. Closing out the segment, Cooper encouraged viewers to err on the side of caution and assume everything is fake on the Internet.

"I mean how am I supposed to keep up with what the kids are doing?"

Watch the clip below via CNN: