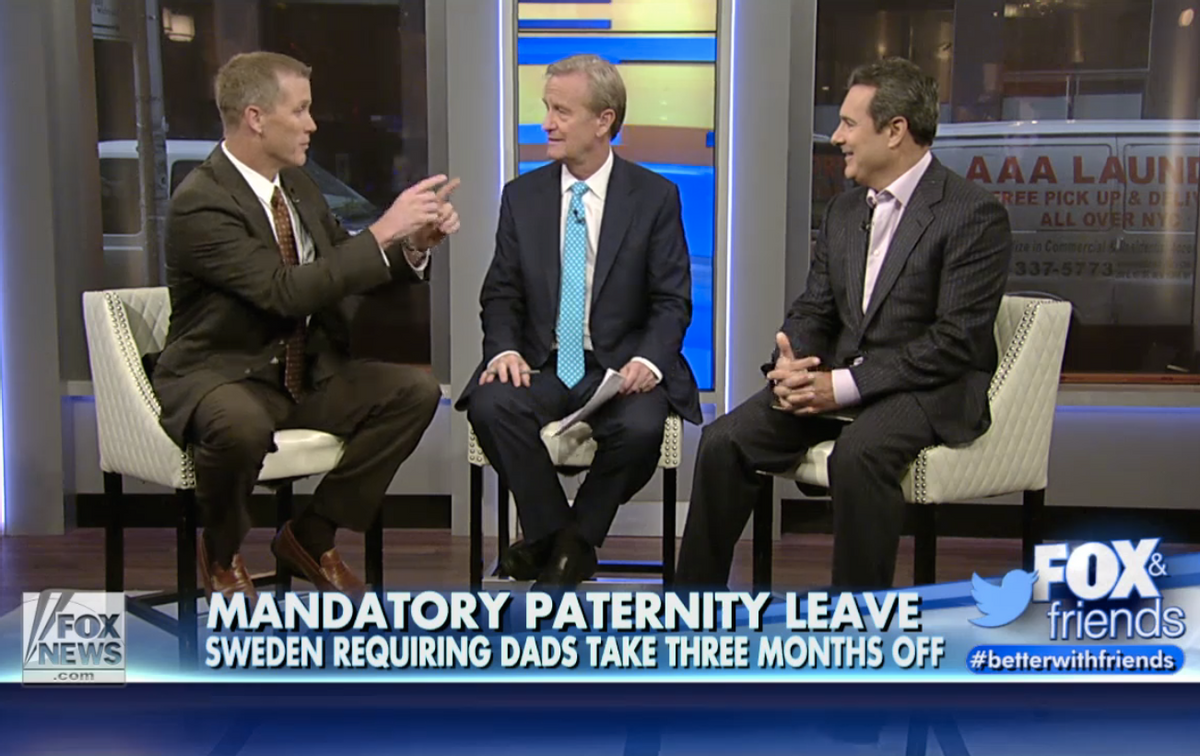 What could be more egregious than fathers receiving paid time off from work to spend time with their newborn babies? Not much, it seems, judging by one Fox News contributor's response to Sweden's new paternity leave policy, which requires that working dads take the same amount of leave time as new mothers after the birth of a child.

On Tuesday's edition of "Fox & Friends," host Steve Doocy debated whether or not the U.S. should adopt a parental leave policy similar to Sweden's, along with parenting experts Michael Fiorillo and Thomas Kersting, the latter of whom opined that "Big Mother" might do more harm than good forcing parents to spend time with their kids.

Kersting had some interesting recommendations for how people could prepare to take unpaid paternity leave -- if they can even get it -- which displayed what a totally in-touch, down-to-earth, not-at-all-blindly-privileged guy he is!

"I think once we start legislating things and we have the government taking control of our parenting -- we have 'Big Mother' government now -- I'm not into that," Kersting said. "I think it's our responsibility as adults to plan for that."

"Because in Sweden the government is going to pay you the money," Doocy observed. "Where would the money come from?"

"Of course, that has to be worked out," Fiorillo, a parental leave advocate, said. "Listen, 70 countries have this, so obviously it works."

"I think part of it is personal responsibility, too," Kersting added. "If you can get the amount of time off, unpaid, then plan ahead. Maybe cut out the $200- or $300-a-month cell phone bill, all the other stuff that -- the consumer nation that we are -- we indulge in, and plan for that. Create that on our own. I want to be able to do that by myself, without the assistance of Big Mother government."