What exactly is the conservative value that underwrites the backlash against Jenner and her gender transition? 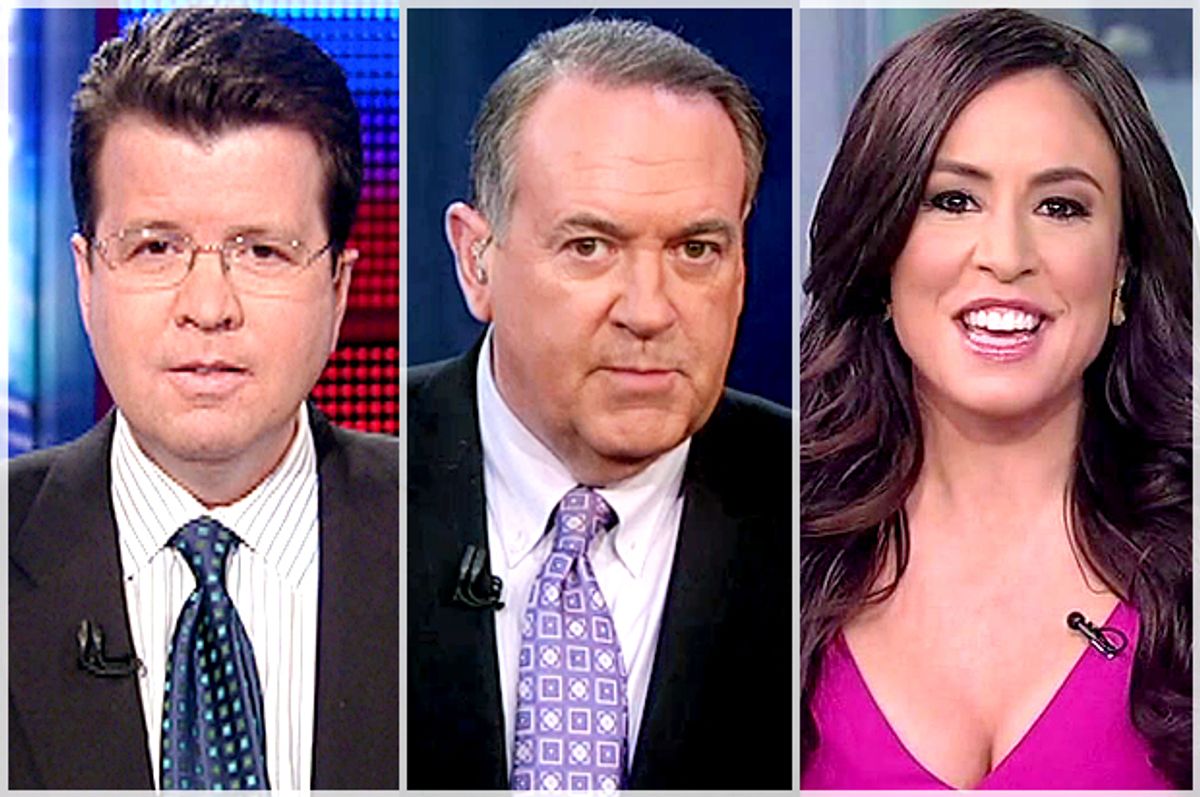 When the popular Fox News program "The Five" covered Caitlyn Jenner’s announcement and Vanity Fair photo shoot, Fox News’ Andrea Tantaros opined that “it was more courageous to come out as conservative than to come out as Caitlyn." Tantaros was referring to Jenner’s interview with ABC’s Diane Sawyer, in which Jenner noted not only that her “brain is much more female than it is male,” but also that she’s “more on the conservative side,” a Republican and a Christian. Judging by the conservative reaction to Jenner’s identification as a woman, Tantaros has a point.

Tantaros’ colleague Neil Cavuto covered Jenner’s announcement with jokes and exasperation, while others mocked Jenner and attributed her gender identity to mental illness. Elsewhere, the American Conservative flippantly questioned Jenner’s assertion of personal freedom through coming out as a woman by calling it “postmodern freedom” (since I’m keeping score: that author doesn’t seem to understand that Jenner’s is more accurately a post-structuralist account of gender as more complicated than a fixed binary; though I get that any academic post-ism is code for “bad” in conservative lexicon).  Each of these responses is well in line with established conservative dismissal of transgender issues, represented neatly by Mike Huckabee’s joke that he wished people were more transgender-accepting when he was in high school so he could have “felt like a woman when it came time to take showers in PE.”

This is all to say that, even if Andrea Tantaros didn’t exactly mean it this way, it did take a lot of courage for Jenner to openly affirm a party and a political identity that’s so hostile to her gender identity.

I do care about Jenner, and about the fault lines expressed when a celebrity challenges mainstream assumptions about gender; but I also think Jenner’s announcement and conservatives’ reactions tell us something interesting about what conservative politics has become in 2015.  Because I find myself asking: what exactly is the conservative principle behind denigrating Jenner?

The easy answer: in the minds of those who hold traditional views on gender (the equipment you’re born with dictates what you are), Jenner’s coming out represents a disquieting departure from the tidy gender basis of the traditional family: one man, one woman, united for the primary purpose of procreation.  A subset of conservatives, mainly evangelical Christians, may never accept deviations from this worldview, not on matters of gay rights, nor marriage equality, divorce, gender bending, nor gender transition.

But the future of conservatism is moving in a different direction on at least one related issue, with a strong majority of young Republicans supporting same-sex marriage.  While we shouldn’t conflate sexual orientation and gender, a conservative shift on marriage equality is an admission that, as far as our rights are concerned, there are more important things in our lives and in our relationships than forming procreative unions premised on fixed, traditional gender roles.  Freedom to marry the people we love, and freedom to embody and perform the gender that our minds tell us we are, turn out to be freedoms that people want to enjoy equally with cisgender, heterosexual couples who already get to choose not to marry, not to reproduce, and not to stay married, all without giving rise to crass media backlash against our choices.

Fair enough, you could say; nobody’s trying to deny Caitlyn Jenner the right or the freedom to be who she is; conservatives just stand in value-opposition to Jenner’s choice to come out to the world as Caitlyn.  Here again I ask: if it’s not about the relationship between traditional gender roles and the traditional family—a relationship that cisgender, heterosexual, conservative couples defy all the time—then what exactly is the conservative value that underwrites the backlash against Jenner and her gender transition?

Is it that Jenner, a gold-medal Olympic decathlete, confounds conservative masculinity standards by showing that a powerful track star can be a woman?

Is it that Jenner, who has six children, challenges social Darwinist views, popular on the right, that women will only fall for cartoonishly manly men?

Is it that Jenner, a Christian and a Republican, makes it harder to stereotype “SJWs,” “progs,” and liberal boogeymen who dare recognize both the complexities of gender and the innumerable ways our society bullies, shames, and destroys people who don’t fit well enough within the narrow parameters of our vastly constructed gender roles?

Have you ever asked yourself, for example, why virtually every time a police officer shoots and kills and unarmed black man, conservative media rush to vindicate the shooter?  Or why a conservative mustn’t speak publicly of Muslims without reducing them to a horrific stereotype?  What exactly are the conservative principles behind these positions?  If anything, a principled conservative should oppose police brutality and unchecked state power, and should support religious freedom.

Yet somehow conservatives find themselves taking positions on gender, race, and religion that at best don’t disclose any guiding principle that applies to the issue at hand, and at worst actually defy longstanding conservative principles—freedom from state coercion, freedom of autonomy and individual choice—for the comparably flimsy payoff of attacking things that the conservative base, for whatever reasons, just doesn’t like.

From a rhetorical standpoint, this category of conservative attack comes off as dog-whistle politics and insinuated bigotry precisely because whatever substantive principles behind the attacks—if there are any—aren’t manifest.  Thus, a partial solution to conservatives’ plight of being “misunderstood” or “smeared” by the “race-baiting,” “gender-baiting” “SJWs” of the left is perhaps simply to get better at explaining exactly why our first reactions to Jenner as Caitlyn should be ridicule and revulsion, why our first reactions to police shootings should be to justify the killing of “thugs,” and why, as Lindsay Graham puts it, “everything that starts with ‘Al’ [‘the’] in the Middle East is bad news.”

I’m sure these positions are self-evident to a great number of conservatives, but not to everyone else.  And therein lies the problem for this brand of politics: it’s a politics of the closet, betraying its own disquietude about what the outside world might think if and when its guiding principles come to the surface.  Mind you, ours is a world that rightly and increasingly will embrace what Caitlyn Jenner withheld from the public eye for so long.  Bigotry, by contrast, is an ill-fated secret to disclose.