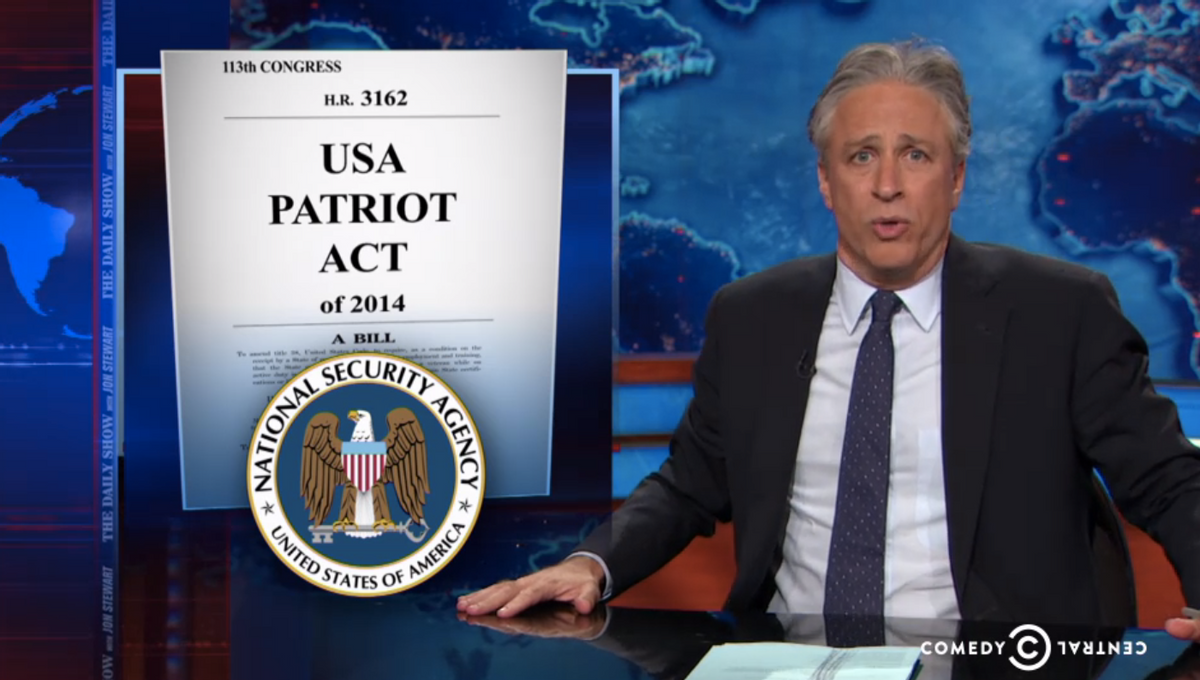 Key sections of the Patriot Act expired Monday, temporarily freezing the collection of metadeta and prompting Jon Stewart to mock the Senate for its frenzied response -- as well as call up his friend John Oliver to yell "penis."

Politicians have known about the looming expiration date for some time now but have been slow-moving to correct it, Stewart noted on Monday's "Daily Show."

"Like a dog wearing a cone, looking at you like, 'Can you believe they're making me wear this cone?' " Stewart said. "And you're thinking, 'You're the one chewing your own dick.' "

Stewart took the opportunity to examine the Act as a whole, and its role post-9/11, finding that terrorist attacks have occurred even while the government has monitored metadata. (Think: Fort Hood, the Boston Marathon, and the Garland, Texas fatal "Draw the Prophet" debacle.)

"My god, the one thing that's been keeping us all alive since 9/11 — it's been the NSA bulk collection of our metadata," Stewart said mockingly.

Turning to these multiple examples of terrorist attacks on U.S. soil, Stewart concluded the segment with a question: "Those were individuals our government had been alerted about, did know about, so if the Patriot Act is working that poorly, why are all these guys so adamant we have to keep it?"