Men can have multiple orgasms: The little-known technique that could revolutionize your sexual experience 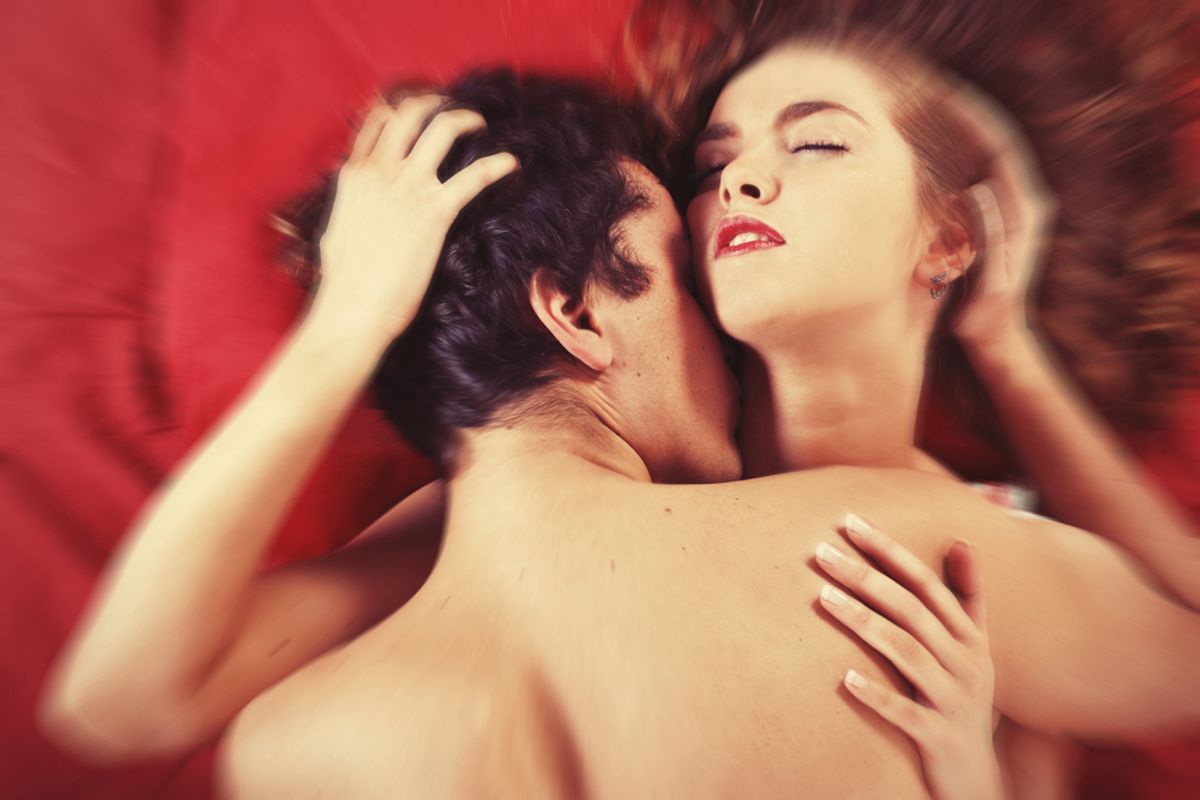 As a society we carry a lot of entrenched ideas about sex. Perhaps one of the most deeply ingrained assumptions is that women can have multiple orgasms, and that men can't. But is that really true?

In 1986, sex therapists William Hartman and Marilyn Fithian put together the book, Any Man Can. They describe that by withholding ejaculation, men can experience "a number of sexual peaks."

"The multi-orgasmic men we have studied have chosen to develop that capacity (stopping ejaculation using learned techniques)… The behavior itself (interrupting orgasm via such techniques) appears to be at least four thousand years old," they wrote,

More than a decade later, sex educator Jack Johnston came out with a training program to help men work towards this experience. Johnston told me over the phone that he’s made it his life’s work to dispel the myth that only women are capable of experiencing multiple orgasms.

“Men and women are physiologically a lot more similar than people realize.Vive la différence, of course, but in terms of the neurological capacity for experiencing the orgasmic impulses, we’re wired in quite a similar manner.”

He added, “I try to help reacquaint people with the idea that orgasm is an energetic event, and that for men, it’s not automatically linked to ejaculation. They’re two separate events. Two separate reflexes.”

In contrast to other “experts,” Johnston avoids conventional “squeeze techniques” that encourage men to stop just short of “the point of no return.” These techniques typically require that men clench pelvic floor muscles, slow their breathing and allow the urge to ejaculate to pass.

As Johnston explained, “That’s not really a whole lot of fun for anybody. You’re constantly monitoring, it’s like ‘Am I there yet? Maybe I can go a little further. Oh shucks, I went too far.’”

“My working hypothesis was that there’s got to be a better way than that. I don’t think our creator was sadistic in that way.”

Johnston’s program is known as The Key Sound Multiple Orgasm (KSMO) training. The “Key Sound” refers to a particular sound one can make while engaging in some light stimulation during solo (or partnered) practice sessions, separate from the act of intercourse. He insists the vibrations brought on by the sound can help “unlock” the key to multiple orgasms.

One satisfied client writes, “As the sensations became stronger, my vocal expressions became deeper and louder. I continued until I was so overwhelmed by this feeling I literally could not move anymore – pleasantly paralyzed by orgasm with no urge to ejaculate.”

But while most men believe penile stimulation to be the primary means by which to experience orgasm, Johnston recommends  guys bypass the penis and head for the perineum (the area between the scrotum and anus) during their solo sessions.

Johnston’s refers to the perineal area as the “the male G-spot.” Part of his training revolves around “helping men locate that area of their body, and then, as part of the 'Multiple Orgasm Trigger,' practice to gently massage [the perineal] area just enough to get a little tingle, or a little rush.” Johnston calls these sensations “Echo Effects.”

“How does one increase arousal to orgasmic intensity without using lots and lots of stimulation? For men in particular, more and more stimulation tends to trigger the ejaculation reflex. So the idea is, in a sense, how do you learn to sneak up on the orgasm?”

On the official forum, one of Johnston's clients reports, "As I am doing my sessions, I am really getting new sensations each time. Presently, I am feeling my prostate pumping (for lack of a better word) and this is causing me to get a slight erection. When my prostate pumps, it is sending pre-cum and I am beginning to leak a little. I have to stay relaxed because I feel that I could cross over and ejaculate. This pumping of my prostate are mini orgasms (I assume) and they feel great. My entire body is hot, shaking, and feeling really amazing. I can do this for about an hour and maybe a little longer."

Another writes, "Tonight, after doing my 20 minutes and then sort of absent mindedly continuing, I do believe I had my first full body, non-ejaculatory orgasm. It just sort of came on as I was massaging the base of my penis, from out of nowhere--NOT like it came from within my body. It felt like a heat throughout my body, and a sort of giddiness, almost like the light, first rush of MDMA (er...or so I've read...).

"And the crazy thing was, instead of feeling like the orgasm was in me, it felt like I was in the orgasm--like it was surrounding and suffusing my whole body like a field of energy. Pretty wild."

Johnston recommends that his clients practice the technique for 20 minutes every other day. He notes that ejaculation should be avoided on days devoted to practice.

He explained that in contrast to the “traditional” male ejaculatory orgasm, multiple orgasms typically arrive in “waves." And since they aren’t linked to ejaculation, one’s energy doesn’t dissipate as it does when one ejaculates. He added that after having mastered the technique, most men come to prefer these kind of orgasms.

He continued, “It lasts so much longer. The after glow lasts so much longer too. It’s the kind of energy that can infuse your whole being.” He also notes that, after having completed the training, many men report experiencing more intense ejaculatory orgasms as well.

But mastering the physical technique is only half the battle. As Johnston explained, a good part of his training revolves around teaching men to expand their understanding of sexual pleasure, and open themselves up to the different means by which it can be attained.

“Once we learn the facts about our physiology, and what’s really possible. That’s a whole new world.”

Some people have years of sexual experience under their belt. Some don’t. But no matter where you land on the path of sexual self-exploration, it’s never too late to rewrite certain standards, and never too soon to start experimenting with different points of pleasure, no matter how obscure they may seem.