Mike Huckabee wishes transgender protections were in place when he was in high school: I would've "showered with the girls"

"I'm pretty sure I would've found my 'feminine side'" 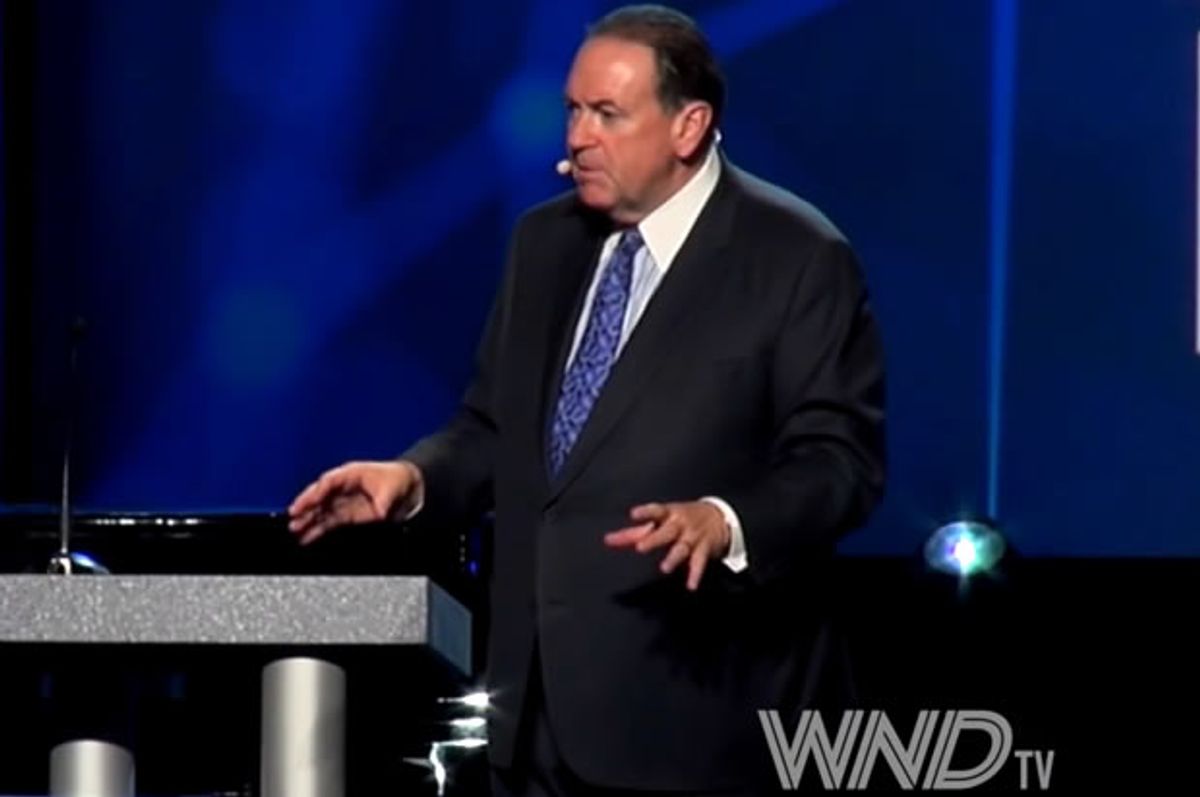 Former Arkansas Governor and current Republican presidential candidate Mike Huckabee gave a speech at the 2015 National Religious Broadcasters Convention in Nashville, Tennessee earlier this year in which he said that he would have taken advantage of the new civil rights protections for transgender teens to find his "feminine side" and "shower with the girls."

In a World Net Daily video discovered by Buzzfeed's Megan Apper, Huckabee spoke about the threat to religious liberty "in city after city, watching ordinances that say your seven-year-old daughter cannot be offended -- and you can't be offended -- if she's greeted there by a 42-year-old man who feels more like a woman than he does a man."

Huckabee joked that he wished "someone had told me in high school that if I felt more like a woman when it came time to take showers in PE, I'm pretty sure I would have found my 'feminine side' and said, 'Coach, I think I'd rather shower with the girls today.'"

The audience applauded wildly, which only egged Huckabee on. "You're laughing because it sounds so ridiculous, doesn't it? And yet, we're the ones who are ridiculed and scorned because we point out the obvious -- that there's something inherently wrong with forcing little children to a part of this social experiment."

"I'm not against anybody," he said, "I'd just like somebody to bring their brain to work someday, and not leave it on the bed stand when they show up to govern."

Last week, Huckabee defended Josh Duggar against charges that he molested five young girls, saying that "good people do...disgusting things," but that they can be forgiven.