"I just love them too much not to tell them the biblical truth," he said 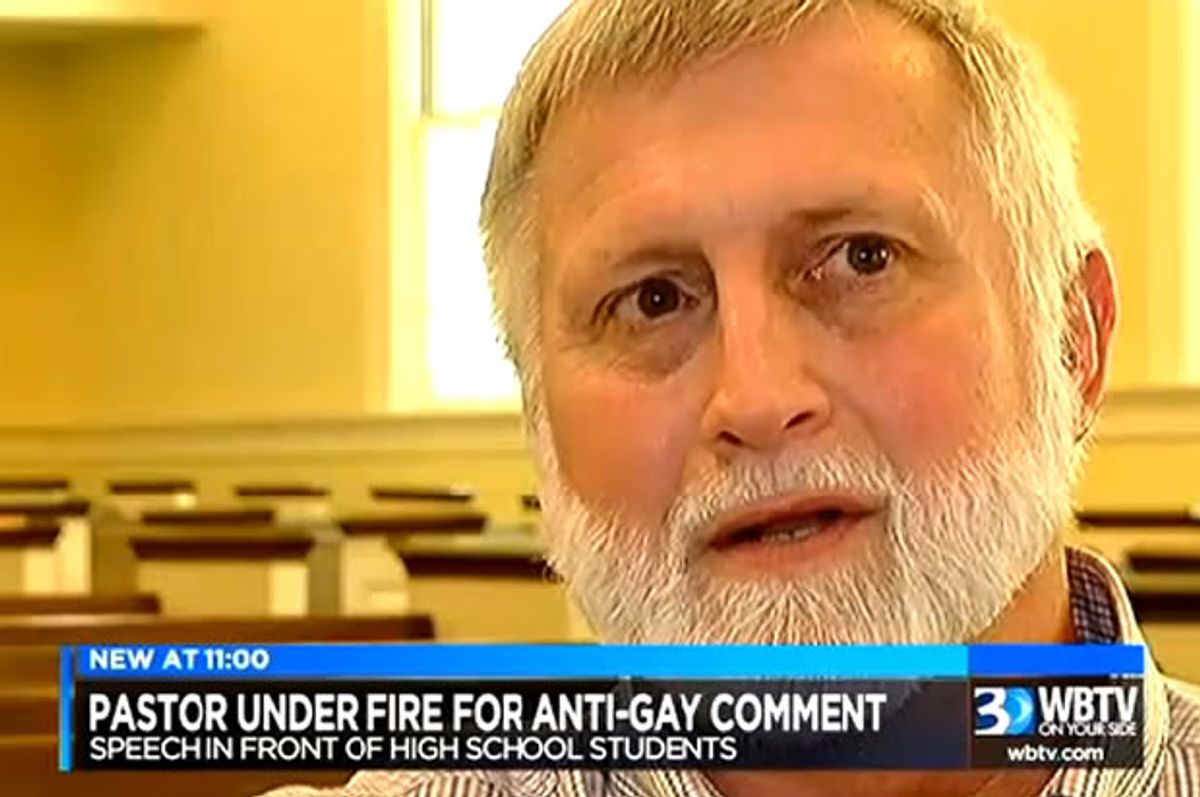 A pastor in Kings Mountain, North Carolina is coming under fire for telling a group of graduating seniors at a public high school that, if they belong to the LGBT community, they are going to hell, WBTV's Sarah-Blake Morgan reports.

The interim pastor of Temple Baptist Church, Scott Carpenter, spoke before a group of students at King Mountain High School's annual baccalaureate service. The service was optional, but most students chose to attend.

Carpenter told WBTV that he doesn't believe he did anything wrong. "Nobody got bashed or anything," he said, "all I did was simply speak biblical truth."

He insists that his comments were motivated by love, not homophobia. "Do I hate anybody?" he asked rhetorically. "Absolutely not. I just love them too much not to tell them the truth."

Wilson noted that Carpenter was speaking before a "captive audience" at a public school. "It was just simply an inappropriate topic for a baccalaureate service," he said, adding that he hopes Carpenter's remarks won't overshadow the actual graduation ceremony set to occur later this week.

Watch the entire report below via WBTV.