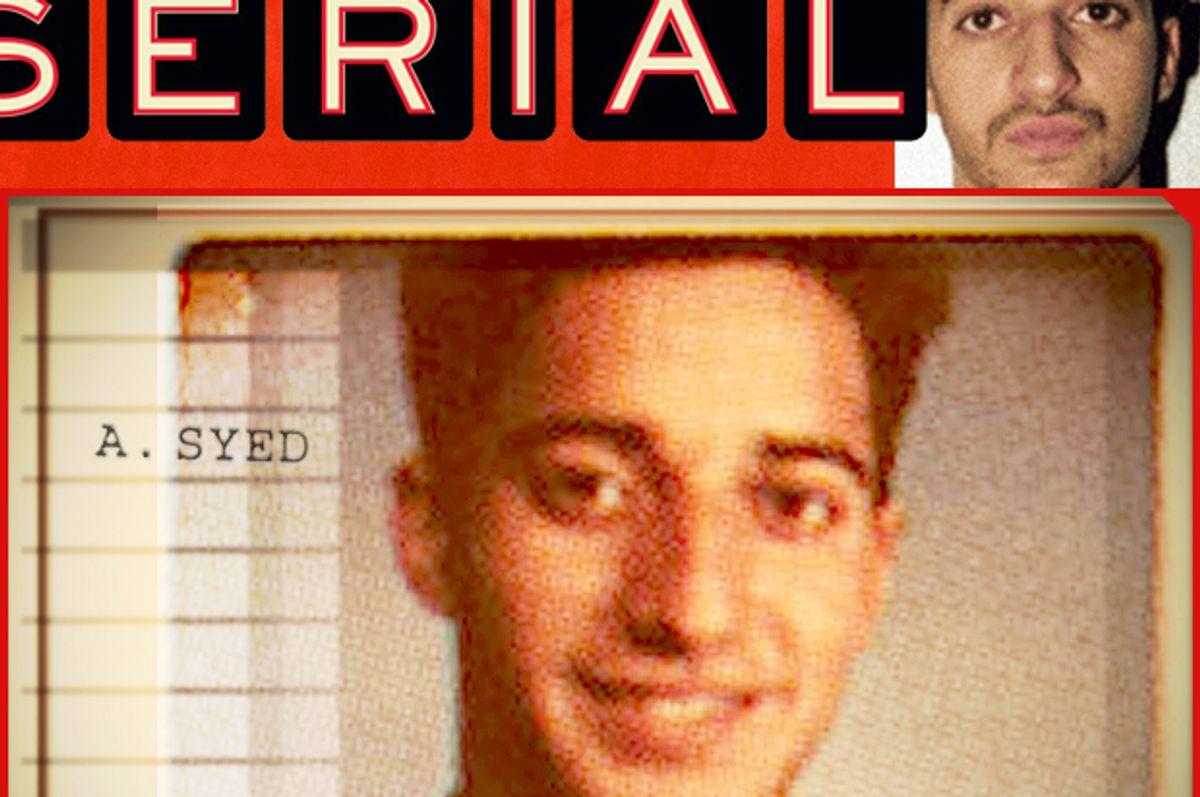 The award-winning podcast Serial began with the host, Sarah Koenig, asking listeners to consider how hard it is to remember the details of a specific day -- even a recent one.

“How'd you get to work last Wednesday, for instance?” she asks. “Drive? Walk? Bike? Was it raining? Are you sure?”

How much harder, she implies, would it be to determine with certainty what happened on a day 15 years ago. This is a necessarily recurring theme in the show, which centers around the investigation of the murder of high school student Hae Min Lee in Baltimore County in 1999, and the conviction of her ex-boyfriend, Adnan Syed.

Deirdre Enright, the director of investigation for UVA Law School’s Innocence Project Clinic, even suggests in Episode 7 that a lack of memory about a certain day can be a calling card of innocence:

“Somewhere along the line I started realizing that when you have an innocent client, they are the least helpful people in the whole world, because they don’t know. They don’t - they have no idea. Like as soon as I realize I have an innocent client and that’s the situation, I think like, ‘Okay well, I’ll talk to you again when I’ve solved it, because I’m not gonna need you here.’”

But if the listeners who were hooked by Serial have tuned into Undisclosed - a follow-up podcast from different producers - they may find themselves surprised by how much there is left to discover about the murder and investigation that followed.

If Serial’s thesis is that facts are elusive, Undisclosed’s counterpoint seems to be that the past is less murky than you might think.

Koenig ended her podcast by saying that when she first heard about the case, “Certainty, one way or the other, seemed so attainable. We just needed to get the right documents, spend enough time, talk to the right people, find his alibi … Now, more than a year later, I feel like shaking everyone by the shoulders like an aggravated cop. Don’t tell me Adnan’s a nice guy, don’t tell me Jay was scared, don’t tell me who might have made some five second phone call. Just tell me the facts ma’am - because we didn’t have them 15 years ago, and we still don’t have them now.”

The makers of Undisclosed took her advice about “just the facts.” The podcast is hosted by three lawyers: Rabia Chaudry, a fellow with the New America Foundation and the family friend of Adnan’s who first brought the case to Koenig’s attention; Susan Simpson, an associate with the Volkov Law Group in Washington, D.C.; and Colin Miller, an associate dean and professor at the University of South Carolina Law School. Simpson and Miller began blogging about Serial last fall, which led them to partnering with Chaudry.

One of the first real bombshell discoveries on Undisclosed is that there was no wrestling match on Jan. 13, 1999. This, listeners of Serial will remember, was the match that Hae was said to have not shown up to on the afternoon of her disappearance.

Simpson discusses the variations in witnesses’ recollections, and how they led her to the new discovery:

“The weird thing is, the witnesses always seem to give slightly different stories. We’ve heard lots of versions about when it started. And two different schools for where it was supposed to take place. So there’s kind of an odd mismatch there, that everyone’s assuming that Hae had plans to go to a wrestling match. Yet at the same time, she’s scheduled to work that evening, and none of the witnesses talking about the wrestling match can seem to agree on what exactly the match was going to be. So I started looking into it, and after reviewing some old newspaper clippings at the Baltimore Public Library, it turned out that there actually wasn’t a wrestling match that evening.”

Simpson goes on to explain how the wrestling match schedules of Woodlawn High School and other schools confirm that a match for Woodlawn cannot have taken place on the 13th -- even if the newspaper missed it. This is only one of many revelations the podcast has unrolled in its four episodes (and five “addendum” mini-episodes) so far. The hosts have also provided evidence showing that:

But the biggest bombshell to date has been Simpson’s discovery of a consistent series of tapping sounds during Jay’s taped interviews with the police. In the third episode, “Jay’s Day,” Simpson notes that interview transcripts fail to convey the frequent and long pauses Jay took when discussing the chronology of his and Adnan’s actions on the 13th. Many times during the taped interviews, he pauses for as long as 20 seconds. As Jay hesitates, or asks the police to “bear with” him, there’s a tapping sound.

“There’s a ‘tap tap,’ and then Jay says, ‘Oh, okay’,” Simpson explains, as she plays an interview segment. “And suddenly a moment later -- he knows the answer.”

Simpson contends that police were coaching Jay’s testimony -- and that each tap represented a reminder to Jay of an intersection on a map, or of a point on the printed chronology of events found in the police case files. Indeed, Jay seems to only remember street names that were specifically mentioned on the map the police included in the files. At one point, he even says, “Oh I’m sorry, I apologize, I’m missing ... top spots” -- when his testimony gets to the point in the police chronology document where there’s a page break.

“Could it be that Jay meant he was missing page two of the chronology, and then when he found where page two was, he was reading off the ‘top spots’ of it?” Simpson asks.

If this seems like an over-the-top accusation, listeners can review Simpson’s blog post on “The Above Average Investigations of Detectives Ritz and MacGillivary,” in which she details the stories of three defendants who were released from prison after being convicted of murder in cases involving the aforementioned detectives -- who also investigated Hae’s murder in 1999. The cases involved witness pressuring and the withholding of exculpatory evidence. In one case, a witness eventually recanted after testifying that she saw a murder take place from her apartment window: a physically impossible feat, it turned out, because of where her apartment was located.

This obsessive attention to detail is what the hosts of Undisclosed were talking about when they announced their intention to get “into the weeds,” in the first episode. Undisclosed may not boost listeners’ faith in the justice system, but it will bolster their belief in the attainability of facts.