Spotify's secret big-label deals: When even Lady Gaga can't get a fair shake, transparency is music's only hope 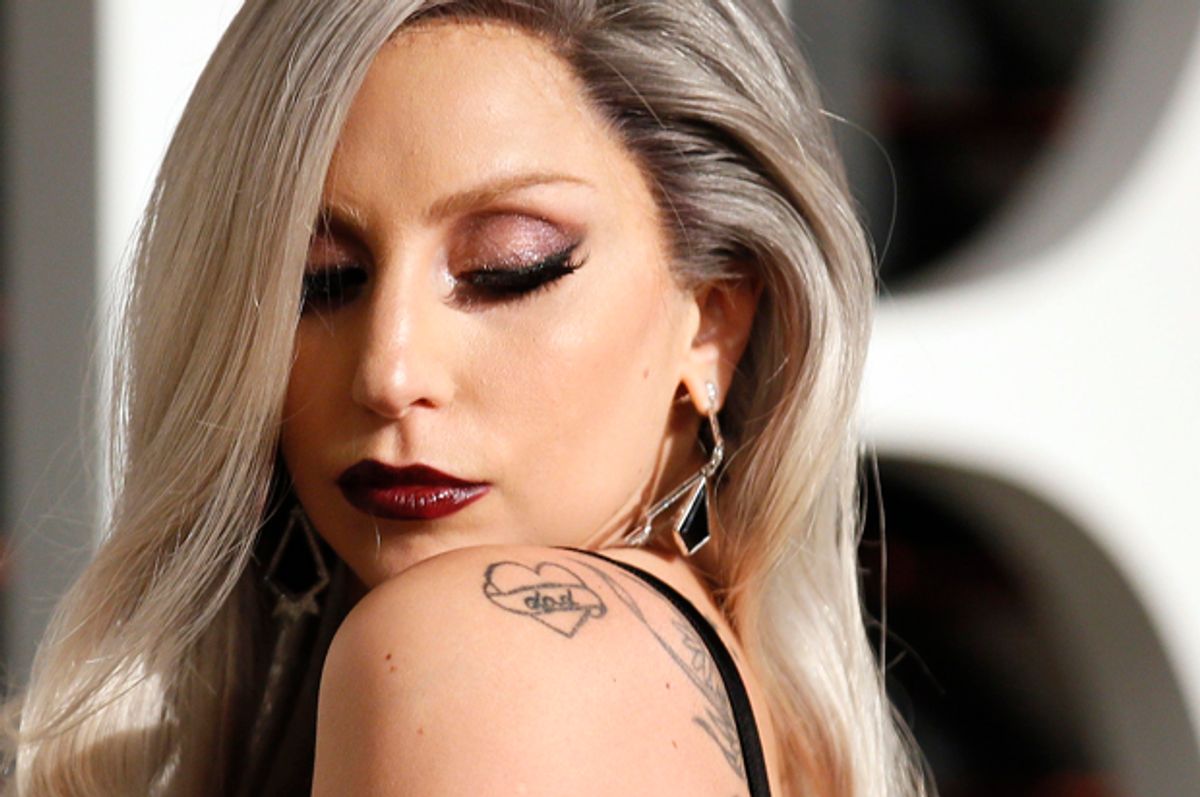 It wasn’t too long ago that the major labels and the streaming services seemed to be on opposite sides of the battle over dwindling music revenues. But over the last few years, they’ve joined forces – the majors own part of the streamers, including a decent chunk of Spotify, though we can’t tell exactly how much. (Goldman Sachs has started to get into the action as well.) And there are all kinds of deals – again, the details remain opaque – by which one side pays the other, or offers partial ownership, and the artists get nothing or very little. Call it an unhappy marriage where the kids don't know what to ask the parents and it's not clear who knows what's going on.

But it’s starting to look like this strange alliance may be coming apart, and a recent leaks from Sony has major implications. In short, the music industry could rupture again, and it could be very messy for all involved.

Here’s the lead to a new post from Digital Music News:

Specifically, the action would seek to get artists paid fairly for massive, upfront cash transfers from streaming services like Spotify, which many artists and managers say are not being shared with a large majority of signed artists.

The story is spurred in part by the leak of a contract between Sony and Spotify, “one that featured large cash advances and control over portions of Spotify’s advertising inventory,” and that may be a typical example of how the majors and streamers play ball together.

But that’s just the latest smoking gun after plenty of informed speculation about backroom deals and other leaks. Last year, a Lady Gaga contract leaked, showing that Gaga would earn nothing from licensing and special advances – that Spotify and her label, Interscope, would take all of it. If one of the biggest artists in the world is getting exploited, how are things working out for musicians who are not superstars with a small army of people working for them?

To artist’s rights advocates, the latest leaks are important, but only because they confirm what they’re hearing anonymously or from off-the-record sources. Here’s what Camper Van Beethoven’s David Lowery told Salon last year:

Say we own an apartment together, and we’re going to split whatever money we make off this apartment when we rent it out to somebody. But I go out to this renter and I say, “I tell you what, instead of you giving me $1,500 a month for this little studio apartment, we’ll charge you $750 rent but you basically give me $8,000 per year personally off the book and I’ll give you this cheap rent under the table.”

And then you’re splitting with me just that $750 and keeping the eight grand for myself. That’s what happened when the record labels traded equity for lower royalty rates. And I don’t know how long it’ll take, but there will be a class action eventually over that, but it may be too late.

Whether the deals are appalling, actionable, or not is hard to see when they are so shrouded in secrecy. Lawyers are good at doing things legally, market fundamentals be damned, so they were likely very careful when putting these and other contracts together. If we can't see how things work, how can we have a viable music market?

Music historian Ted Gioia, author of “West Coast Jazz,” “Delta Blues,” and “Love Songs,” sees the ethical issues this way. "We need more transparency on these agreements, and if the music industry continues to cut secret deals perhaps Congress needs to step in," Gioia told me today. "We would never have learned about the worst abuses of the payola scandal in the music biz if Congress hadn't held hearings back in 1959. Deejays were fired and radio stations changed their policies in the aftermath. But it wouldn't have happened without pressure from the authorities. The current relationship between streamers and labels demands a similar scrutiny."

Back in the payola days, some deejays were required to take lie-detector tests on television. “Can we arrange something similar,” Gioia asks, “for the CEOs of Spotify and the major labels?”

Realistically, a suit could take years to come together. The good news here is that a class-action suit would open a lot of corporate books; “sources noted that a group of artist representatives and attorneys may still be motivated to bring the action,” Digital Music News noted, “merely to highlight just how badly these contracts are screwing their clients.”

It might not solve everything, but at the very least it would let some sunshine in. That day can’t come soon enough.