The transgender conversation we really should be having: Caitlyn Jenner, trans visibility, and America's long road to equality

This week, the world was introduced to a radiant Caitlyn Jenner. There are other names we should know, too 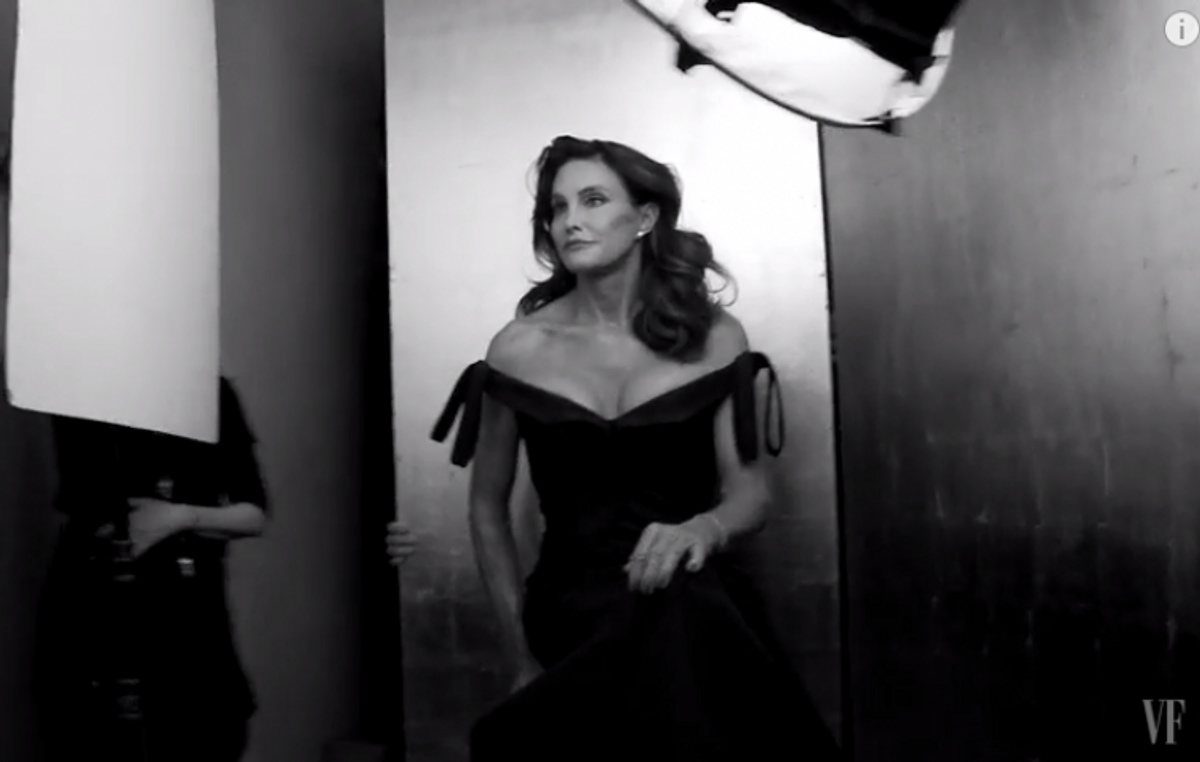 Coming out as trans is an act of courage. For Caitlyn Jenner to do it so publicly is a gift. Jenner’s stunning Vanity Fair cover broke the Internet wide open on Monday and brought her story of triumph and personal struggle to millions of readers. And when the issue hits newsstands next week, I have no doubt that someone waiting in line at the supermarket is going to lock eyes with Jenner on that cover and see possibility. They’ll read her words and feel less afraid.

“If I was lying on my deathbed and I had kept this secret and never ever did anything about it, I would be lying there saying, ‘You just blew your entire life,’” Jenner said in the profile.

The piece provides a look into her life at a moment that feels incredibly joyful, but it doesn’t gloss over the pain she experienced before coming out or the challenges she continues to face while navigating her relationships with her family and her public profile.

Recalling her first attempt to transition in the late 80s, Jenner told the magazine that she refused to take pain medication while undergoing two years of electrolysis because she thought the discomfort was “part of the pain for being me... this is what you get for being who you are. Just take the pain.’” She said that a TMZ story crudely speculating about her gender identity made her contemplate suicide.

One thing that the profile makes abundantly clear: there is no amount of money or fame that can insulate a person from the harms of a deeply transphobic culture.

But as Janet Mock pointed out on Twitter, Jenner’s public triumph -- her autonomy, the control she now feels over her own life, her joy at finally feeling “free” -- presents us with an opportunity to reflect on the barriers to healthcare, employment, housing and safety that leave so many trans people vulnerable. “Let's celebrate Caitlyn & use her moment to uplift trans folks facing insurmountable economic barriers for affirming healthcare,” she wrote.

According to the National Transgender Discrimination Survey, trans people are four times as likely to have a household income under $10,000. Additional data from a comprehensive report by the Center for American Progress and the Movement Advancement Project broke the numbers down even further, finding that poverty persisted despite educational attainment rates that outpace the general population. (That report is also the source for the data cited from this point out unless otherwise noted.) Vulnerability to extreme poverty is worse for trans people of color, the report also notes:

Asian and Pacific Islander (API) transgender people were six times as likely to report extremely low incomes compared to other API people, while 34% of black transgender respondents reported incomes at this level, compared to 9% percent of all African Americans.

The consequences of employment discrimination are lifelong. Savings are diminished or nonexistent. Income insecurity means food and housing insecurity. And those vulnerabilities start young: 20 to 40 percent of the youth population facing homelessness are LGBTQ.

Discrimination in healthcare is another burden disproportionately shouldered by trans people, with 70 percent reporting discrimination in accessing care. Gender affirming healthcare remains out of reach for so many because, often, it isn’t covered by insurance or there is no insurance to begin with. But even having a plan doesn't guarantee care. Trans members of the military, still forced to serve in secret, are similarly denied vital health services.

And as Jenner noted in an earlier interview with Diane Sawyer, trans people, particularly trans women of color, face disproportionate rates of violence and are incredibly vulnerable to police profiling, arrest and incarceration. Often, these aren’t distinct challenges or barriers. They each take a physical, emotional and financial toll. They compound and layer. Discrimination in education increases vulnerability to discrimination in employment which amplifies vulnerability to poverty which compounds vulnerability to violence which exposes people to greater interaction with law enforcement which leads to more violence. It’s a cycle with an unacceptable human cost, and it’s preventable.

This is a moment of unprecedented visibility and awareness about the struggles trans people face every day to survive, but, after so much indifference and erasure, it’s hardly enough.

Here’s how Janet Mock, speaking from her own experience as a trans women with a platform and a tremendous sense of responsibility to others, put it earlier this year:

Yes, trans women are being murdered. Yes, trans women of color have gained mainstream visibility. But trans women, particularly those of color, have always been targeted with violence. The differences now? There are some systems in place that better report violence and there is finally visibility of a select few that helps challenge the media’s framing of these women’s lives.

But cultural representation is just one piece of the social justice pie, and we must be clear about one thing: Trans women of color have had one year of visibility in the media, after decades of erasure… It’ll take more than a year of a few trans women in media to transform decades of structural oppression and violence, decades of misinformation, decades of exiling.

This week, the world was introduced to Caitlyn Jenner. We should know her name. But there are other names we should know, too. Women like Taja DeJesus and Yazmin Vash Payne, who were killed earlier this year. The number of trans people murdered in the first months of 2015 was staggering, and has grown since then. We should know the names of pioneers like Sylvia Rivera who cleared a path so that a moment like what we’re seeing this week might be possible.

In that spirit, I’ll give the last word to Rivera, who died in 2002, reflecting on the Stonewall riots. The interview is from 1998, but her perspective is no less vital -- or relevant -- today:

Today, we have to fight back against the government. We have to fight them back. They're cutting back Medicaid, cutting back on medicine for people with AIDS. They want to take away from women on welfare and put them into that little work program. They're going to cut SSI. Now they're taking away food stamps. These people who want the cuts-these people are making millions and millions and millions of dollars as CEOs.

Why is the government going to take it away from us? What they're doing is cutting us back. Why can't we have a break? I'm glad I was in the Stonewall riot. I remember when someone threw a Molotov cocktail, I thought: "My god, the revolution is here. The revolution is finally here!"