"When you say 'respected,' what do you mean?" guest Paul Sorvino asked 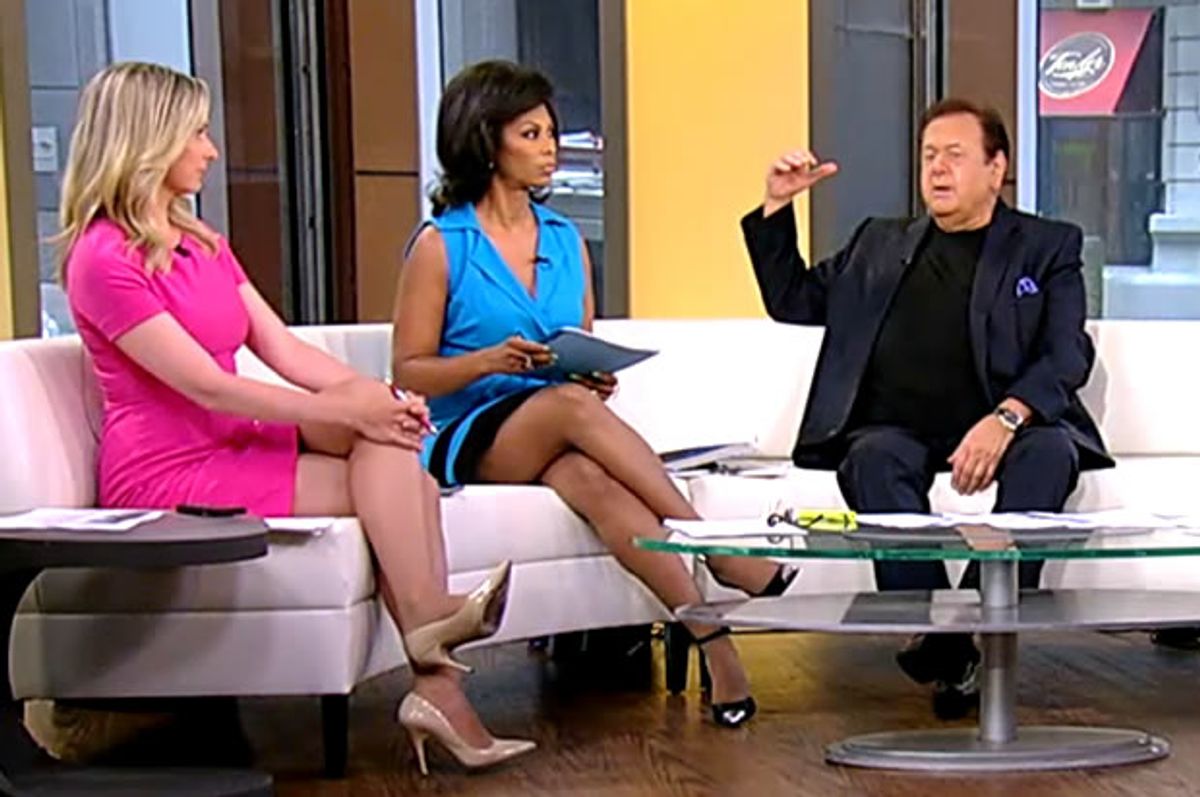 On "Outnumbered" Tuesday, the four female panelists and "one lucky guy," actor Paul Sorvino, attempted to wrap their heads around the fact that the latest polling indicates that the United States is once again the most respected nation on the planet -- and they failed, miserably.

The segment began with a clip of President Barack Obama noting that when he came into office, the United States ranked below China and barely above Russia in world opinion. Today, however, the United States is again the most respected country in the world because, as the president said, "of the work we did to reengage the world."

But the panelists on "Outnumbered" were reluctant to give Obama credit. "Global polling by both Gallup and Pew indicates that the president seems to be correct about the world having a more favorable opinion about America now," co-host Sandra Smith said. But, she added, with the rise of ISIS and the nuclear negotiations with Iran, "some critics" -- none of whom she identified -- "are wondering if this sort of victory lap may be a bit premature."

"One lucky guy" Paul Sorvino was the first to deflect, saying that whether it's premature or not is "irrelevant," because "when you say 'respected,' what do you mean?" He added that America's enemies certainly don't have more respect -- not the way "they would have under a [President] Giuliani, let us say."

"We need Wyatt Earp," Sorvino added, "and Mr. Obama is not that."

Co-host Harris Faulkner had the decency to actually cite a source -- the former prime minister of Qatar -- who appeared on Fox News Business and said, in Faulkner's words, "I am a friend to the United States, but I share the shock of a lot of people around the world about the policy of this president."

Unfortunately, she did not indicate who "a lot of people around the world" were. Nor did Lisa "Kennedy" Montgomery, who complained that world leaders must not have respected President Obama or Vice President Joe Biden when they didn't show up to walk arm-in-arm with them after the Charlie Hebdo massacre.

She also questioned the sincerity of the president's efforts to initiate a relationship with Iran or Cuba. "He just wants his legacy," she said. "He wants to take the victory lap. He's only working with Cuba and Iran so he can get up and make a speech like that."