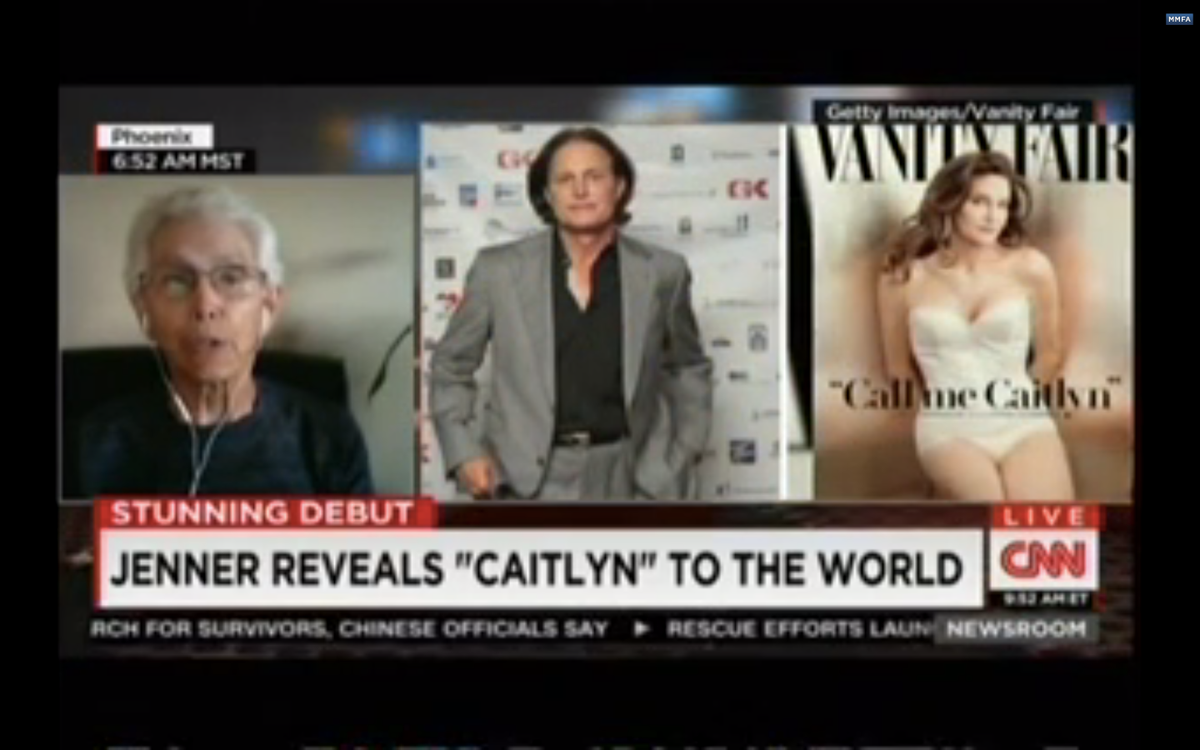 Anti-LGBT activist Walt Heyer is not an expert on trans issues. The conservative commentator, who lived as a woman for nearly a decade before transitioning back to living as a man, gained notoriety for spouting intensely transphobic views based on his own experience -- and not on research. And yet Heyer appeared on CNN on Tuesday to discuss Caitlyn Jenner's appearance on the cover of next month's Vanity Fair, as well as his discredited belief that transgender people often regret the decision to transition.

"This doesn't always last," Heyer said of the joy Jenner has expressed at transitioning. "It's sort of like going down to the bar and you're having a good time and you drink it up good, and then you wake up with a hangover."

Research -- including a study cited by CNN host Carol Costello -- has shown that the incidence of "transition regret" is extraordinarily low, with some estimates wildly contradicting claims that feelings of contrition are rare. One Swedish study indicated that an overwhelming 95 percent of transgender people experienced positive outcomes from transitioning, despite the persistence of myths peddled by people such as Heyer.

As Media Matters' Carlos Maza points out, Heyer himself has admitted that his situation was rare and that his gender dysmorphia was misdiagnosed:

Heyer's experience isn't reflective of the experiences of the overwhelming majority of transgender people; he even admits that he was "misdiagnosed" and was actually suffering with "a dissociative disorder that required talk therapy, not surgery." His views about transitioning aren't rooted in research or medical expertise. The idea that many transgender people experience "transition regrets" has been widely debunked and contradicts the positions of major professional medical organizations, which all view transitioning as an important and beneficial step for people who identify with a gender identity that doesn't correspond with their biological sex.

Maza also notes that Heyer's ideas, favored among anti-LGBT groups such as Americans for Truth About Homosexuality, are fringe, and not necessarily an ideal guide to responding to Jenner's coming out. Heyer has advocated imprisoning parents who assist their children in transitioning, fanning the flames of hate and stigma toward an already marginalized group.

Watch Heyer's appearance on CNN, via Media Matters, below: