Inside the passionate "girl-topia" of BookCon: Where authors are rock stars and geek-chic girls rule 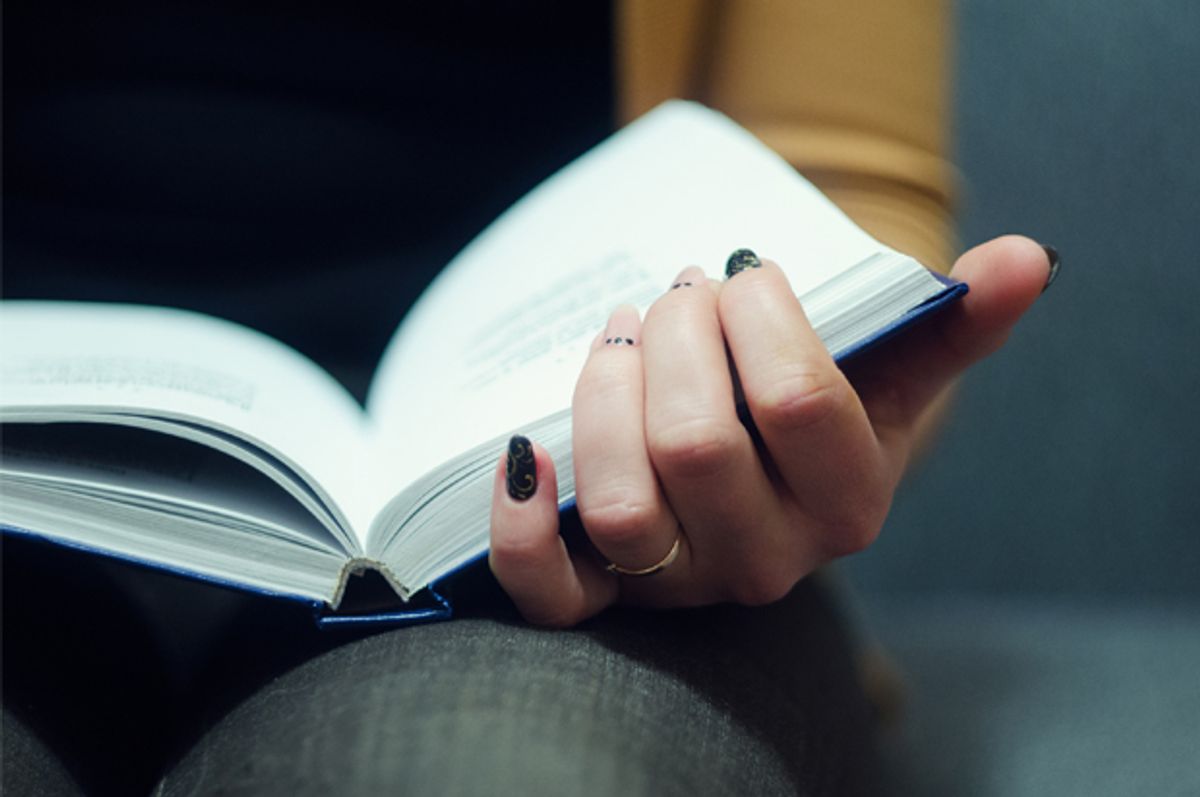 “I’m so excited I feel like I’m going to explode,” a girl who looked to be about 15 said to her friends as they skipped toward the entrance of the Jacob Javits Convention Center in New York City on Saturday morning. “I can’t believe we actually just saw him!” The “him” in question wasn’t a member of the band One Direction or similar teen star. It was the bespectacled, 38-year-old author John Green, whose acclaimed YA (Young Adult) novel, “The Fault in Our Stars” was adapted to film last year.

Consider that only the second sign that entering BookCon — a new, Comic-Con-style fan gathering for book lovers — is a bit like jumping to an alternate universe. The first sign was that anyone could be so happy to approach the Javits Center, a vast, uncongenial structure crouching on the most desolate stretch of Manhattan’s far West Side. Just one day earlier you could have spotted older and far more resigned figures trudging toward its gates. BookCon follows on the heels of Book Expo America, a trade convention attended by publishers, bookstore owners, distributors, authors, the media and other professionals, all of whom like to moan about how exhausting and demoralizing BEA can be.

But not BookCon! That squealing 15-year-old was part of a group of similarly young enthusiasts, all dressed in matching lavender t-shirts commemorating their book group. They were shepherded by a middle-aged man, evidently a teacher, who struggled mightily to contain their high spirits long enough to agree on a time and place to reconvene later. Then, they were off, because the exhibit floor was finally opening and, along with scores of other kids, they were running, running, running — determined to be the first ones to get to the books.

The publishing industry is just beginning to dip its toes into this sort of event. There are regional book fairs and any number of professionals-only conventions held by organizations like the American Library Association, but those are sedate affairs. Book publishers rarely have much direct contact with the end users of their product: that is, readers. The handful of familiar book-business faces I encountered at the con seemed pleasantly dazed by the festival atmosphere. “It’s a whole lot of readers,” one publicist marveled. “And they’re all so excited.”

“Excited” did seem to be the word of the day. People announced their excitement about BookCon on Twitter and excitedly posting photos to the con’s official app. They were excited to get foam-rubber shields promoting the new Rick Riordan book, “The Sword of Summer,” the first installment in Riordan’s new Norse-based series, and they were super excited to read the book itself. They were excited to see genuine TV stars like Mindy Kaling and Nick Offerman — both of whom have new books coming out — speak on stage, excited enough to wait in long lines to collect the wristbands needed to get into such hot events. And they were excited just to be in the same building with fresh-faced YouTube celebrities like Connor Franta and Shane Dawson.

But they were mostly just excited to meet authors. Three girls in their late teens stood in a crowded aisle, looking a bit deflated. They’d just missed the cut-off point for the line to get a signed copy of a collector's edition of “Fangirl” by YA luminary Rainbow Rowell with a sneak peek of “Carry On,” Rowell's forthcoming novel. If BookCon has its own particular firmament, Rowell — author of “Eleanor & Park” and “Fan Girl” — is one of its brightest lights. Meanwhile, the nearby line to get books signed by “X-Files” star David Duchovny (he just published a humorous novel titled “Holy Cow”) still had plenty of room. At BookCon, Rowell is a much bigger deal than Duchovny.

Most of these fans are young, although a fair number of parents and adult chaperones had tagged along and seemed pretty excited about some of the books themselves. Unlike the predominantly white publishing industry types who attend Book Expo America, these readers are impressively diverse in terms of race. Last year, the tentative launch of the very first BookCon was marred by controversy over a lack of panelists of color. This year, crowds packed panel discussions on diversity in children’s books and in genres like science fiction and fantasy. (The biggest complaints this year had to do with the show’s understaffed official bookstore, where the huge line fostered misbehavior reminiscent of another YA classic, “The Lord of the Flies.”)

Above all, though, BookCon is a girl-topia. Boys made a respectable showing, but the usual gender balance seen at massive fan conventions like Comic-Con is reversed. The soulless halls of Javits were strolled by hordes of dewy-cheeked young women whose style might best be described as nerd chic — black rimmed glasses, comfortable shoes, the occasional clever hat and tote bags loaded to the bursting point with books.

I ran into three BookTubers — video bloggers who specialize in talking about books — at the Pinkberry stand. Lainey Kress, Shannon Ippolito and Riley Marie range in age from 19 to 23 and say they read five to seven books per month. “Mostly YA,” said Kress, “but we don’t like to limit ourselves.” They’d been to BEA as well, and had a more sober, composed air to go along with the smart business cards they had printed up for the trade show. The author they were most keen to meet, Leigh Bardugo, writes sophisticated epic fantasy infused with Russian folklore and culture. They were underwhelmed by the YouTube stars who thrilled many of the tween BookCon attendees. “Their books are mostly memoir and self-help,” said Rainey. “I’d be more interested if they wrote a novel,” Ippolito added.

These voracious young readers represent the rising generation of book lovers and are the main reason that one of the few sectors of trade publishing to show a consistently healthy rate of growth these days is kids’ books (which includes YA). Kress, Ippolito and Marie all joked about coming up through the usual progression of book-series obsessions: Harry Potter, “Twilight” and “The Hunger Games.” Now they’re looking around for more, scanning social media and GoodReads and their friends’ recommendations for tips on what to read next and sharing their own picks on YouTube and Twitter.

Women have always constituted the majority of book buyers, particularly for fiction. What they haven’t had before is something like this, a meeting of the tribes, like the conventions organized by the (traditionally male-dominated) fandoms for comics and science fiction. As I stood next to a friend overlooking the crowd trickling out of Javits toward the end of the day, we agreed that our lonely, bookish 14-year-old selves would have reveled in BookCon, both for the new books we would have discovered and for the revelation that we had plenty of company in caring about reading as passionately as we did. And that seemed like something well worth getting excited about.