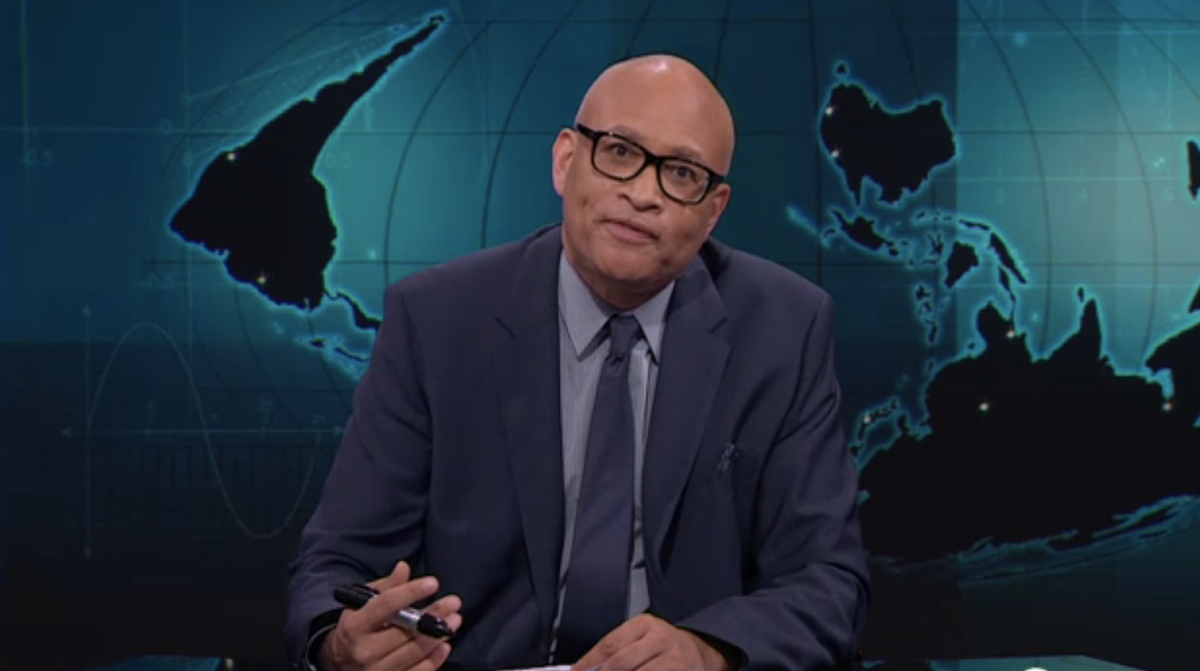 Larry Wilmore decided to check back in on Baltimore on Tuesday's "The Nightly Show" -- the first in a recurring segment called "What Up, Baltimore?" -- to find that violence is still very much on the rise. The only difference now, he observed, is that police activity has come to a near-total halt. "Thankfully!" says the Fox News crew.

“Hey police, we didn’t say stop stopping murders, we said stop committing murders,” Wilmore joked, before rolling a series of clips from Fox commentators  including, but not limited to, Eric Bolling and Kimberly Guilfoyle. Both of whom seemed to celebrate the slowdown.

Bolling explained, in his clip, that officers were definitely "demoralized" by the whole situation and "what did you expect would happen?"

“Since when is being demoralized an excuse to not do your job?!” Wilmore fired back.