Our Founding Fathers fetish is strangling America: The disastrous consequences of our childish hero-worship 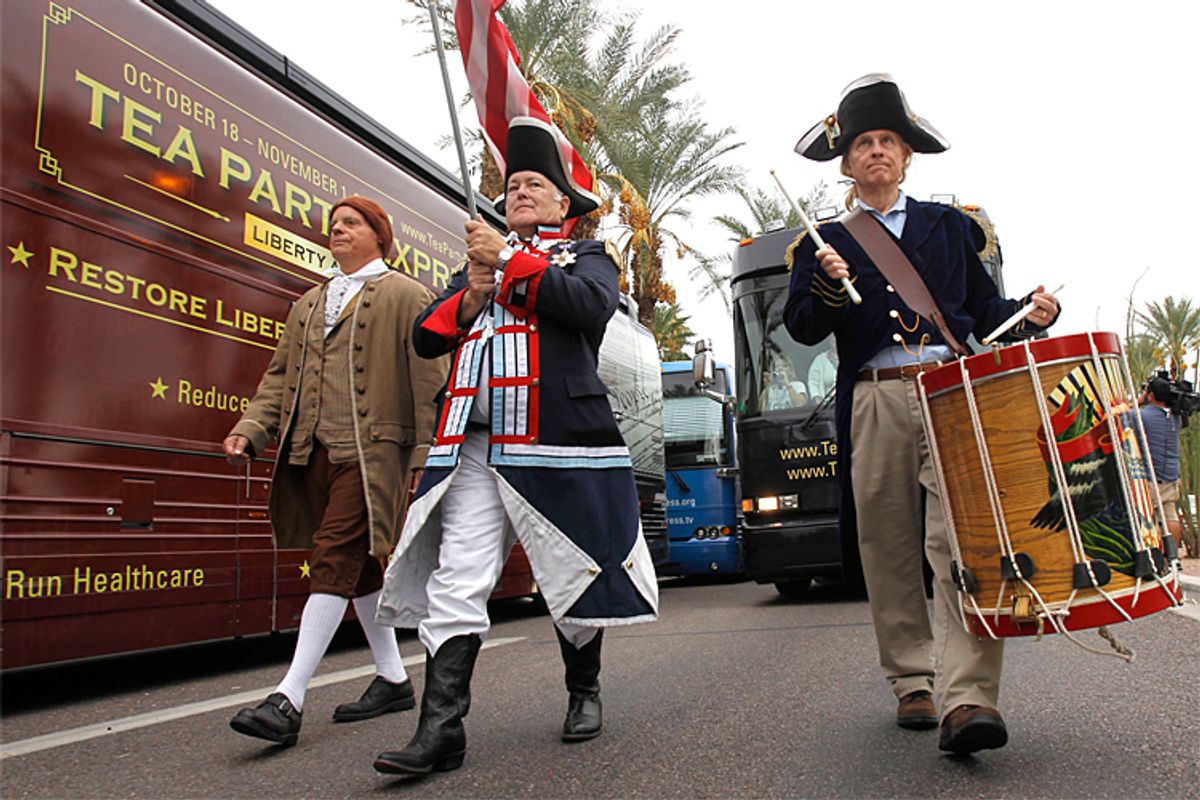 This Fourth of July, we will reach the 189th anniversary of Thomas Jefferson's death. That means that, soon, Thomas Jefferson will have been dead for a longer period of time than the entire existence of the Mongol Empire, that great and mighty behemoth that irrevocably changed the world. It's been a pretty long time, in other words! So why do so many Americans still expect Jefferson's writings — many of which came when he was a relatively young man — to answer the questions of today?

That, in large part, is the focus of "The Jefferson Rule: How the Founding Fathers Became Infallible and Our Politics Inflexible," the new book from historian and Georgia State University professor David Sehat. Not only does Sehat try to understand how and why Jefferson and his fellow Founders became such sainted figures, but also he explains why the transformation of these (admittedly special) men into gods has such a troublesome influence on American politics today. And why it needs to stop.

Recently, Salon spoke over the phone with Sehat to discuss his book, the Founders and why the problem he's exploring afflicts Americans on both the left and the right. Our conversation, which has been edited for clarity and length, can be found below.

American politics has been fetishizing the founding generation for a long time. Was there a specific incident that compelled you to write this book? Like, something so annoying in this regard you couldn't take it anymore?

Then, about the same time, the Tea Party began. I looked at the way that the Founding Fathers were being represented in political debate ... and it seemed like it didn’t match what I knew about them. I couldn’t quite figure out ... why people were using the Founding Fathers. I wondered where it came from and how it started, and so I decided to write a book.

What is the Jefferson Rule?

The Jefferson Rule is the notion that all of our politics must somehow be tied to the founding fathers and justified by the founding father. I mean it in the sense like a rule or a commandment, like, “You should not diverge from the supposed ideas of the founding fathers if you want to be a successful politician.” That’s my sense of what the rule is and it’s a kind of implicit rule of American politics that I think is nevertheless really very important, because it controls the nature of American political debate and, I would say, introduces a lot of political pathologies into that debate.

I know that Abraham Lincoln was fond of always tying his policies back to the Declaration of Independence and his reading of the Founding Fathers' vision. Was that happening before Lincoln already?

That was the thing that struck me was that the deification of the Founding Fathers began really upon their death — and in some cases even a little bit before some of them died. As they died, people began referring to “our forefathers,” or “our fathers,” or “the fathers of our nation.”

I think in part they were responding to the popular affection for the founders; and for politicians, especially, if you could align yourself with this first generation of American politics, then you had a level of legitimacy for your policies and for your politics that you wouldn’t have otherwise. So, really, from the second generation of American politics on — and we’re talking Henry Clay and John Quincy Adams ... and Andrew Jackson and others — it continued then on up through Lincoln and on to today.

Did the way people used the Founding Fathers change and reflect their specific interests at the time?

That was the thing that I found so interesting. To begin, I actually went back and read all the Founding Fathers themselves. They had deep, deep disagreements among them about all kinds of things; about the proper interpretation of the Constitution, the role of the federal versus the state level governments, whether the federal government could intervene in the economy; there's a whole gamut of things they disagreed about.

That continued all the way to Lincoln, as you mentioned. Lincoln made the Founders into people who were opposed to the expansion of slavery, particularly in the West, and his opponent, Stephen Douglas, made them into people who were in favor of popular sovereignty, which in his case meant the ability of new states to decide for themselves whether or not to host slavery. And then later on, they got recreated in other ways.

We tend to associate this move with the right. But liberals have done it, too. What are some of the ways liberals have tried to use the Founders for their own purposes?

FDR, for example, routinely depicted his opponents as people who were violating the egalitarianism of the Founding Fathers. He called them “economic royalists,” and he compared his own campaign against the power of the wealthy during the Great Depression with the fight of the Founding Fathers against political royalism during the American Revolution. In doing that, he demonized his opponents and depicted them as somehow not just against the Fathers, but against the founding ideals that made the United States great.

You see that also in someone like Martin Luther King, Jr., in the March on Washington. The entire event was designed to call up the Founding Fathers; marching from the Washington Monument, which of course represents the founding, to the Lincoln Memorial, which represents emancipation, and then concluding with his “I Have a Dream” address, which projects into the future — and, in King’s vision, a future of dynamic racial equality and the achievement of civil liberties. All of that is justified in King’s speech by realizing the themes of the Founders or the ideals of the Founders.

So is this a real "both sides do it" type of phenomenon? Or are there differences in how liberals and conservatives choose to use the founding generation?

Whereas, when you see liberals talking about the Founders, they’re either doing it like FDR did — as a kind of defensive mechanism from conservatives — or they have the idea that the Founders established a set of principles that have to be realized over time, but time matters, and there’s a living quality to it, so that the Founders as people aren’t so important in there. Their ideas aren’t fixed, but they established this set of ideals that can grow into the present.

When you’re talking to people that don’t know much about this and you’re trying to give them a sense of just how far apart the founders could be, what do you think of?

I point out that people were talking about civil war in 1798, and that, in 1798, the disagreements among the Founders were so strong that there was some concern that the United States might break apart.

[At that juncture] they were ... developing an army in order to resist what they worried was a potential French invasion (this was the era of the French Revolution and the Wars of Revolution that began after the French Revolution) and the United States was worried about France. But they — and Alexander Hamilton in particular — talked about using this U.S. army that they were making and marching it to Virginia.

I think about that every time I hear a politician say, The Founding Fathers thought (fill in the blank), because there’s very few things that you can fill-in that would make sense. When you think about the fact that they were so divided that they nearly turned to arms, it becomes even more problematic in my mind that that statement should ever be uttered.

Do you think your argument is the one thing you could get all of the Founders to agree on? Like, would they at least all agree that they shouldn't be seen as these holy figures of complete unity?

[Laughs] Not even that?

It strikes me that Jefferson would be very pleased to know that the Founding Fathers still matter. Jefferson himself is the one that in his disputes with the other Founders would refer to these "true principles of the Revolution" and he would talk about the ... that his opponents were committing political heresy and he articulated what he forthrightly called “our political creed.”

I think he might be alarmed at all the different uses to which he is put; so I suppose in that sense maybe they would all agree that they shouldn’t be put to all these different uses and invented out of whole cloth. But I suspect that at least some of them would be fully on-board with their thought being relevant if it was understood in the way that they wanted it to be understood.