"Republicans get away with murder": Bernie Sanders eviscerates the GOP's agenda 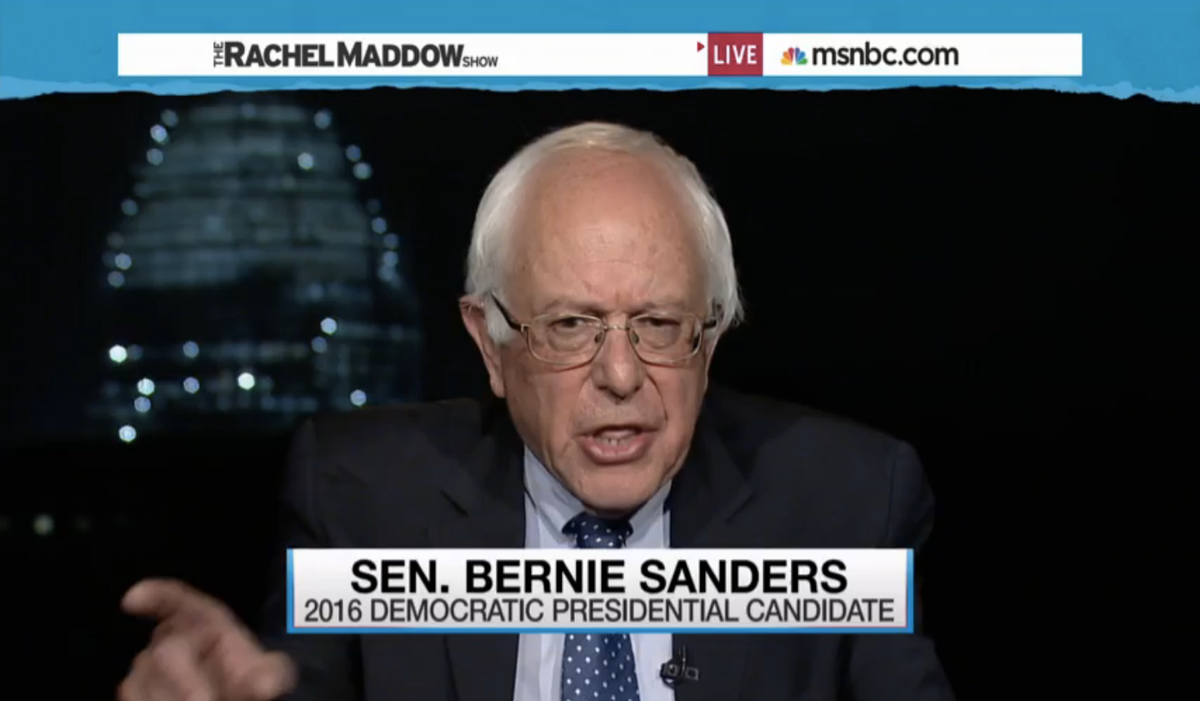 On Tuesday's edition of "The Rachel Maddow Show," host Rachel Maddow congratulated Bernie Sanders on the successful start of his presidential campaign.

"The message is resonating. People are tired of establishment politics and economics," said Sanders. "They want to be part of a movement which stands up to the billionaire class and says enough is enough -- our country and government belong to all of us, not just a few."

Maddow asked why Sanders is pushing to have Democrats and Republicans debate before there are official nominees.

"The Republicans get away with murder," Sanders said. "They have an absolutely reactionary agenda from this candidate to the other, but basically what these guys are about are huge tax breaks for billionaires, massive cuts in Medicare, Medicaid, nutrition, environmental programs, and also, clearly, some of the Republican candidates like Jeb Bush and Chris Christie have talked about [how] they want to cut Social Security. They can get away with that stuff because a lot of people don't know what they are talking about."