Sean Hannity believes this selectively edited video proves that Muslims hate America: “You see it on the tape!”

"Jaywalking" worked for Leno, why not for Islamophobes like Hannity too? 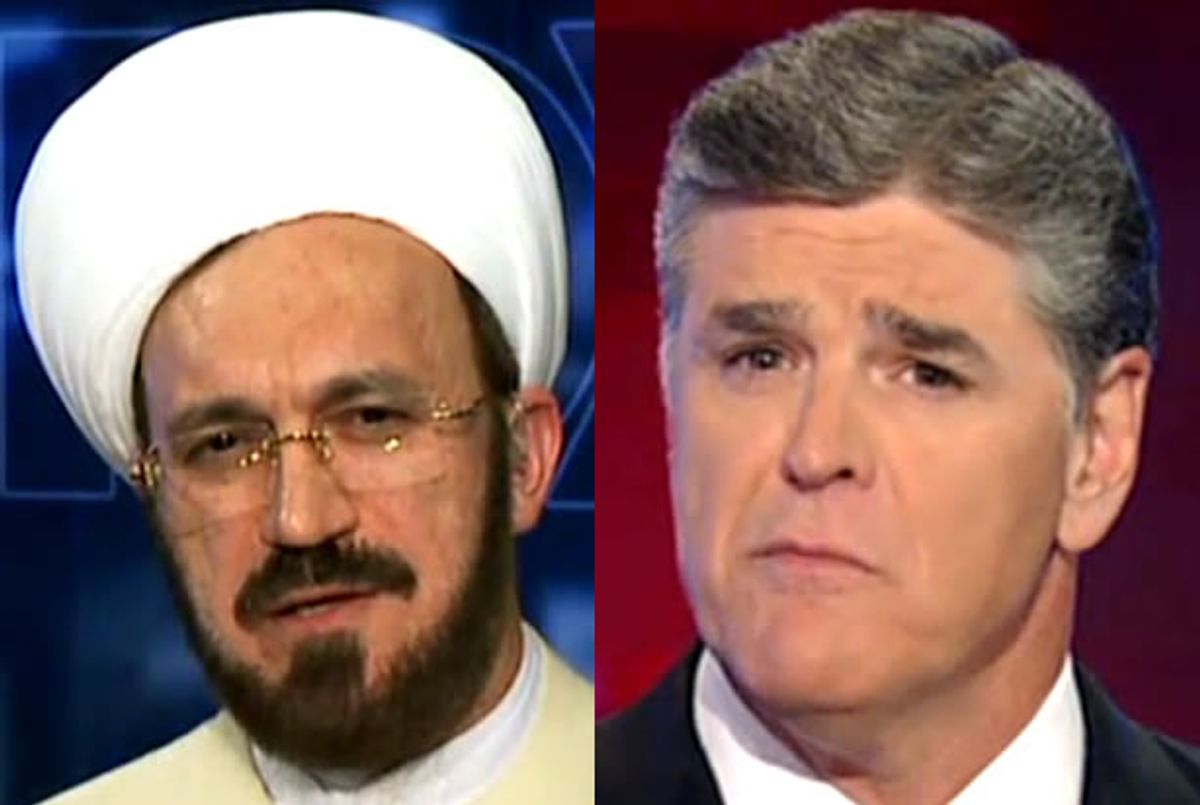 Still, based on the "disturbing" footage Horowitz presented, Hannity brought on Robert Spencer -- Pam Geller's cohort -- and Imam Muhammad Ali Elahi of the Islamic House of Wisdom in Deerborn, Michigan to discuss the threat that these "jaywalking" Muslims pose to America.

Hannity asked Elahi why, if Muslims hate America and want to live under Shariah law, they're so eager to become American. "First let me say," the imam answered, "that it hurts me that as mainstream Muslims, we're caught between two forces of Islamophobia -- ignorance on one side, ISIS and the Taliban and extremism on the other." He likened these forces to "two tsunamis" that are providing victory for one another, but making it impossible for moderate Muslims to live in peace.

"Sean, please show some understanding," Elahi pleaded. "All this propaganda and exaggeration and generalization and assumptions!"

"But you see it on the tape!" Hannity shot back, before asking Spencer whether the United States should force immigrants to "assimilate, agree with American laws and American values."

"Absolutely," Spencer replied. "This used to be taken for granted among immigrants as a matter of course." He cited statistics that 80 percent of members of mosques in the United States believe that Shariah law is superior to American -- but he didn't provide similar statistics about the number of devout Christians, for example, who would prefer biblical law to constitutional governance.

When Elahi attempted to bring that to Spencer's attention, the founder of Jihad Watch just started shouting about "the grim realities of what happens in mosques," and pointed to the video played at the beginning of the segment as proof.