In the ad, Jesse Ehrenfeld, a doctor who has just returned from war, asks for the freedom to marry his partner 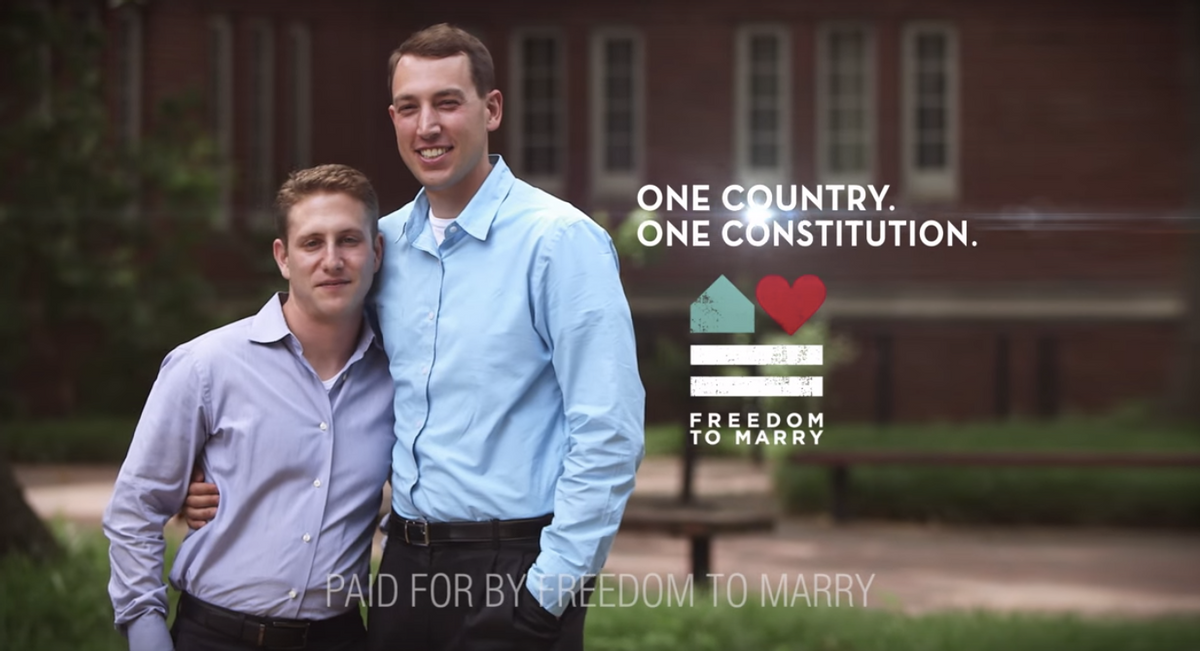 A television station in Chattanooga, Tennessee is refusing to run an advertisement that advocates for gay marriage. In it, a Nashville doctor named Jesse Ehrenfeld (who identifies as a "conservative Republican") explains that he has just returned from Afghanistan and that, despite putting his life on the line to protect US freedoms, he still doesn't have the freedom to marry his partner.

The Associated Press reports that Marc Solomon, national campaign director of Freedom Marry which created the ad, was told by WRCB-TV that the material contained was "too controversial."

Too controversial for Tennessee, sure. The Volunteer State has been tardy to join the 36 others states in which same-sex marriage has already been legalized. The U.S. Supreme Court recently heard arguments from couples challenging the same-sex marriage bans from Ohio, Michigan, Kentucky and, yes, Tennessee.

AP also reported that Ehrenfeld has received mostly positive feedback from those who've watched the ad and despite everything, has no plans to relocate to another state where same-sex marriage is legal. Tennessee is home now, he says -- adding that he hopes the advertisement will cause people in Tennessee to “pause and reflect and have a conversation.”

Watch the banned advertisement below: