Amy Schumer slays the Glamour Awards with hilarious NSFW speech: "I'm 160 lbs and I can catch a d**k any time I want"

"Someone on the red carpet asked me if I felt out of place, and I'm like, 'No, of course not. I'm very glamorous'" 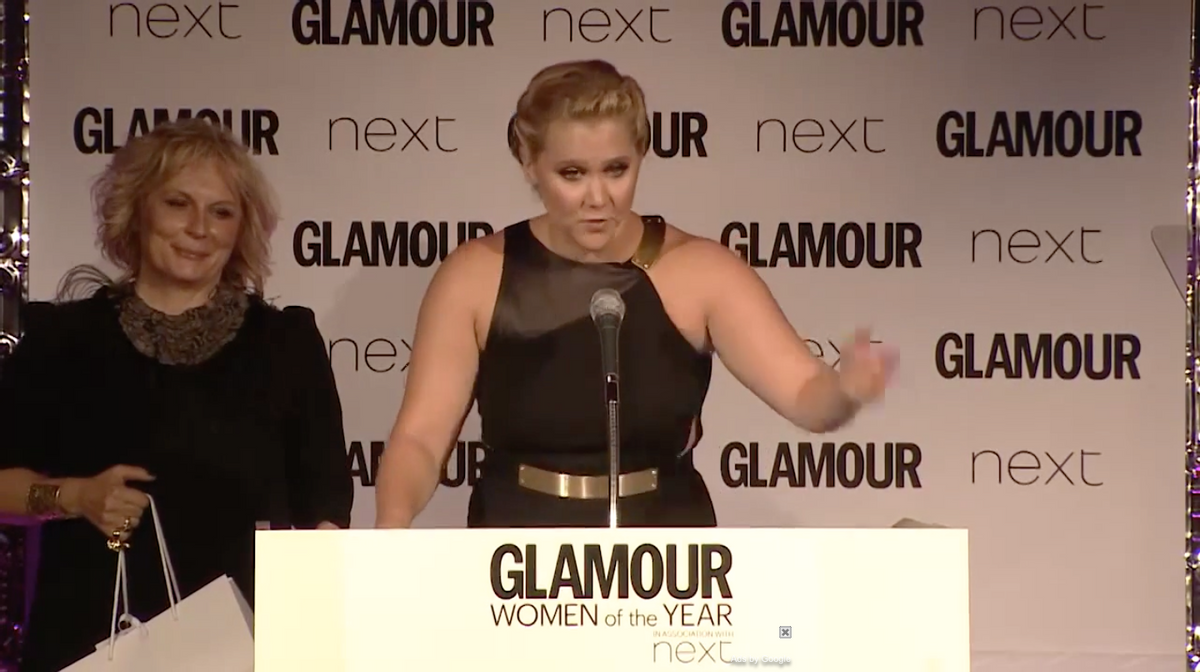 Amy Schumer has a history of awesome speeches, and she upheld the tradition in her acceptance speech for Trailblazer of the Year at Glamour’s Women of the Year Awards in London on Tuesday. Throughout the hilarious five-minute oration, the comic was her usual inspiring and unfiltered self, speaking brazenly about the body pressures women face and not having to apologize for who you are. Oh, and she was also funny as hell. As author Caitlin Moran put it, Schumer “ tore the fucking roof off. Standing ovation. She is Lady God."

Schumer kicked things off with a bang, riffing: "I'm probably like 160 lbs. right now, and I can catch a d**k whenever I want. It's not a problem.” And no, she wasn't nervous, thanks for asking. As she put it, "somebody on the red carpet asked me if I felt out of place, and I'm like, 'No, of course not. I'm very glamorous."

Throughout the speech, Schumer veered animately from topic to topic, sharing anecdotes from her youth (like how she lost her two front teeth and got her period in the same week of fifth grade) and calling out women’s magazines who make women “feel bad for just being born with a pussy."

But amid the (often NSFW) humor, there were also some real messages to glean. After sharing an embarrassing college hookup story, Schumer explained: "I told that story just about, like, losing your self-esteem and then finding it. And no, I'm not going to apologize for who I am and I'm going to actually love the skin that I'm in. I'm not gonna be striving for some other version of myself.”

Suffice to say, it was a hit: