Brian Stelter on the Duggars: "They're trying to go on the offensive" 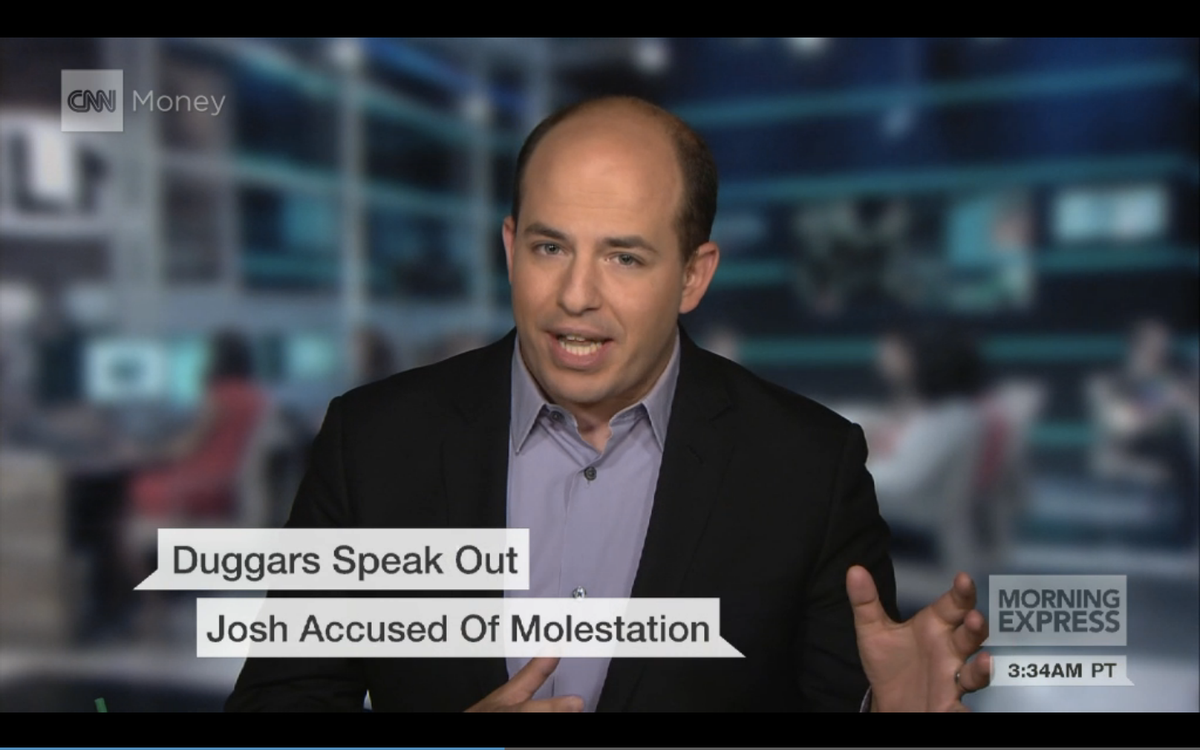 On Thursday morning, CNN host Brian Stelter attempted to explain why the Duggars chose to be scrutinized in a televised interview with Megyn Kelly.

"It does seem to me they're trying to go on the offensive, so to speak, after clearly they've been on the defensive for two weeks," said Stelter. "They talked about feeling like their family has been under attack."

He then said there are at least two obvious reasons why they are speaking:

"One is that they are trying to explain what happened and what didn't happen. They say this was improper touching -- they're emphasizing that this was not rape, for example. Now, to some people, they're trying to minimize a very disturbing story, but they are trying to give details about what happened and what didn't happen. But they may also be trying to improve their reputation and get their own side of the story out there, because after all, TLC's taken their show off the air. The network has to decide whether to bring it back in the future or not. This interview may or may not help them with that."

Watch the clip below, courtesy of CNN: