"This was not rape," Jim Bob said, "he just touched them over their clothes and under, but only for a few seconds" 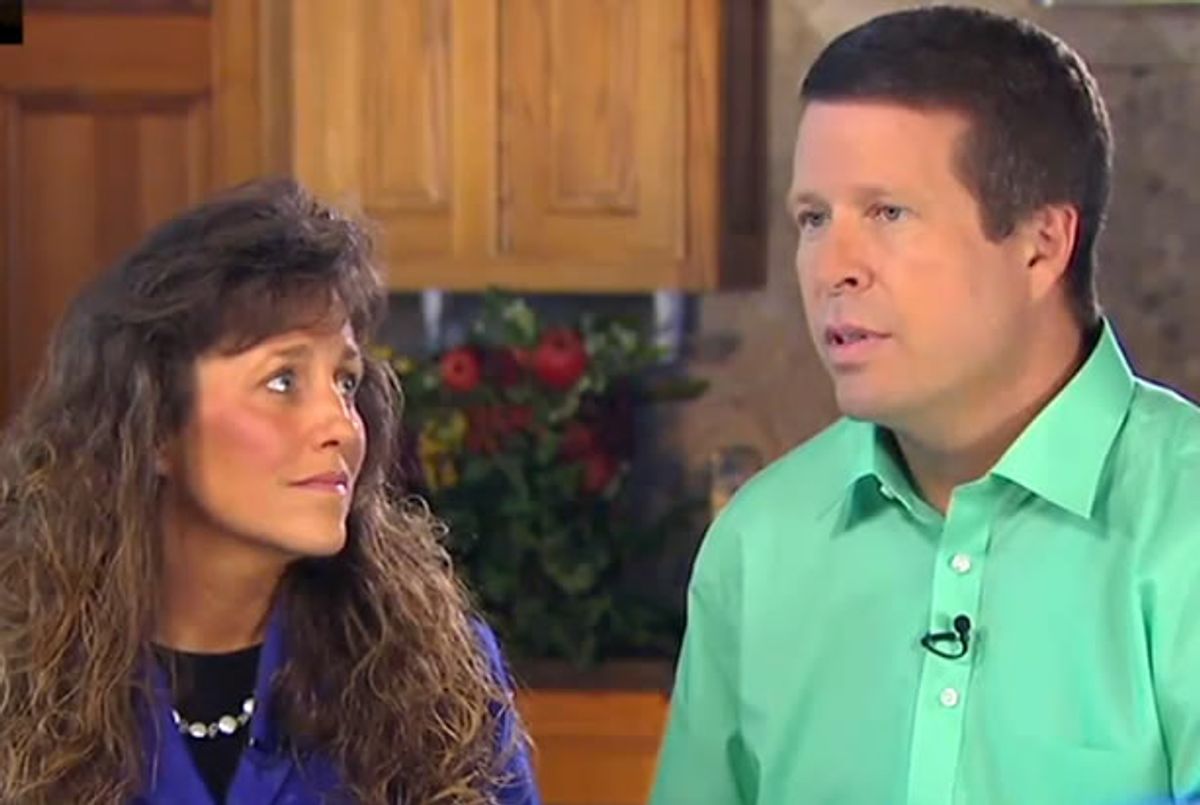 On Wednesday night's episode of "The Kelly File," host Megyn Kelly interviewed Jim Bob and Michelle Duggar about their son Josh's confession that he molested young girls, including at least two of his sisters.

Jim Bob explained that in 2002, Josh approached him and Michelle crying and admitted that he had been improperly touching young girls. The parents had "one ray of hope" in that Josh had "a tender conscience" and confessed his sins.

His sisters and the other girls he molested "didn't know anything," because they were too young to understand what had happened until it was explained to them at length.

After his confession, Jim Bob "poured my life into" Josh, taking him to work and keeping an eye on him at home. He said that he had put "safeguards" in place to protect his daughters -- right before acknowledging that there had been two later instances in which Josh touched the breasts of young girls while they were asleep on the couch.

"We thought Josh was on the road to mend, but he was still a kid," Jim Bob said. "There was a couple of more times he came to us and told us what he had done." He stressed that "this was not rape, he just touched them over there clothes -- and in a couple of instances, under their clothes, but it was only, like, a few seconds."

Only after the third time Josh approached them that they decided to seek outside help and remove him from the home. He met with an unlicensed, Christian-based counselor who, Jim Bob said, "turned his life around."

Kelly asked why the family would have allowed themselves into the national spotlight given Josh's history, and Jim Bob replied that the records had been sealed, and he didn't see any way that these incidents would become public knowledge.

As to the charges of hypocrisy, Jim Bob said that "what my son did was inexcusable, but it was not unforgivable." Michelle -- would lent her voice to an anti-transgender robocall campaign in Arkansas last year -- said that "there's an agenda, and there's people that are purposely trying to bring things out and twisting them to hurt and slander."