Former Arkansas Gov. says he doesn't know whether they'll join him on the campaign trail 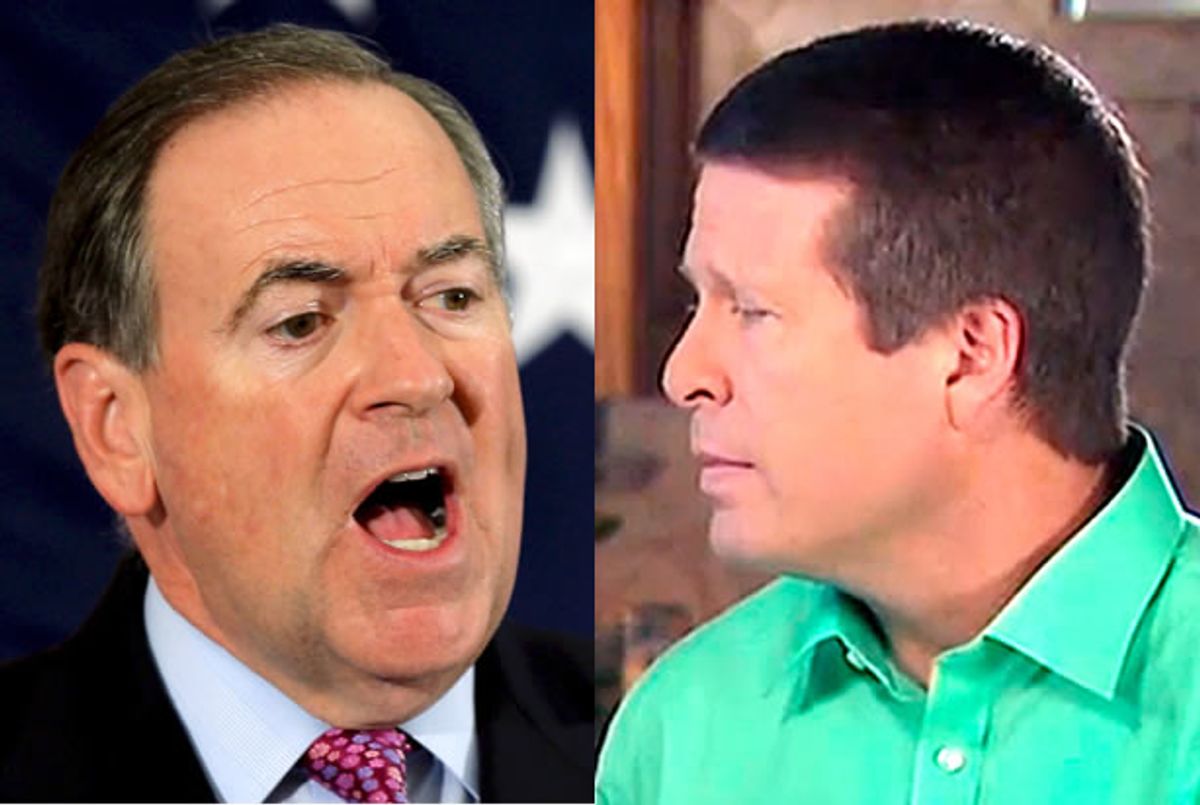 According to the Internet Archive, the endorsements were still there as recently as Monday. Jim Bob -- a former Arkansas state representative -- has endorsed Huckabee in both 2008 and 2016, and Huckabee returned the favor by vehemently defending the family's response to learning that the eldest son, Josh, had molested five young girls -- four of his sisters, and one babysitter.

Buzzfeed's Andrew Kaczynski asked Huckabee whether the Duggar family would be joining him on the campaign trail. "I don't know," he replied, "it will be up to them."

If the scrubbing of their endorsements from his campaign website is any indication, however, the choice probably won't be "up to them."