Julia Louis-Dreyfus on Jerry Seinfeld’s “Comedians in Cars Getting Coffee”: “You have no interpersonal communication skills” 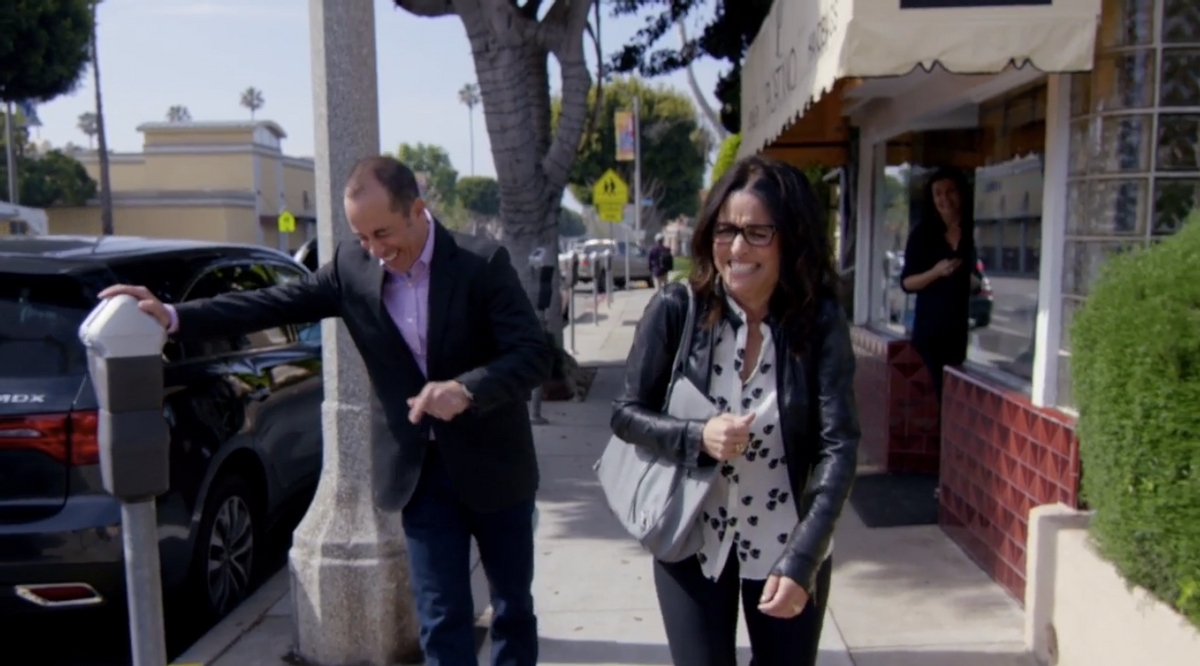 (Comedians in Cars Getting Coffee)
--

Speaking of "Seinfeld" truth-bombs, Jerry Seinfeld's latest guest on "Comedians in Cars Getting Coffee" — the web-series which follows white people around Hollywood, or sometimes NYC, as they look for a good cup of Joe — is no other than Elaine Benes herself, Julia Louis-Dreyfus.

Through the years, Seinfeld's web-series has cycled through a series of familiar friends and supporters who neither challenge the host nor the premise of his show. Thankfully, Louis-Dreyfus arrives to break through the monotony of it and call Jerry out on his bullshit every time the opportunity presents itself.

In one moment, he rolls down his window to tell a stranger backing out of her car into oncoming traffic that he's filming the "Seinfeld reunion" and she's not in it. In another, he complains that the coffee isn't hot enough for his liking and problem-solver Louis-Dreyfus comes to his rescue and asks the server to heat it up. All in all, a profoundly stressful day.

(Stray note: They run into Hilary Swank on the way over. Because it's Hollywood and stuff.)

"I think you can be nice. You're nicer than Hitler," Louis-Dreyfus tells Seinfeld. Then, reminiscing on the time she was pregnant on the set of "Seinfeld ," she slams Jerry for suggesting writing her weight gain into her character as Elaine. "I immediately burst into tears. It was like a death sentence," she said. "You have no interpersonal communication skills."

From Crackle: Julia Louis-Dreyfus: I'll Go If I Don't Have To Talk