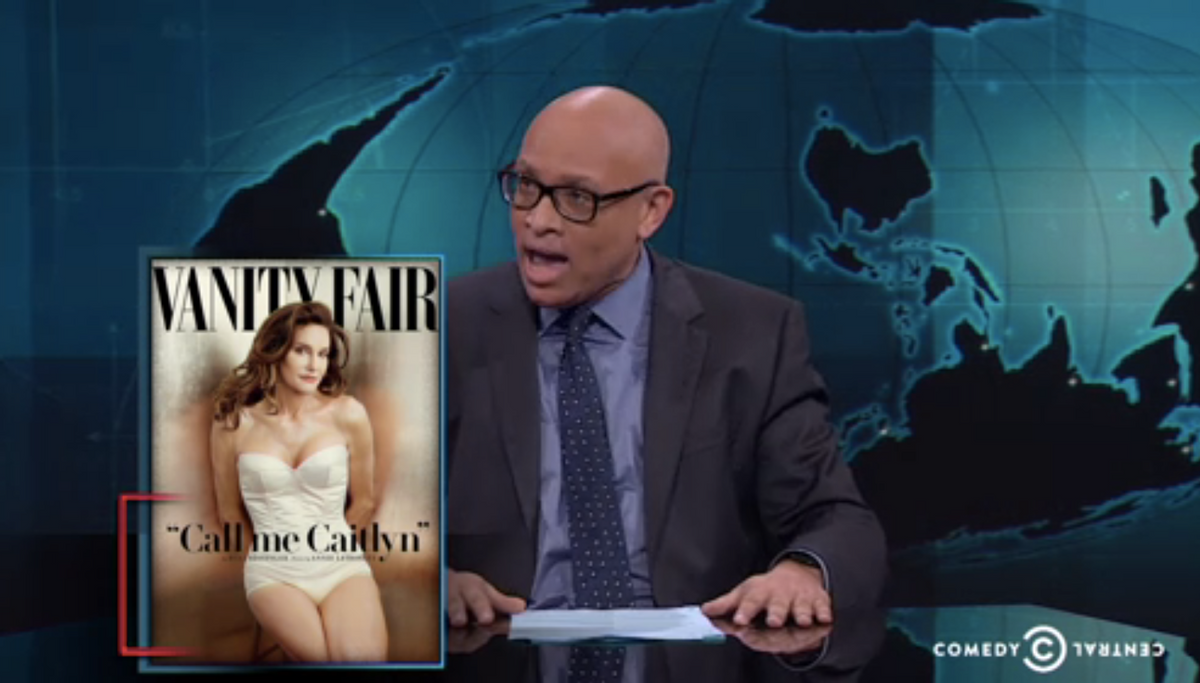 Mike Huckabee, widely known for propagating trans panic, and not at all known for comedy, joked back in February that if he had known about trans identity being an option he "would have found [his] feminine side" and asked his coach if he could shower with the girls. The gross comments were brought back from the dead after the release of Caitlyn Jenner's Vanity Fair cover, and certainly didn't go unnoticed by the likes of Larry Wilmore.

The "Nightly Show" host blasted Huckabee on Wednesday's program for the joke -- wondering aloud what the name of his book was: "Oh yeah, 'God, Guns, Grits and Gravy' and Go Fuck Yourself."

Let's not forget: Wilmore doesn't have the most pristine track record with Jenner jokes, either; he came under fire earlier this year for his own terribly belittling trans segment. (There were Wheaties "Transition of Champions" jokes involved.)