McCarthy's plus-size clothing line is slated for an August debut. Hopefully this is what we can expect 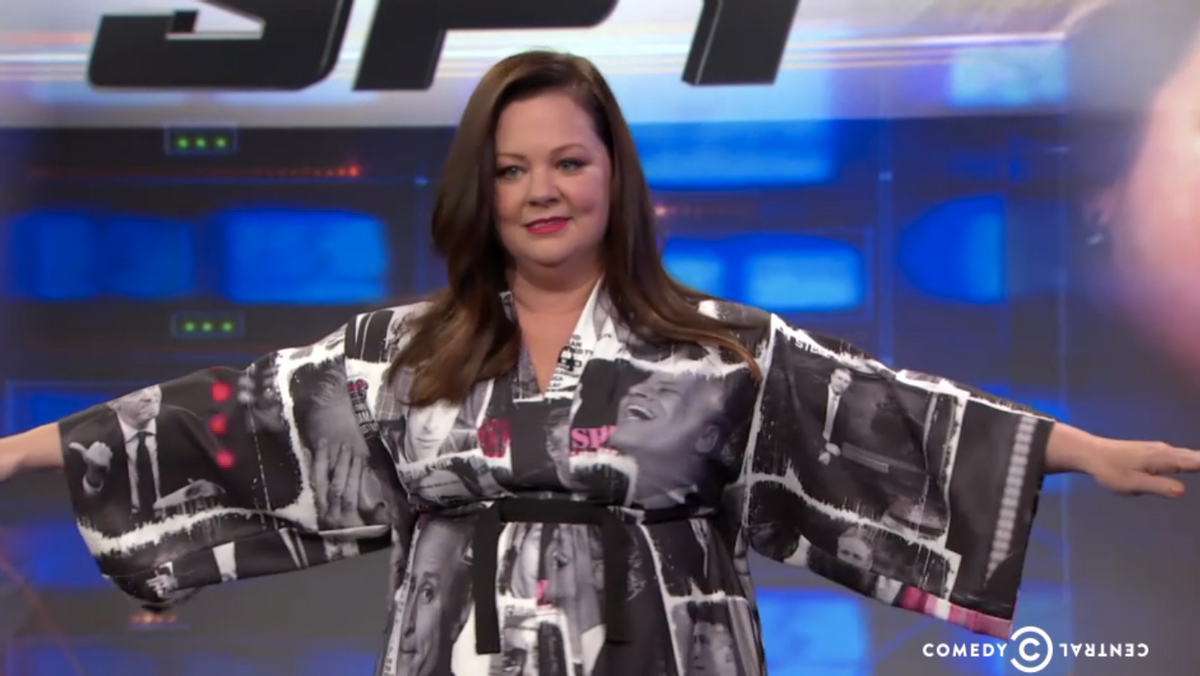 "What ... is that?" Stewart said as McCarthy walked onto the stage. "Lovely," he finally said of the dress after McCarthy explained, in blasé fashion, that it was her "Jon Stewart dress." Duh.

McCarthy's plus-size clothing line, called "Melissa McCarthy Seven7" is slated for an August debut, and we can only hope that Jon Stewart-themed formal wear will be made widely accessible to the public as part of it.