"Protecting young girls and not allowing young men... to go into a girls' locker room is just common sense" 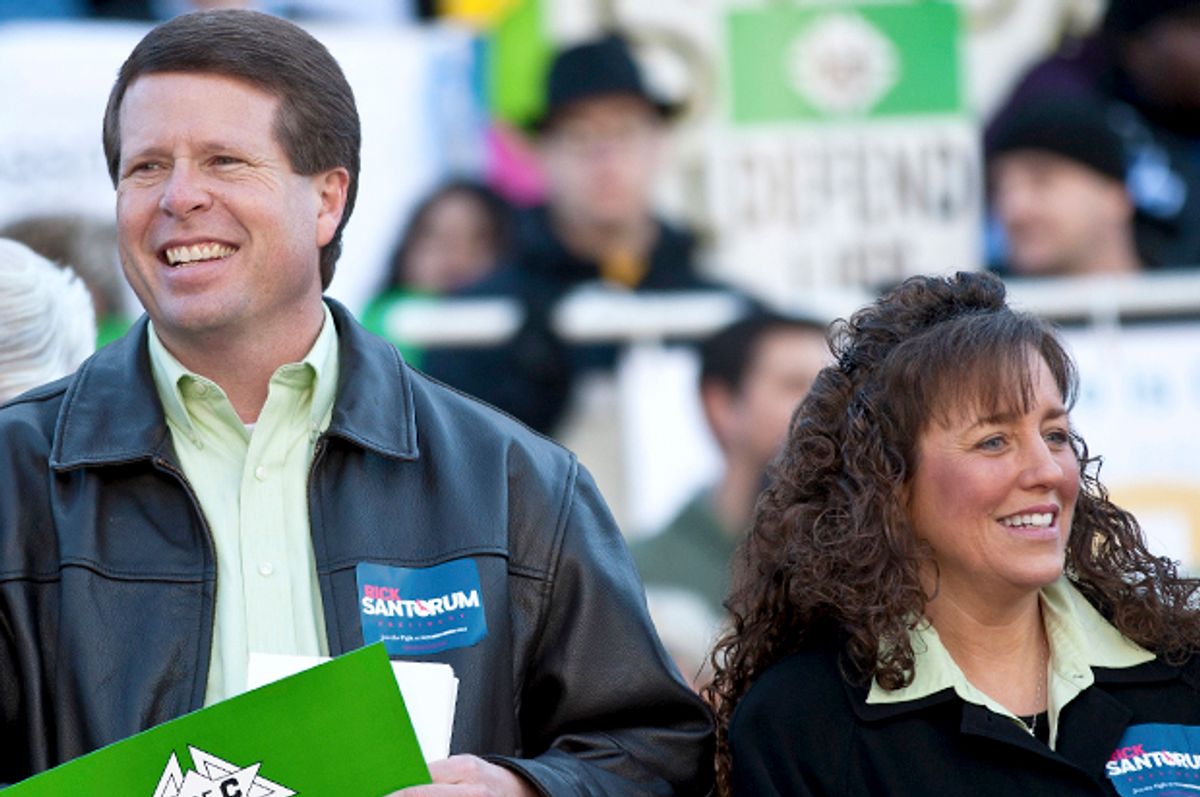 Last August, Michelle Duggar exercised her right to free speech by sending out an automated call to residents of Fayetteville, AR, arguing that a law intended to protect LGBT citizens against discrimination would actually expose young girls to the threat of pedophilia.

"I don’t believe the citizens of Fayetteville would want males with past child predator convictions that claim they are female to have a legal right to enter private areas that are reserved for women and girls," she said on the robocall. "I doubt that Fayetteville parents would stand for a law that would endanger their daughters or allow them to be traumatized by a man joining them in their private space.”

Obviously, her comments are put into sharp, hypocritical perspective after the revelation that the eldest Duggar son, Josh, had sexually molested his underage sisters.

"Folks have used [the robocall] in the past week against you saying, how could you unfairly, in their view, compare transgender people to child molesters, suggest they are child molesters, knowing what you know about Josh?" Kelly asked.

"I think that protecting young girls and not allowing young men, and men in general, to go into a girls' locker room is just common sense," Michelle said.

"But this is different," Kelly pushed, "Because you injected child molestation into it."

"I think you actually said pedophile in that," Jim Bob incorrectly clarified (see transcript above -- the word 'pedophile' is nowhere to be found). "A pedophile is an adult that preys on children. Joshua was actually 14 and just turned 15 when he did what he did. And I think that the legal definition is 16 and up for being an adult preying on a child. So he was a child preying on a child."

Actually, she said "males with past child predator convictions," which would include Josh if his parents had actually turned him in to the authorities on time.

Watch the segment of the Kelly interview below: