Bummed about the news that the "hiatus" never existed? Try throwing a snowball! 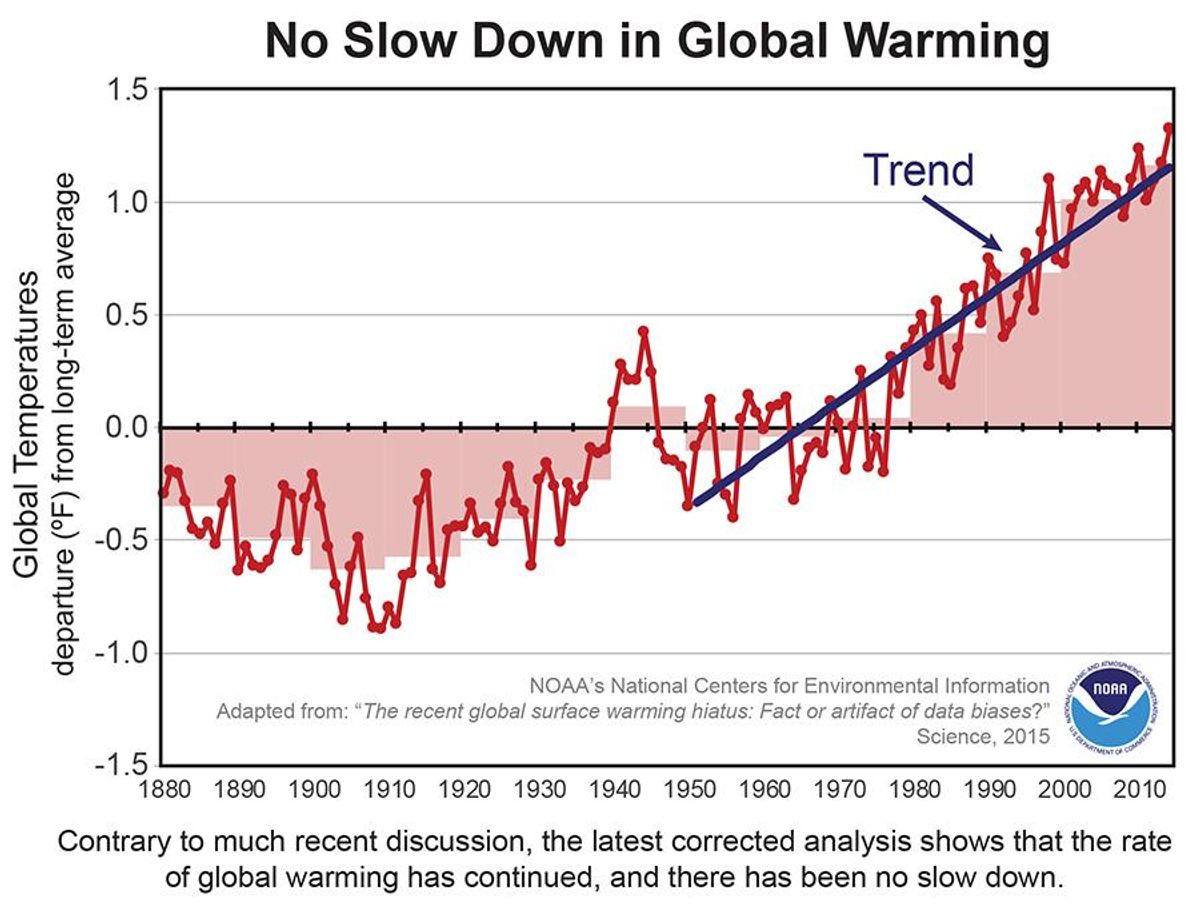 Oh man, NOAA really knows how to ruin a climate denier's weekend, am I right?

I mean, scientists (sorry, I mean "global warming alarmists") were already insisting that the observed "pause" in global warming in recent years doesn't prove that man-made climate change isn't happening, but now it looks like there was never any pause to begin with.

It's just not fair, you know? Because climate deniers only have so many myths they can keep trotting out again and again, and meanwhile the science just keeps getting more science-y. How are you supposed to compete with that?

The answer, my friend, is to shout louder. Here are some places to start:

"The climate is always changing"

An old favorite, which has the fun quality of being both factual and, so far as the conversation about man-made climate change goes, absolutely meaningless. Plus, the science is still totally on your side for this one. Just don't let anyone hit you with the follow-up question: "Okay, so what happened the last few times the climate changed really, really rapidly?" You're not going to like the answer, which involves a whole lot of species going extinct.

And please, whatever you do, do not show them this graph. This graph shows how Earth's temperature has historically moved in tandem with atmospheric CO2 levels, which are now rising crazy fast. It is a dangerous graph: Look awaaaaaaaaaay! (Centre for Ice and Climate via Skeptical Science)

"Back in the '70s, they were telling us we're all going to die from 'global cooling'"

Oh sure, go ahead, make this the one time you trust what you hear from the media. No one's going to dispute that nine-paragraph, back-page article that Newsweek ran in 1975.

Oh, him? He's just the guy who wrote that article. And he totally stands by it, with the not-at-all important caveat that climatology has evolved in the decades since, so that "while the hypotheses described in that original story seemed right at the time, climate scientists now know that they were seriously incomplete."

You know what, forget it. The media is stupid and reporters don't know anything.

"There are plenty of scientists who don't believe man-made climate change is happening and that '97 percent consensus' business is hogwash."

Oh, so you're British now? Cool. Anyway, you're right, there are lots of scientists and "scientists" and people with bachelor's degrees in electrical engineering and self-proclaimed "experts" who don't buy into this global warming nonsense, and the gas and oil industry is giving them all that money because they deserve it for being right. No other reason. Definitely not.

I've made a pretty exhaustive case for why the 97 percent statistic is legitimate, but I'm not an old white dude, so feel free to ignore me. You sure do. It's a very nice, cold, convincing snowball. You should go throw it at that Newsweek guy.