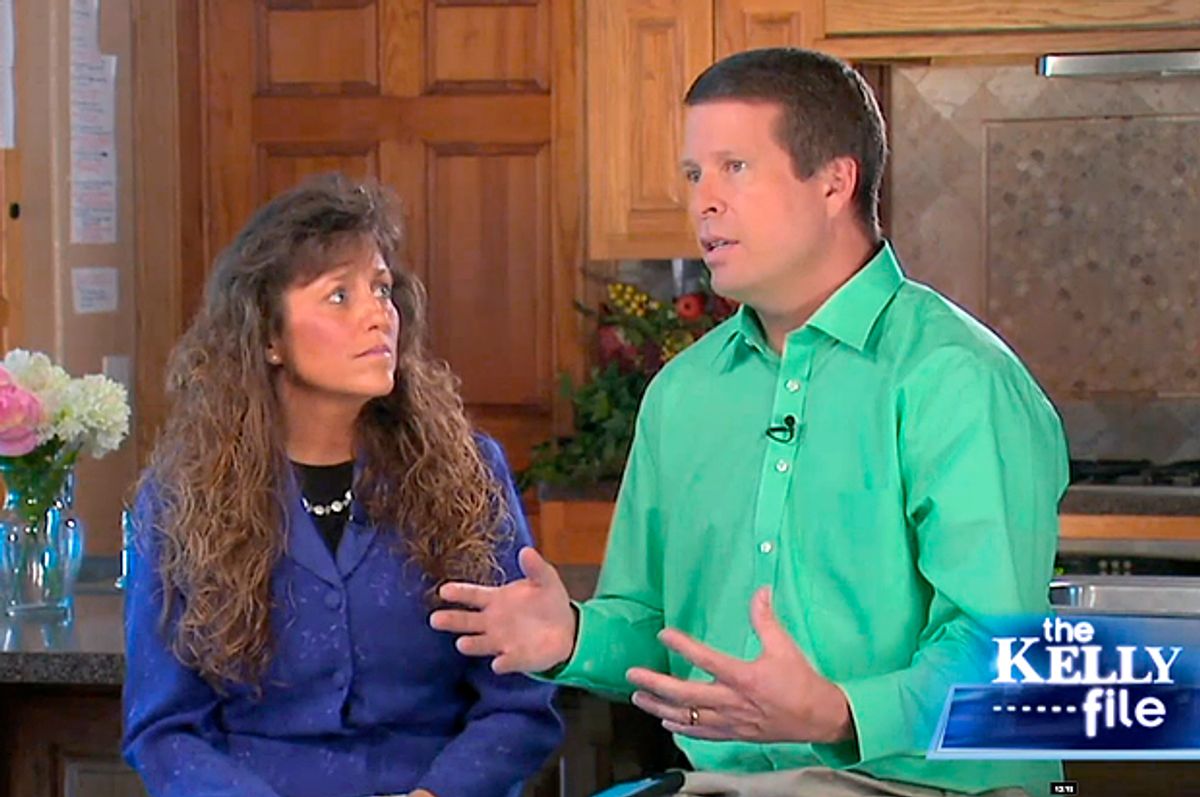 Fox News' talking heads -- foremost among them, Megyn Kelly and Howard Kurtz -- have been complaining that the "real" story involving the Duggars isn't that Josh's parents were complicit in burying his confessions of molestation, but that In Touch Weekly "illegally" dug them back up.

After Kelly's interview -- in which the Duggars repeatedly claimed that their son's sealed records had been obtained "illegally" -- In Touch Weekly defended its honor, providing proof that the information they acquired came through perfectly legal channels.

In the interview, Jim Bob Duggar suggested that Josh's records were released because someone at In Touch bribed Springdale Police Chief Kathy O'Kelley, when in fact they were released by city attorneys in compliance with a Freedom of Information Act request.

As NBC News' Phil Helsel reported, Springdale City Attorney Earnest B. Cate released a statement in which he said "[t]he requested record was not sealed or expunged, and at the time the report was filed. Any names of minors included in the report, as well as pronouns, were redacted from the report by the Springdale Police Department in compliance with Arkansas Law prior to release."

Moreover, the Duggars told Kelly that they "hadn't gotten a heads-up" about the release of Josh's records, even though the city is not required by law to alert individuals that their records are being released pursuant to a FOIA request. However, In Touch discovered that despite not being legally required to do so, the city of Springdale did, in fact, contact the family after the records were released.