Community Discussion: How can we help the bees?

The government wants to protect pollinators, but what can we do individually? 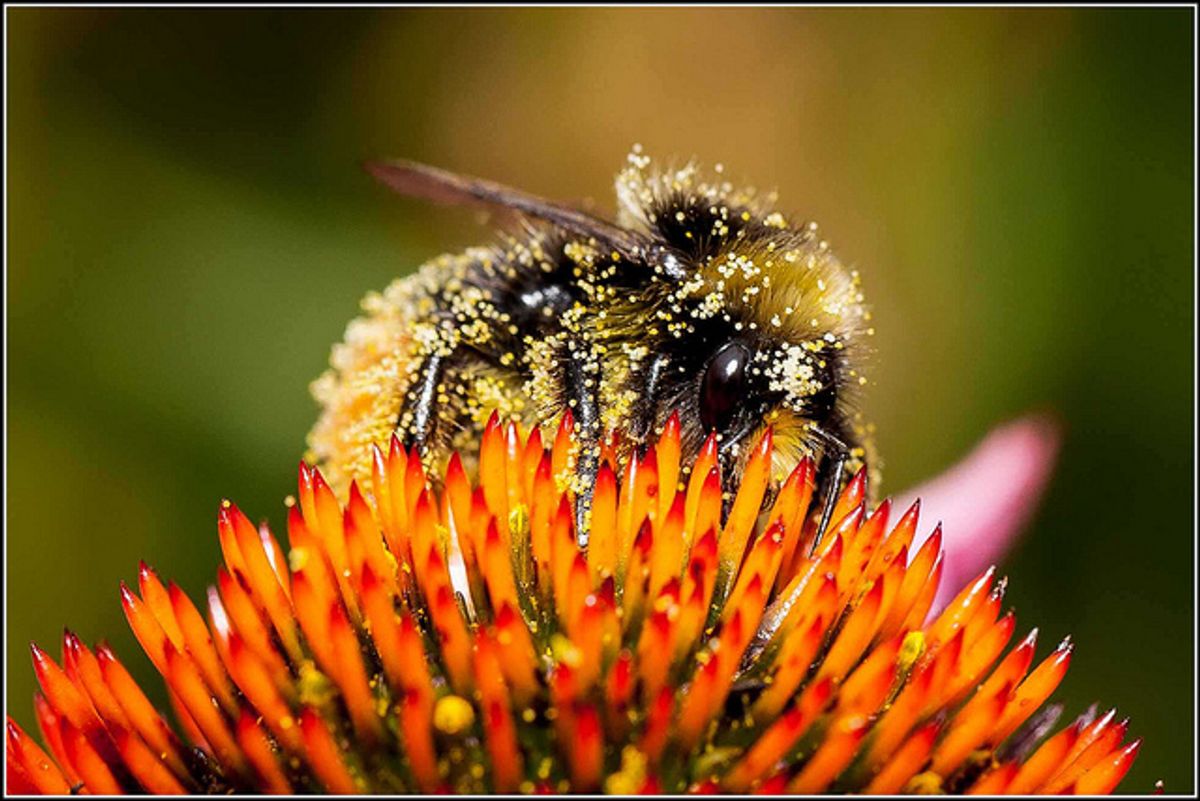 The good news (if you can call it that) is that we'll be able to survive without bees pollinating our crops. But it won't be much fun. Our diets would be severely restricted and we would struggle to feed even our current population. About 250,000 flowering plants depend on bees for survival, including many that provide medicines and fiber. If that doesn't convince you of the need to do something about accelerating deaths of bee colonies, how about $15 billion? That's how much honey bees alone add to the United States economy, according to the Pollinator Research Action Plan released by the White House in May. This lays out a plan to reduce bee colony deaths and to "restore or enhance 7 million acres of land for pollinators over the next 5 years." Most government agencies are given a role to play, from the Smithsonian Institution gardens to the Department of Defense, which turns out to have a pretty sophisticated pollinator protection plan (on a charmingly unsophisticated website) with some practical justifications:

While it's comforting to know that the military is doing its part, promoting pollinator health is something everyone can get involved in. June 15th to 21st is National Pollinator Week, so it's time to chip in and do what we can for our economy, diets and the general continuation of our species. Talking to Lindsay Abrams this week, biologist and author Dave Goulson stressed the benefits of individual action.

It’s a difficult one though, because people do tend to turn off if you’re too negative: “You’re destroying the world, everything’s going to go extinct.” People feel a bit helpless: “What can I do about pandas or polar bears or tigers or whatever?” But bees, again, are quite nice, because people can help. Grow some flowers in your garden, stop using so many pesticides. So you can do something yourself to help, and maybe getting people involved that way helps to then get them involved in the bigger issues as well. It feels like we have to do what we can.

Message received, but if you're not able to keep a garden or take up beekeeping, you still have options. Here's just a few:

You can support beekeepers by buying their produce, encouraging them to raise even more bees. Imported honey can be contaminated with pesticides and exotic bacteria, which isn't only bad for human health but could harm local bees if they eat the honey. For this reason, master beekeeper Ivor Davis recommends taking care where you leave your honey and to make sure you carefully clean out your old honey containers before throwing them away.

Pesticides, particularly neonicotinoids, are a leading bee-killer candidate. A major study published this week by Cornell University finds strong evidence that even supposedly harmless pesticides and fungicides have a negative impact on bee population health. Some environmentalists are criticizing the administration's pollinator plan for not taking enough action to reduce pesticide use. So do it yourself and shop for organic fruits and vegetables.

If you want to help more than just bees, why not bats? The endangered Lesser long-nosed bat is an important pollinator of cactus, including the agave from which tequila is made. Agave spends its entire life storing up sugar in preparation for blooming one time and one time only, but of course it's all that sugar that tequila makers want. They kill the plant before the bats get a chance to feed. Fortunately, there's an alternative: mezcal. As onEarth explains, mezcal "is harvested from any of the other dozen or so varieties of agave in Mexico, typically in forests rather than fields. The harvesters also leave far more plants behind than they take." That makes it a sustainable and bat-friendly drink. So this summer, raise a glass of mezcal margarita to pollinators everywhere!

That's only the beginning, of course. What other personal steps should we take to protect bees and other pollinators? What about butterflies, moths, midges and the lesser known pollinators? Have you already taken action yourself? Let us know in the comments!