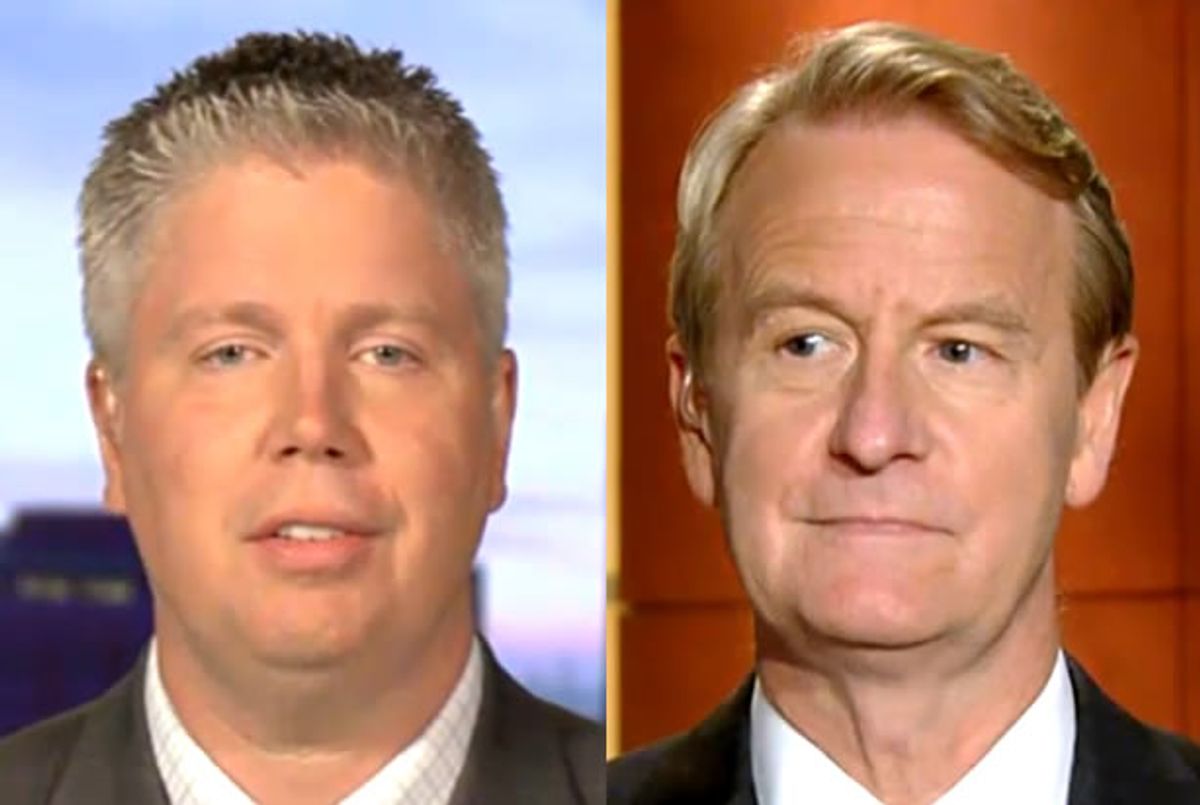 On "Fox & Friends" this morning, co-host Steve Doocy spoke to former police officer and friend of Darren Wilson, Jeff Roorda, about the "Ferguson Effect" and its purported impact on the ability of officers to prevent violent crimes in urban environments.

The "Ferguson Effect" is not a sociological theory born of deep research and rigorous peer review, so much as a hunch quantified by an ideologically dubious cherry-picking of recent urban crime statistics. As Jason Linkins noted in the Huffington Post, when Heather MacDonald tried to quantify the effect in the Wall Street Journal, she did so by tendentiously selecting only those statistics that proved America is in the throes of a "new nationwide crime wave."

The fact that the "Ferguson Effect" doesn't exist has not, however, stopped conservatives from positing how it works. In essence, years of President Barack Obama and former Attorney General Eric Holder criticizing police departments for the systemic abuse of African-Americans exploded into anger after the shootings of unarmed black teens like Trayvon Martin and Michael Brown, and now officers in inner cities are afraid to do their jobs for fear that they will be caught on camera using excessive force.

When Doocy asked Darren Wilson's friend whether he believed the "Ferguson Effect" is real, Roorda's answer was as unequivocal as it was unfounded. "Absolutely, it's real," he said. "I don't need a bunch of academic eggheads to tell me that we need ten years of crime statistics to tell us whether this is real or not."

And it's a good thing, too, since even five years of crime statistics would demonstrate that the homicide rate in New York City is down 32 percent from 2010.

"Sure," Doocy replied. "Because one of the things [St. Louis Police Chief Sam] Dodson said was that 'the criminal element is feeling empowered.'" The reason, Doocy said, was that "I see cops here in New York City all the time now where people are standing right next to them [holding up their phones], trying to get them doing something that they say is over the line."

"Exactly," Roorda said. "All this anti-police rhetoric you hear from the protesters, politicians, and some in the media has this gravitational tug to it. It's clear that [the "Ferguson Effect"] is just as responsible for the spike in crime as the moon is responsible for high tide."