Why do those other channels always have to make everything about politics? 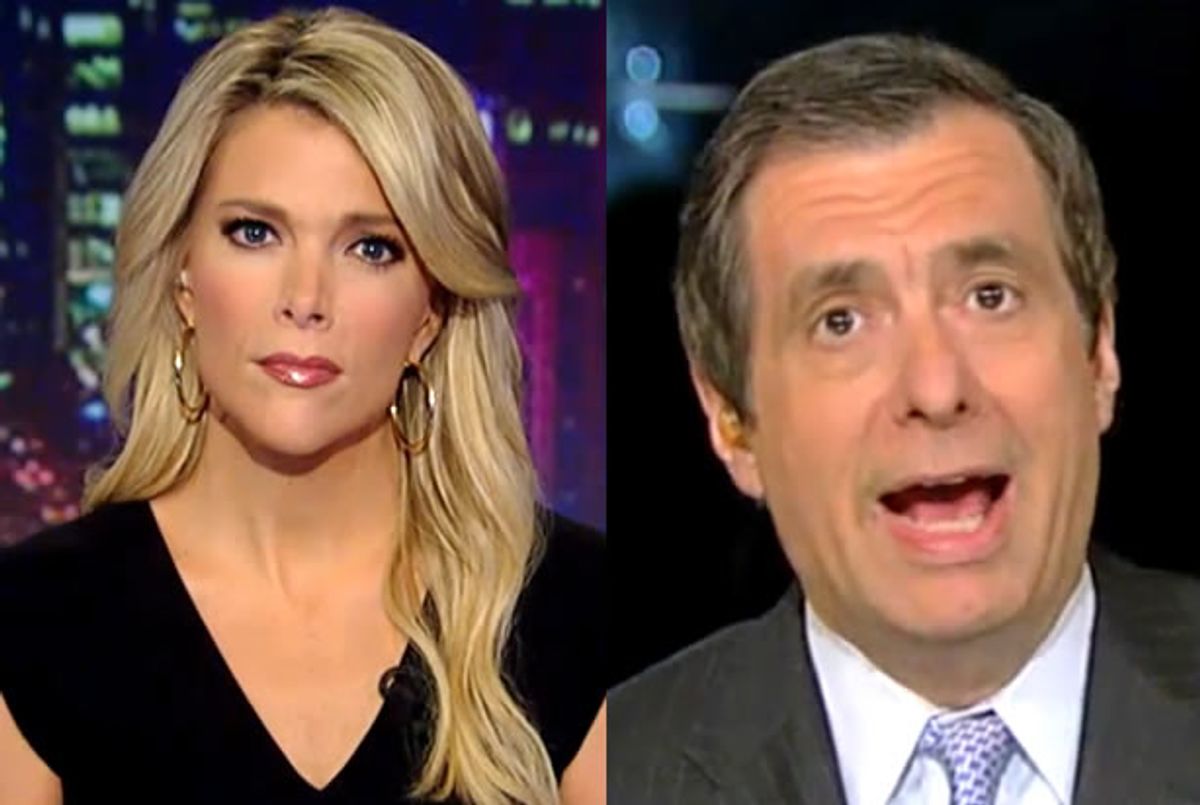 On "The Kelly File" last night, host Megyn Kelly brought in Fox News media analyst Howard Kurtz to discuss whether the Duggar family scandal is now a partisan political issue, and the pair agreed that by silencing those who support family values, "the liberal media" has made it one.

"Why must it go to the 'red-blue place' all the time?" Kelly asked.

"Because we live in such a polarized media culture," Kurtz replied, "that that becomes more important than anything else." He said that he's not "defending it, just explaining it," and that it "saddens him" that the right would "go crazy on Lena Dunham" for confessing, in her memoir, to having seen her younger sister's vagina when she was 7 years old.

He quickly tacked, however, pointing out that a writer for the Daily Beast had appeared on MSNBC and said that he wanted the Duggars to be interviewed by someone who would "shake a finger" at them and "damn them to Hell."

"That's our media culture in a nutshell," Kurtz said, as if MSNBC is the network that prominently features guests who wish eternal damnation on others. "If I don't like your ideology and you make a mistake, you should go to hell!"

Although Kurtz was casting aspersions on "the liberal media," it is worth noting that his segment immediately followed Kelly's conversation with Pastor Robert Jeffress, who just two weeks ago damned all Muslims to hell.

"Too many people in our culture," he said -- referring to Christians and the Duggars, not the Muslims Pastor Jeffress damned to hell -- just "aren't being treated as human beings."